I Never Thought That I Would See It! 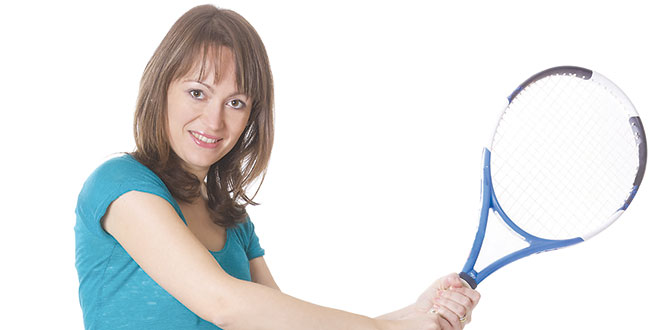 Due to the success of this stroke, thousands of new tennis players were introduced to this style and have flourished having implemented this stroke into their game. On the other hand, our new men’s French Open champion might be responsible for impacting the future of tennis because of his dominant one-handed backhand stroke.

Switzerland’s Stanislas, ‘Stan’ Wawrinka thoroughly dominated world number one, Novak Djokovic from the baseline with his overpowering backhand. His backhand allowed him to control the tempo and tenor of the match. Time and time again, Stan put himself in position to rip the backhand drive and open the court to either strike a winner or force an error and thus, win the point.

To be fair, Djokovic had one of the most difficult paths to the final. In the quarter-finals, Djokovic had to dethrone the greatest player in French Open history; Rafa Nadal. Additionally, the world number one had to beat one of the hottest players on tour in 2015, nemesis Andy Murray. The significant aspect of the victory over Murray is that it took over two days due to darkness. Unfortunately, Djokovic had to play another set and a half on the Saturday before the Sunday final.

Did the extra day of grueling clay court tennis against one of the top players in the game sap some energy from Djokovic? Did the physical and mental grind of beating both Nadal and Murray take a toll on Djokovic?

Clearly, the brutal draw combined with the two-day affair against Murray had some negative effect but it is difficult to quantify how damaging the effect was.

Ultimately, Stan’s coach, Magnus Norman helped develop a masterful game plan. Specifically, he targeted his serves to the Djokovic forehand instead of the expected backhand which enabled Stan to maintain control. Moreover, during each baseline rally, he also pinpointed the Djokovic forehand and was able to gain an edge.

In my opinion, this brilliant plan just may be the blueprint to defeat Novak Djokovic?

It is known on the ATP Tour that Novak Djokovic has the best service return and much of the credit must go to his double-handed backhand stroke. Too often, Djokovic is wielding his best stroke on key points and gaining his advantage. Stan was able to change the course of the match by avoiding the Djokovic strength while he was able to implement his best stroke and in many cases, over power Novak.

As an experienced coach and former player, I have had innumerable round table discussions concerning the one-handed verses the two-handed backhand debate; should coaches always teach the two-hander to all beginners?

Additionally, height can be a major factor as well because fewer balls reach above the shoulder with the taller tennis player. I often witness this example with my son as his one-hander finally improved as he grew into his six foot three inch frame body. In other words, when young Matt was playing in the 10’s, 12’s and 14’s, he constantly struggled with a high bouncing ball on the Florida clay court circuit.