I Hate To Leave This Beautiful Place 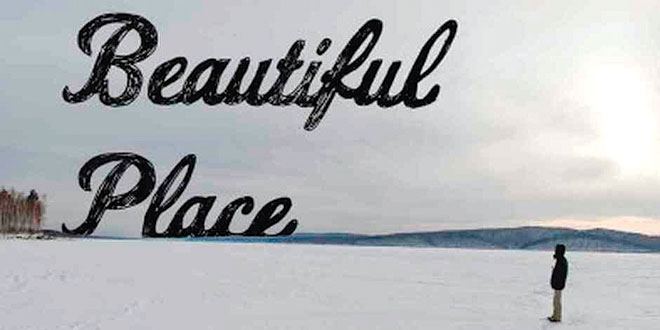 Lest you think this is a book about gorgeous vacation spots, let me explain the book title. “I hate to leave this beautiful place” is the call of a man turned into a goose in an Inuit tale. He repeatedly cries out this phrase as migration time, winter, approaches. That this is an exceedingly apt title becomes evident as you read the five sections of the book.

The publisher calls this a memoir, but that term does not do this exquisite book justice. This is one of the most beautiful pieces of literature I have ever read.

Memoirs begin with “I was born….” and usually proceed in chronological order of life events. Howard Norman begins with asserting that he is a confused soul and was guided throughout the writing of this book by the quote, “A soul that is not confused is not a soul,” from a 12th-century Japanese poet/monk, Saigyo.

Norman’s five sections cover his 15-year-old self working in a bookmobile in his Michigan hometown during a very eventful summer, a relationship with an older girlfriend which ended when she was killed in an airplane crash in Saskatchewan, a decade of life among the Inuit where he encounters a murderous shaman and an Inuit rock band that plays only John Lennon tunes, early family life in Vermont where they have a well dug during a drought, and finally a murder-suicide by a 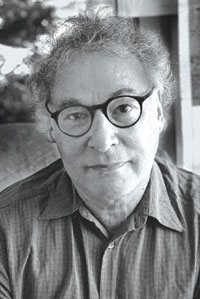 house sitter staying in the Norman family home in D.C. while they summer in Vermont.

This last section comprises the largest section in the book, perhaps because it was the most recent and his emotions were more accessible, or more likely because a small child was murdered by his mother who then committed suicide. These people were barely known to the Norman family, so there was no grief to be allayed, but to have such an incident occur in your family home is horrific and wrenching emotions had to be dealt with, particularly involving the child murder. Howard heads to one of his most beloved spots on earth, northern California, to find healing by time spent watching shore birds and soaking up the beach atmosphere.

I grew up in the Midwest at the same time as Howard Norman and his description of the summer of 1964 certainly resonated with me. The slow pace and predictability of every hour of every day of summer vacation, orange Nehi, khakis and white shirts (not me – my brothers), hand stamping the date on library cards, wooden catalogue drawers, hour-long lunch periods, still only a few places in town with air conditioning, most people relying on fans and bowls or blocks of ice to cope with the heat, described my life as well.

One thing Norman did that never entered my head was 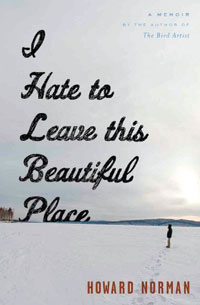 to write letters to the fathers of his friends and other people, 22 fathers in all. He wrote letters on the back of overdue notices, sometimes using up to 10 overdue notices. Ended up writing about 200 letters, AND carbon copies. He put originals in one large envelope, carbons in another and hid them in a filing cabinet in his home basement. He never intended to mail any of these letters, but after confiding to his brother’s girlfriend about the letters and their hiding place, he discovered that she had mailed them after he received a phone call from one of the fathers.

The summer of 1964 was the beginning of the road from innocence to experience for Howard Norman. The milestones were his relationship with his brother’s girlfriend, his encounters with his father, who supposedly was living in California but in fact, spent his days at the drug store across from the bookmobile, and Howard’s decision to hide that information from his mother.

Although the author refers to himself as a confused soul, I see a stalwart soul in these pages, one who, even if knocked for a loop by a friend’s betrayal, accidental death, or even child murder in his own home, rights himself and finds his way back to the joy of a normal life. “I Hate To Leave This Beautiful Place” is a most excellent way to spend a few hours of your own life.