I Dream of Africa 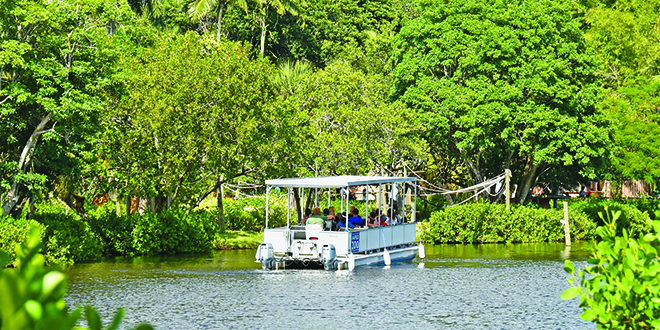 Here I was, face to face with a cheetah. The magnificent animal looked relaxed and happy. Hard to imagine that out of view, but close behind this captivating scene, was a large parking lot, almost filled with cars. It was the first Saturday of the month when Collier County residents have free entry to the Naples Zoo.

As much as twice a year over the last 15 years, I have taken small groups from the United States and Europe on safari in Africa. To go on safari, I have gladly traveled 20 hours or more in a variety of airplanes, jeeps, helicopters and boats from an old 747 Jumbo jet and the newer, huge 580 double-decker Airbus to a four-seater plane with a pilot who didn’t look old enough to possess a driver’s license. I have circled a dirt runway before landing to make sure the elephants gave us space and learned to love the landscape, animals and African people.

Now, here I was in the middle of Naples, Florida viewing lush landscape and spectacular animals almost as if I was on safari. How did this small zoo and these beautiful gardens come to be?

The area was first planted as a garden back in 1919 by botanist Dr. Henry Nehrling who introduced over 300 new and beneficial species to the United States. The area was forgotten when he passed away 20 years later. In 1952 Julius Fleischman purchased the property and took years to rebuild the gardens and dig a lake. Two years later he had created his showcase and named it Caribbean Gardens. For 17 years, Fleischman’s guests where entertained here. The list included Colonel Lawrence and Nancy Tetzlaff, known as “Jungle Larry” and “Safari Jane” because of their animal collection and breeding. They fell in love with the gardens and tried to 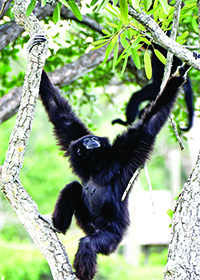 buy the property. Only after the death of Fleischman, did his family allow the Tetzlaffs to bring their animals here and create a zoo.

In 2001, the zoo achieved national accreditation by the Association of Zoos and Aquariums. In 2002, the Fleischman family, who had leased the

property to the Tetzlaffs, wanted to sell the 43 acres of the zoo, as well as the surrounding 120 acres of gardens. Desperate to avoid bulldozing the property, the Tetzlaffs tried to convince Collier County to buy the land. Finally, in 2004, a referendum took place and a record 73% of voters voted for the purchase.

Courtney Jolly Goff, Public Relations & Marketing Director for the zoo, left the banking world to work here and she has never looked back. She explained that, today, the non-profit organization is moving forward with many new programs including a much needed new entrance building for which, Ms. Guglielmi has donated a million dollars. Transformation of several of the historic buildings into museums and a new South American rainforest are among the many other projects planned, dependent on money raised from the public.

In the meantime, local residents and tourists can enjoy this small, beautiful zoo and experience close encounters with the 170 animals and 81 species of vegetation at this unique oasis in the middle of Naples located at 1590 Goodlette-Frank Road. Call 239-262-5409 for ticket prices, hours and special events.

Make sure you put the Naples Zoo on your program. You will enjoy it and help keep this jewel remain a part of Naples and Collier County forever.

Ewout Rijk de Vries is a journalist and photographer whose lead stories have appeared in newspapers and magazines in the United States and Europe. He and his wife, Jill, have also operated a travel agency, cruise company and small tour operator, America Travel Arrangements, here on the island for over 30 years.