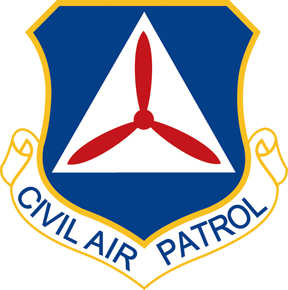 Regardless of where the storms are, Civil Air Patrol stands organized to respond. Locally, the Florida Wing along with the rest of the Southeast Region is capable and ready to provide similar support when needed.

With Hurricane Sandy, Civil Air Patrol (CAP) wings in the organization’s Northeast Region made many flights assessing damage from Hurricane Sandy, including those with aircrews looking for people possibly stranded and needing help.

The Northeast Region mobilized aircrews and other personnel before Sandy struck the northeast coast, launching two flights over Connecticut and Rhode Island, staffing emergency operations centers in each state, sending liaison officers to three Federal Emergency Management Agency regions, staffing the New York City Joint Emergency Management Center and helping the Red Cross load supplies onto trucks in New York. “We expect to do hundreds of sorties and obtain thousands of images for FEMA,” he said.

The region’s central command post in New Hampshire pulled aircrews from all nine CAP wings – Connecticut, Maine, Massachusetts, New Hampshire, New Jersey, New York, Pennsylvania, Rhode Island, and Vermont – in the Northeast Region, Ghiron said. Hundreds of members are involved in the air and on the ground, including officers and cadets providing assistance to Red Cross shelters in New York and New Jersey.

The storm’s impact varied widely from state to state. In Rhode Island, “there are whole houses completely moved and places were houses are no longer there,” said the wing’s commander, Col. Benjamin Emerick. “There are a lot of boats mixed in, too.”

His wing has “been flying in between the bad weather bands,” Emerick said. The Rhode Island Wing has been averaging 3½ flights a day, with multiple aircrews using the wing’s lone CAP plane Tuesday and Wednesday and generating about 600-700 digital damage assessment photos of the state’s storm-battered coastline, he said. Wednesday morning, he said, FEMA’s director of operations for the state received a bird’s-eye view of the coastline courtesy of one aircrew.

In addition, aircrew members have used one of the Rhode Island National Guard’s Geospatial Information Interoperability Exploitation Portable kits to provide live video of portions of the flights to the state Emergency Operations Center.

The Maine Wing’s aerial missions actually began a few days before the storm neared, with two flights carried out to supply 63 aerial photos of the state’s coastline south of Portland.

“The state was pretty proactive,” said the wing’s commander, Col. Dan Leclair said. “That way, they would know the extent of the damage.” Minimal damage was also reported in New Hampshire, where the wing flew a mission Wednesday to evaluate the impact on forested areas of the state.

Civil Air Patrol, the official auxiliary of the U.S. Air Force, is a nonprofit organization with more than 61,000 members nationwide, operating a fleet of 550 aircraft. CAP, in its Air Force auxiliary role, performs 90 percent of continental U.S. inland search and rescue missions as tasked by the Air Force Rescue Coordination Center and is credited by the AFRCC with saving an average of 80 lives annually. Its volunteers also perform homeland security, disaster relief and drug interdiction missions at the request of federal, state and local agencies. The members play a leading role in aerospace education and serve as mentors to nearly 27,000 young people currently participating in the CAP cadet programs. CAP received the World Peace Prize in 2011 and has been performing missions for America for 71 years. CAP also participates in Wreaths Across America, an initiative to remember, honor and teach about the sacrifices of U.S. military veterans. Visit www.gocivilairpatrol.com or www.capvolunteernow.com for more information