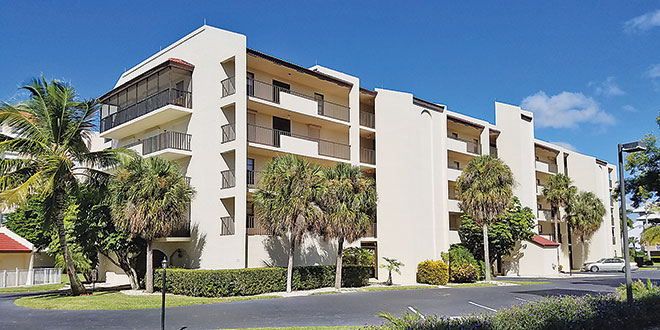 How’s the condo market? That answer depends on a number of factors. For instance, are you a seller or a buyer, where is the condo located on the island and what price range are you considering? According to the Collier County Property Assessor’s Office, Marco Island has 6,928 houses, 1,811 lots and 11,250 condos. That’s a total of 19,989 residential properties. Condos represent 56% of the properties on the island.

During the last three years Marco Island has averaged 1,171 residential property sales per year, including condos, homes and lots, creating a $699 million average annual market. Those sales represent a turnover rate of 5.9% for all properties. Condo sales during the same period averaged 572 transactions per year or 49% of the total number of real estate sales transactions on the island, with a turnover rate 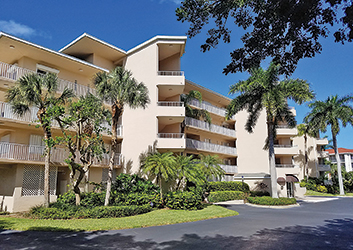 The Boat Club, on the water. Photos by Gary Elliott

Based on location, inland condos have the least amount of inventory for sale with just over six months supply, waterfront condos have nine 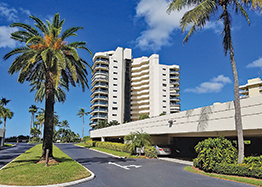 Sandcastle II, a condo on the beach.

months and beachfront condos have a 10-month supply. The lower the months of inventory available the more the market favors sellers.