How to be a Party Animal, Part Two 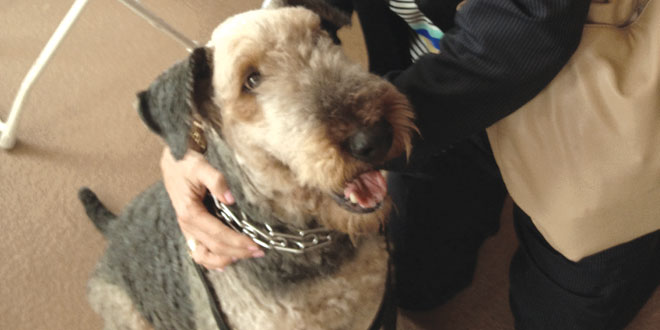 As my loyal readers already know, I am the undisputed king of the “party animal” universe. However, as a professional journalist with a high-profile position at Coastal Breeze News, I have actually never been to an “office party.”

Imagine my excitement as I hopped in the back of “Anderson Mini Cooper” to embark upon the journey of a lifetime—my very first official office jamboree.

In my mind, such an extravagant event would almost have to be a cross between the literary brilliance of the Algonquin Round Table in the 1920s and Holly Golightly’s infamous fete in Breakfast at Tiffany’s.

Coastal Breeze News had rectangular tables and no one’s hair caught on fire—bummer.

And though the Flying Elvi did not land in the parking lot of Coastal Breeze News World Headquarters as they did just a few months ago to herald the arrival of Physicians Regional Marco Island, at least two of the guys there looked a bit like 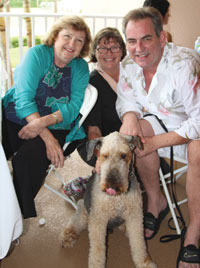 One guy was more of a “hot” Elvis, circa the Viva Las Vegas days. The other looked more like old/fat Elvis from his tacky Vegas years.

I just hope no one tells my Short Daddy that I compared him to old/fat Elvis!

As this was the first time I would meet most of my esteemed colleagues, I was a tad surprised when so many surrounded me and begged for photos and “paw-tographs.”

For the record, let me just say that Collier County Commissioner Donna Fiala really does NOT take “no” for an answer either. Geesh!

Plus, for a few minutes, I knew exactly how Justin Bieber must feel.

Of course, as lovely as the evening was, there were problems. You see, professional events are not always appropriately planned with pup partiers in mind.

First, it is evidently considered ill-mannered to eat hors d’oeuvres directly from the buffet—with just your mouth to do the heavy lifting.

Second, I was surprised to discover 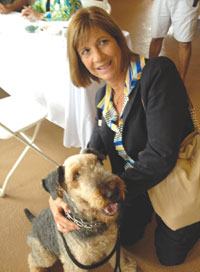 that I would be the only one there to relieve himself on the concrete walkway outside the office. Apparently, serious journalists do not perform such seemingly natural acts in public.

Third, though the concept of the butt sniff is widely understood as a pup’s personal greeting card, I suppose this act is best saved for the Marco Dog Park. Human journalists (quite literally) frown on this practice.

And finally, I was the only one there on a leash.

Hello? Anyone who has ever read “Goodland Life” by Coastal Breeze News’s Natalie Storm must already know that she needs to be kept under control much more than I do. Not to mention the majority of the population of Goodland itself!

Despite its highs and lows—the great food and Bordeaux—I will be absolutely thrilled when Coastal Breeze News Publisher Val Simon announces another staff shindig.

But next time, we’re all drinking out of bowls on the floor. Fair is fair, people.