How to Avoid Being Swindled – Part Deux 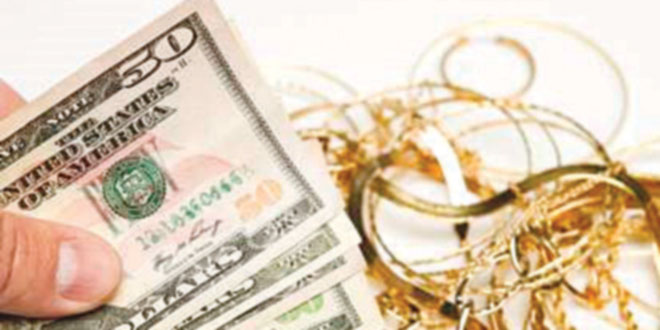 This is sort of a part two of an article I wrote a year ago regarding the wonderful world of jewelry scams, as well as some hard knock personal experiences and advice on how to avoid getting bitten by one.

Ah! The cruising vacation. It’s the excitement of being on the open seas — sun, fun, food and cocktails. Beware of venders hawking loose precious gemstones and gold chain-by-the-inch, especially if you have had a few. Sure the prices seem cheap because they are. The so-called gems you are purchasing are mostly rejects from the jewelry industry: poor color or badly cut irregular size gemstones that don’t fit any type of setting what so ever. Most require a custom-made setting created by a goldsmith, such as yours truly, and that can make that seemingly inexpensive purchase cost you a bundle later when you want to set your purchase into something you can wear. A large 10-karat blue topaz purchased aboard ship for a couple of hundred dollars can easily cost a thousand or so because you have to set it in an enormous ring or pendant setting.

Another on-board ship scam is the gold chain-by-the-inch. This gold chain-by-the-inch is the most misleading of scams. First of all, anyone with six inch rolls of “gold” is certainly not selling you real gold; it is simply gold plated brass or some other worthless metal underneath. When I questioned a chain-by-the-inch vendor, he outright lied and said it was gold or silver (also plated) chain. They will skirt around the truth on what you are actually buying and size you up on how ignorant you are about the subject. That way they can charge a little or a whole lot per inch. Now, he or she cuts it to size; slaps on a couple of jump rings and a worthless catch on one end; and there you have it.

A couple of seasons ago, a woman asked me to appraise such a chain she bought at a fair right here on the island for $299 from such a vendor; the plated chain’s value was $10 at the most. The handwritten receipt with the vendor’s name and phone number described clearly as a 20-inch, 14kt gold chain. We called the phone number. You guessed it. Not in service. He drove off into the sunset to another fair to do exactly the same scam in another place in paradise.

If you pay around $10, it’s worth it. Only down side is if you wear it, in a couple of weeks, the plating comes off, and it will eventually turn your neck green. Great deal! What do you expect for a gold chain that costs $10 bucks? It’s when you pay hundreds that it really hurts.

And speaking of cocktails, in foreign countries don’t shop for fine jewelry while intoxicated. That’s when the scammers smell green — namely your green backs. You are more likely to wind up being a victim of one of the oldest scams on the books; the bait and switch. I have seen the results of this scam performed in even “trusted” jewelry establishments. (Those include the ones sanctioned by the cruise ship companies.)

It involves being shown a really, really nice diamond set in a ring of her dreams, a bit of haggling while in the fog of a half a dozen mojitos, and the cost of the ring becomes the deal of the century. Only problem is while the salesperson is congratulating you on a wonderful purchase, another salesperson ringing up the sale is switching the ring you thought you bought with another that is exactly the same ring, only it has a really, really crummy center diamond.

Unless you are really sharp, the switch will go unnoticed until you get home and the ring gets appraised for a third of its purchased price. The result is a buyer’s remorse hangover.

The most prevalent scam is the so called “private jewelry auctions” you see advertised almost every weekend. They usually take place in major hotels for “two or three days only.”

My advice: Don’t go! In my 40-plus years in the business, I have yet to see a single piece of hotel auction jewelry worth anywhere near the purchase price, not to mention the horrendous quality of the diamonds and so called gemstones. Despite my warnings and advice, islanders still are drawn to this weekend nonsense that more often than not always ends badly for the buyer.

Under-karating is a problem both domestic and overseas. It involves buying gold jewelry that may be illegally stamped 22kt, or .750 (18kt), and even .585 (14kt), when in reality it is 10kt gold or even lower.

The up side is at least it has some gold value, but it does not have the purity you thought you paid for and will tarnish easily. Just multiply this scam times 50-100 duped tourists a day, and the dubious gold vendor will be racking up a very pretty profit per month. I have seen numerous cases where the purchases were purity stamped gold and not have a single gram of gold at all — just a heavy gold plating on the surface.

Purity stamps should be on any gold item purchased. The following may help if you buy gold abroad:

• 18kt: 75 percent pure gold with 25 percent base metal, such as brass, silver or copper alloy

• 10kt: 41.7 percent pure gold and the alloy dominates the piece of jewelry

In some European counties 9kt and 10kt gold jewelry is considered costume because of its impurity. Another tip: High karat jewelry, such as 22kt or 18kt has a noticeable heft. The more pure the gold, the heavier it feels. Look at the catches and connections. If they seem flimsy or of poor craftsmanship, the piece is most likely fake, or as we in the business call cheap jewelry used in a scam, “a gaff.” Also glued in gemstones are a sure sign of crummy quality.

And remember the old saying, “If it is too good to be true, it most likely is!”

When Did Everything Become So Complicated?Time for The Rebirth of The Amulet?Greetings and Salutations