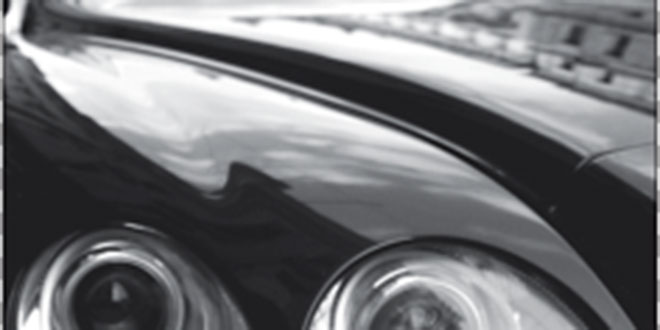 I’m pretty sure the question is asked in every jewelry store on the entire planet on a daily basis. I’m talking about folks who wish to purchase fine jewelry, diamonds, precious gemstones platinum, gold and high-end wrist watches to be exact. For many of the uninformed masses it’s darn near impossible for them to get their head wrapped around the fact that yes, this stuff is expensive, has been and always will be. If gold were cheap we would make cell phones and automobiles out of it.

The ones in the know, well they know (it’s a very small percentage of the population, believe me!) that the best things in life aren’t always cheap or free, fine jewelry being one of them. When was the last time you saw a two carat diamond ring BOGO? Like never!

So here I am, a goldsmith/jewelry storeowner for a better part of my life. I have experienced the businesses ups and downs for decades. A slight recession here and major depression there, were times I wondered…should I walk over the Marco Bridge or off it? It seemed there were times I had a better chance selling fur earmuffs on Residents Beach. I have done it all, seen it all, owned my own shops and worked for jewelry shops both here and up north. This darn business is an honest to goodness roller coaster ride!

Needless to say there are also the good times. I sold gold and diamonds to rock and sports stars and movie moguls, diamonds for hundreds of dollars and hundreds of thousands of dollars, and worked with and handled more gold in 50 years than millions of people will ever see in their lifetimes. So what is the point I’m getting at here? It’s the same phrases that I hear through the decades: “That much?” or “I never expected it to be that expensive!”

For example, I could not help but notice, and you can correct me if I’m wrong (or maybe I’m delusional, it’s a possibility) but the island appears to be infested with brand new Bentley automobiles. Infestation is absolutely the wrong choice of words, but nevertheless there they are – Here, there, and every time I look around I see a new Bentley; Seemingly more plentiful on the island than VW bugs were in the 1970s.

When I first moved here in 1994, I called it Miata Island; it seemed everyone owned a Mazda. So it’s now 2016, has the island upgraded to Bentleys? Did I miss the memo that I should be driving one also to be in with the “in” crowd? Wait a second; did we business owners just get blacked and blued by a killer recession? Nevertheless, I would sell a vital organ or one of my kids (one of them may put up a fight) to own a Bentley. It is to me the most beautiful car in the world. Now I understand to many of you, it’s just a car, only it’s my dream car – especially the black Continental GT Bentley parked out in front of my store as I write this, only thing is it happens to have a delivery price of around $237,786.

I have been blessed by starting the season with a busy store resulting in numerous diamond inquiries and sales, many are my educated regular customers and some are new consumers or are at least jewelry orientated, in other words, very knowledgeable about things that glitter, and are aware of the approximate cost; these people are a pleasure to do business with.

Then there are those who pretend to know it all after spending a few hours Googling behind a computer screen. “Cyber-scholars” I call them. Some learn a thing or two and some think that they learned something, but frankly, these would be the ones who believe everything they read on the internet.

One couple, I’ll call them the “Bentleys,” who just happen to pull up in front of my shop in…you guessed it…a brand new Bentley. They were interested in a fancy colored 2.5-carat diamond, and I was able to procure several loose gems and two finished pieces for them to look at. They were more than pleased with the selection. But when they inquired about the prices I thought they were ready to pass out! “That much?? We never expected it to cost that much!”

Now mind you, I have never set foot in a Bentley dealership, nor do I ever expect to (unless I win the latest power ball lottery or a sympathetic reader wishes to purchase one for

me). Only I have to ask this question: Does a couple in the market for a spanking new Bentley look at the window sticker and say, “Oh gee, it’s that much?” I kind of doubt it. It’s not like it’s a tad more than a Kia Sonata.

What in heaven’s name did they expect a fancy natural colored two carat-plus diamond to cost, $119.99 and two full books of S&H green stamps? When they told me what they expected to pay, I said that would be no problem if I had a time machine to bring us back to 1962. Only problem is its 2016! No time machine, no sale. End of story…Well, almost!

So yeah, I went and did it! I mentioned how beautiful the nice new white Bentley was that they drove up in. “Oh you noticed that?” (I don’t miss much.)

I know it’s none of my business, in fact it’s downright rude to ask what their car cost them, but the urban Boston boy in me (Savin Hill in Dorchester, Mass. to be exact) had to know, so I had to ask! They told me they got a great deal at $232,000, a substantial sum of money for a four wheeled vehicle to get you from point A to point B. Let me say this, just for keeping it for real’s sake, in 1962 you could buy a Bentley Continental for about $12,000 U.S.D. or 8,495 English pounds. So, if my time machine wasn’t presently in the shop I could take $232,000 in current U.S. dollars back in time, and then have nineteen 1962 Bentley Continentals in my driveway, so to speak.

The way I figure it is some folks have a twisted perception of what the finer things in life really cost. For example, a two and one-half carat magnificent natural bright yellow canary diamond can cost $18,000 and up, on average – not the $1,800 they told me they expected to pay, because they saw it on some farcical and non-sensible website. Poorly informed, but they have a nice car.

It is not my intention to insult all island Bentley owners. In fact, I wish to compliment the other 99.9% of Marco Island and Naples car connoisseurs on their sophisticated taste and obvious success, and offer you a free V.I.P card status if you would give my staff and I the opportunity to offer you our products and services. (The end result will eventually enable me to afford one too!)

“That much?” I had to shatter numerous dreams and be the giver of bad news this past Christmas when many uninformed consumer-type persons wanted to buy heavy gold chains for their loved ones, only to find out their $100 budget would barely buy the clasp, let alone the chain. Men’s long and heavy neck chains and bracelets cost thousands today, not hundreds. Yes, it’s true the price of gold is down, but it is still over $1,000 an ounce.

My holiday season favorite was a gentleman who wished to purchase a “Rolodex.” I mentioned that we don’t sell office supplies, and he told me “No, a Rolodex watch.” Oh, a Rolex! “You mean a Rolex,” I replied. “Yeah, a Rolodex!” (Ah yes! The joys of working with the public!) I told him it is a very nice but expensive watch, and I’m sorry I don’t carry Rolodex, I mean Rolex watches, and that the nearest dealer is in Naples. He retorted “What do you mean expensive? How much are they?” I explained that the all-stainless steel Oyster Perpetual is around $7,500, and the all-gold Presidential can run $75,000 and up depending on whether it has diamonds or not. He stood there and stared at me in a stunned silence. When he finally spoke, “That much? You’re joking right?” No, those prices are pretty accurate. He explained his girlfriend wanted one for Christmas and he had no idea they cost that much! I told him his girlfriend has exquisite taste, and he may have to work a little overtime to save up a bit, maybe get one for her next Christmas!

I don’t know if there is a moral to this story, but not to seem hypocritical, I just had to replace my store’s entire A/C unit. So when I was told what the estimated cost of replacement was, my reply: “How much?????? #*^@!”

“He who wakes up early finds gold” – Hungarian proverb.

Richard Alan is a designer/goldsmith and owner of the Harbor Goldsmith of Marco Island @ Island Plaza and welcomes your questions and comments or the keys and title to your new Bentley. Call 239.394.9275, email harborgoldsmith@comcast.net, or visit www.harborgoldsmith.com.