How Can We Win If No One Will Go to the Net? 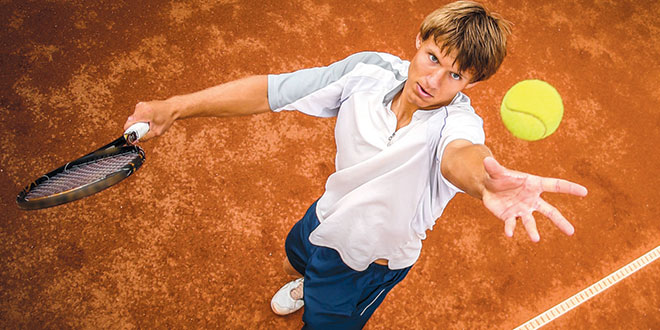 A few weeks ago, I received a text from a 4.0 player who was clearly perplexed about her last CTA match and wanted to solve the puzzle on the tennis court. Strangely enough, not many of my students have inquired about this particular dilemma, and I had tremendous compassion about her recent problem.

“Doug, it was so weird facing this last team because they elected to play from the baseline the entire match, and it threw us a curve, no doubt,” my student explained.

Hey, it is always tough when we face a strategy that we have not seen before. Moreover, when both teammates are unsure what to do, it feels lonely on the tennis court. After all, in team sports, one may call a time out and run to the sideline and receive advice from the coach.

One of the many reasons tennis is such an incredible thinking person’s game is that we must solve our issues on court with little help. So, in singles action, the player must come up with the answers alone or lose quickly.

In year’s past when our son was in the USTA boy’s 18 and under singles division, I was powerless when I watched his key matches. Prior to the 18 and under tournaments, coaches could interject 10 minutes of coaching when their player split-sets, and in many cases, it was so simple to offer basic coaching tactics like “hit to his forehand” or “keep your emotions under control.”

Ok, back to the circumstance my 4.0 woman doubles player faced a few weeks back during her competitive match. With the opponents staying at the baseline, my student no longer had an obvious target to contend with and this frustrated my team.

Ironically, in my era, everyone rushed the net, and it was pretty straightforward because the strategy was either:

As I have stated to my son on numerous occasions, my era (1970s and 1980s) was so much easier than what he faces in the modern game. Why?

Typically, the server and the returner stay back and battle it out at the baseline. For one, today’s players better comprehend the geometry of tennis or face serious consequences. In other words, a large amount of tennis was dictated from a north/south viewpoint as players chipped and charged into the net and faced groundstrokes and lobs. With the equipment archaic, it was a softer, gentler game.

However, with the changes with rackets and strings, players have far more options. For one, the east/west angles often pull the players off the court, and thus, there are many openings. So, when a young powerful server rocks a cannonball, the returner may either strike a winner or a shot that hurts the opponent. Hence, big servers tend to stick near the baseline and hope for a short ball so they can crush the approach shot and move forward to the net.

As a coach, I’m fully aware that a solid 4.0 player has outstanding racket skills but still is not quite ready for the pro tour. So, I advised my student to stay back and feel out her rivals with their consistency. Remember, when the other team is faced with their own game plan, it is conceivable they could freak out or lose their cool. CTA and USTA tournaments are tension filled, and it is not easy to employ a new strategy at a moment’s notice.

My second piece of advice was to have my team hit short balls and force the foes to leave their comfort zone. Now, once this team must fetch the short ball, there is an immediate target. If the rivals do not like to volley, start ripping balls right at them.

Another effective plan is to rally with the competitors from 80 feet away and start lobbing. Sometimes, the opponents will get complacent and begin to develop poor footwork. If so, hit a lob and move into the net and hit high volleys or overhead smashes.

I urge all players to visit their coaches and make sure to work on these new ideas on a weekly basis. Unless our competitive CTA and USTA participants continually work on new facets of the game, it is inevitable that they will revert back to their older, more comfortable styles. The game continues to evolve, and the players who embrace change will prosper.

As I used to travel with outstanding juniors, we were constantly reminded that there was only one winner in the tournament, and trust me, the state of Florida has so many present and past champions, it is quite a feat to win just one event. So, in order to embrace this awesome challenge, don’t stop working on your tennis game and embrace change!