Hope for the Hungry 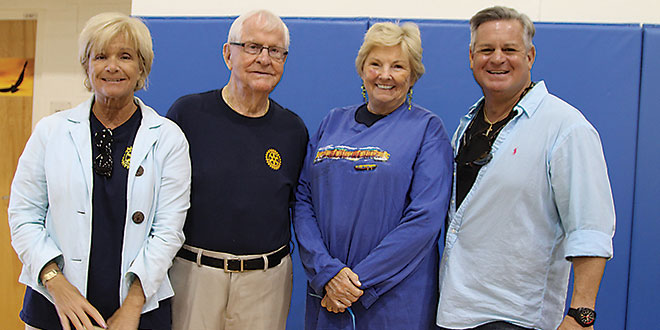 By all accounts, Captain Hope and his band of warriors successfully packaged a ton of meals at the Marco Island Charter Middle School. This was the third year the Sunrise Rotary Club, the Noontime Rotary Club and the Kiwanis Club came together to organize the event in the school gym. 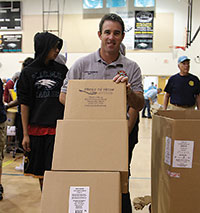 2015 goals are set slightly higher, but obviously, it will be no problem for Marco Island.

Steve Popper is a Naples Rotarian who brought the 501(c)(3) Meals of Hope to Collier County several years ago. According to Steve, the food packaged at the Marco Island event will be distributed through the Harry Chapin Food Bank and stay in Collier County. “We have packaged over 3 million meals so far this year and are on track to hit 5 million.”

Young and old, students and retirees, sports teams and scholars, businesses (including Coastal Breeze News), scouts, clubs and organizations, friends and family all worked in unison to “get ‘er done,” as the saying goes. Each macaroni and cheese meal packaged contained 21 vitamins, soy protein, and is enough to feed six people.

Neil thanked everyone for making the effort so successful and announced Saturday, Nov. 14, as the date for the 2015 packaging event.