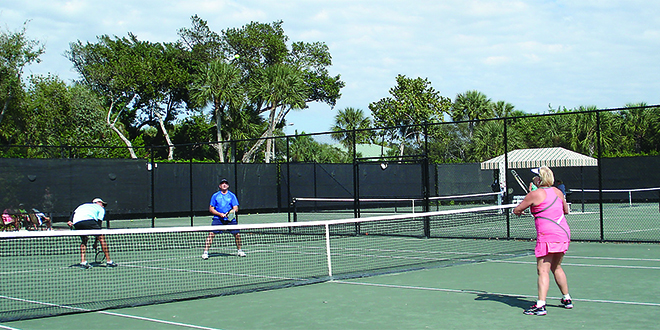 Today I heard the words “You have cancer.” How I wish I could hide away from this reality. ~ From the 1995 journal of a 38-year-old woman

Here is a new reality: That 38-year-old woman is now almost 60 years old and spends her days living cancer-free on beautiful Marco Island. The American Cancer Society (ACS) has been a driving force in creating new realities like this one, from which we never wish to hide away. The ACS is the nationwide community-based voluntary health organization dedicated to eliminating cancer as a major health problem by preventing cancer, saving lives and diminishing suffering from cancer through research, education, advocacy and service. The Hideaway Beach Cancer Committee has been an integral force in this mission.

In previous years, the Hideaway Beach Cancer Committee has been ranked #1 in fundraising efforts for the American Cancer Society in Florida and #30 in the nation. This year, the committee led by team captain Tom Sessa is continuing their good work in this cause.

Even if tennis wasn’t really your thing, there were still ways to participate. A 50/50 game gave a chance to guess the number of tennis balls in the hopper. A $100 donation purchased honorarium signage around the courts in honor of survivors and in memory of loved ones lost, reminding all of the real meaning of the day.

Although Tye Myers, director of tennis at Hideaway, said there were no winners or losers in this friendly competitive tournament, I tend to disagree. I would say it was “Game, set, match – Hideaway” with Cancer exiting the court in defeat.

Sunday’s plans in the fundraiser originally included Goofy Golf. Unfortunately, heavy rain forced its cancellation. But on Sunday night, it was time to party with a lavish dinner and auction at the Hideaway Beach Club. Auction items included several member dinners for groups of friends at Hideaway homes, boating events to Key West and a tour of Port Royal, specialty items like a one of a kind hand carved wooden eagle and an autographed picture of Chicago Cubs World Series star Anthony Rizzo, a cabaret night at Artis Naples, and all inclusive dinners at specialty restaurants.

The Hideaway Beach Cancer Committee is always accepting donations in the fight against this dreadful disease. Please visit www.hideawayhelps.com to make a donation and learn more about the dedication and generosity of this phenomenal group of people.