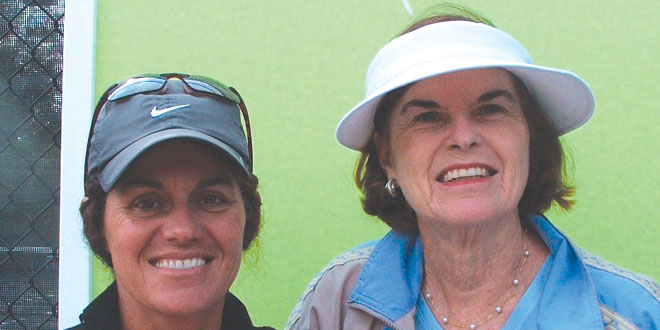 The Hideaway Beach Club is hosting its Fourth Annual Open Doubles Tournament March 1-2, and is offering the following events: Men’s and Women’s 3.0, 3.5 and 4.0 divisions. Each team is guaranteed two matches, logo t-shirt and lunch. The first 16 teams to sign up in each group are offered a spot in the draw.

Here is the list of our 2013 winners: Women’s 4.0, Rachel Schenk and Jackie Pham; Women’s 3.5, Noreen Pitts and Carrie Masci; and Women’s 3.0, Margaret Kimberly and Ibit Scott. In the Men’s divisions, the 4.0 champions were Mike Piro and Eric Sonnenberg; 3.5 champs were Ken Kotowski and Toby Burr; and in the 3.0, Dan Edinger and David Goldfarb.

Due to the popularity of all of the Marco Island events, it is wise to sign up early. Every doubles event will be the best two-out-of-three set matches with a 10-point Super Tie if the match is tied at one-set all. Deadline to sign up is Tuesday, Feb. 25 at noon. Players may call for their start times at 239-642-6300.

The big one is coming fast at the popular “Love of the Y” tennis tournament beginning Friday, Feb. 7 and running through Sunday, Feb. 9. This is the oldest and most established tennis tournament on Marco Island as it is celebrating its 24th year! The “Y” tournament offers men’s, women’s and mixed doubles events, and each player is only allowed to enter two events. The entry fee for each event is $30 per person, and on Friday evening, there is a player’s party. Saturday is a continental breakfast and lunch, and on Sunday, another continental breakfast as well as raffles awarded.

If you are interested in donating or entering, please call 239-394-3144, ext. 224. The tournament will be run by director Raul Saad, who has done a remarkable job at his facility and is planning on a huge event. We encourage all tennis enthusiasts to play and enjoy a great weekend of tennis with Raul and his fine staff.