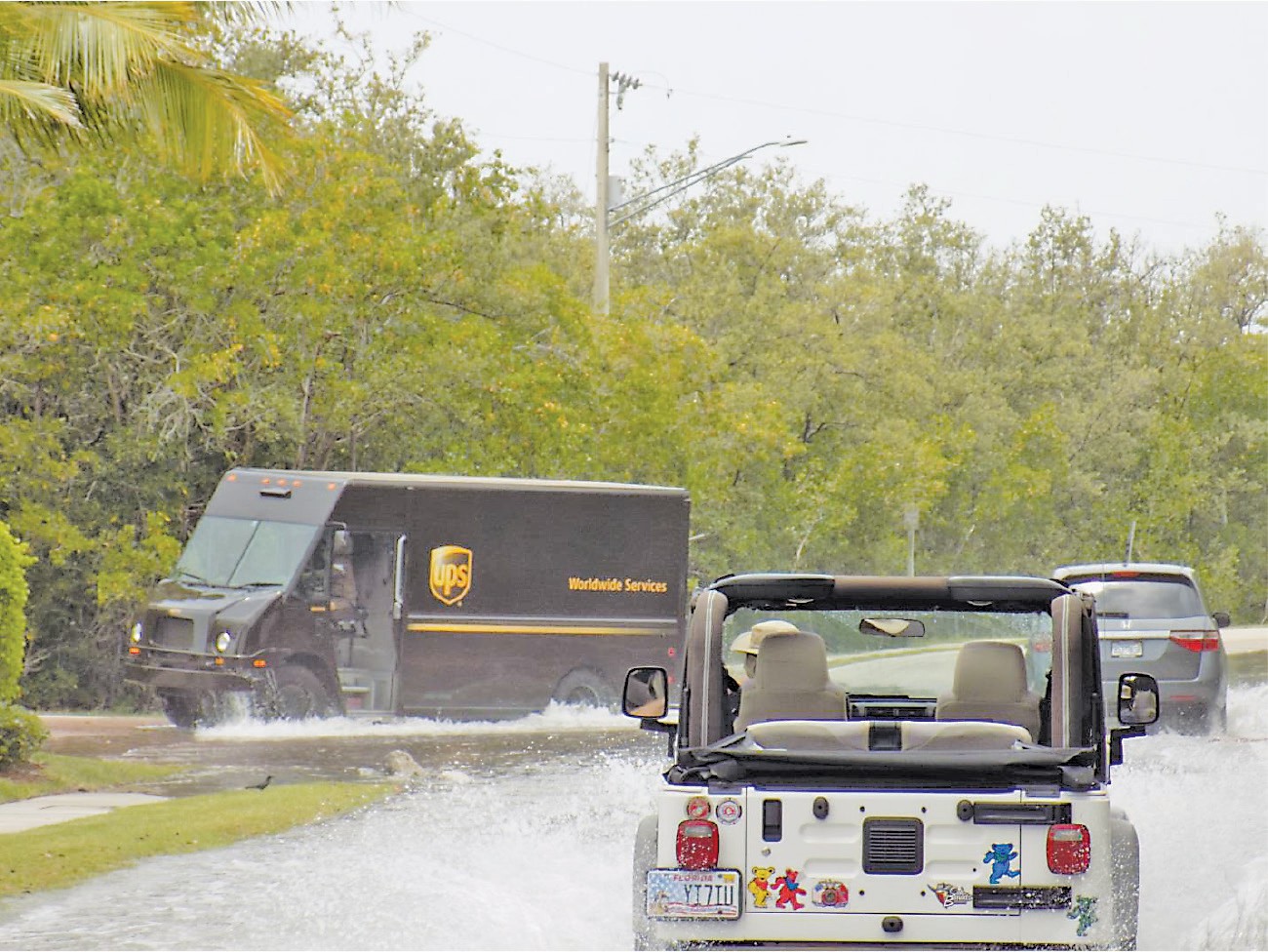 On Wednesday, May 24, on a clear and sunny day, traffic in Goodland slowed to a crawl, except for the adventurous, as the salt waters of the Gulf once again overtook the road. It happened again, although to a lesser degree, on the following day. Those wishing to protect their cars from a corrosive salt bath, turned around and went home, whether entering or leaving Goodland. “I just got a new car,” said Sandy Montagne, “and I didn’t want to run it through the salt water. It’s all I have.” She called her employer and told him she wasn’t coming in to work. My wife who has been suffering bouts of excruciating pain had to cancel a medical procedure which had been giving her a measure of relief. Goodland merchants and some residents have had to sell their vehicles for junk, after running continuously through the salt water on errands and appointments. I am one of them, and am acquainted with the merchants, who have no other choice than to slosh 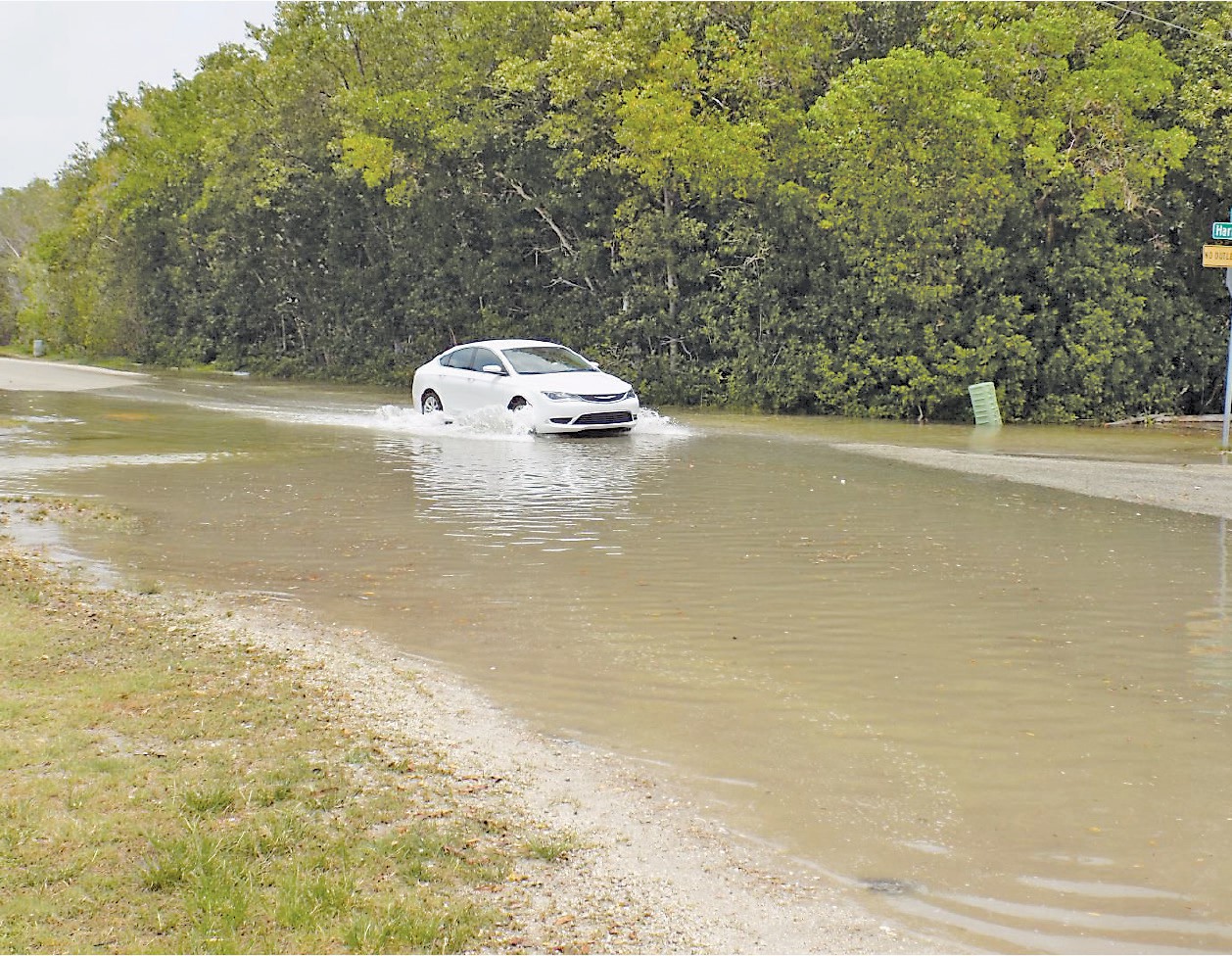 through this hubcap deep brine, to service their customers. Too late for many, we are finally realizing how damaging is has been to our only overland mode of transportation over our only road to the mainland.

In the two years I have been keeping track of this, the ever-encroaching water plays no favorites. It rears up in all seasons, rain or shine, windy or calm. To add insult to injury, on every trip, we are subjected to bone shaking, suspension rattling, washboard imitating rides over a road which the City of Marco Island seems to have given up on years ago. Roads must have been like this during the Great Depression of the 1930s. The county finally seems poised to take back the road after an ill-advised transfer of jurisdiction to the city in 2002. They have the resources and the political will to end this nightmare. Even more important, the commissioners, with Donna Fiala leading the parade, really like Goodland. They recognize our importance to the county and want to keep us around.

Charity Begins at HomeGrinch Prevention!Liability Comes with Loaning Your Car