Helping Sea Turtles, One Nest at a Time 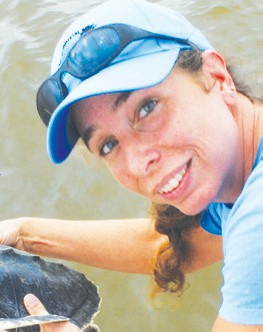 An early-morning walk on the beach is routine for some Floridians and a treat for many visitors, but it is also part of an important summer job for a handful of volunteers, interns, and staff at Rookery Bay National Estuarine Research Reserve. Just south of Marco Island, the Cape Romano complex is an active nesting beach for sea turtles, and protecting their nests is a critical part of managing this habitat for these threatened and endangered species.

May 1st marked the start of the annual sea turtle nesting season. Under the cover of darkness, female turtles come ashore on area beaches to make their nests in the sand. The most common species nesting here is the Loggerhead, and green sea turtle nests are also recorded on occasion.

In 2006, Research Reserve staff surveying the beaches of the Cape Romano complex discovered that hardly any sea turtle eggs were hatching, mostly because nests were being infiltrated by hungry raccoons looking for an easy meal.

Unfortunately, sea turtles have many natural threats that cannot be controlled. Nests and eggs are constantly threatened by storm events and erosion. Hatchlings make easy meals for beach predators, seaside scavengers, and many species of fish. Even adult turtles, which can grow up to 40 inches in length and 400 pounds in weight, can serve as food for sharks. Other threats, such as red tide and stress from the cold, can kill turtles at any size.

It became clear that something needed to be done to protect the eggs during incubation, so 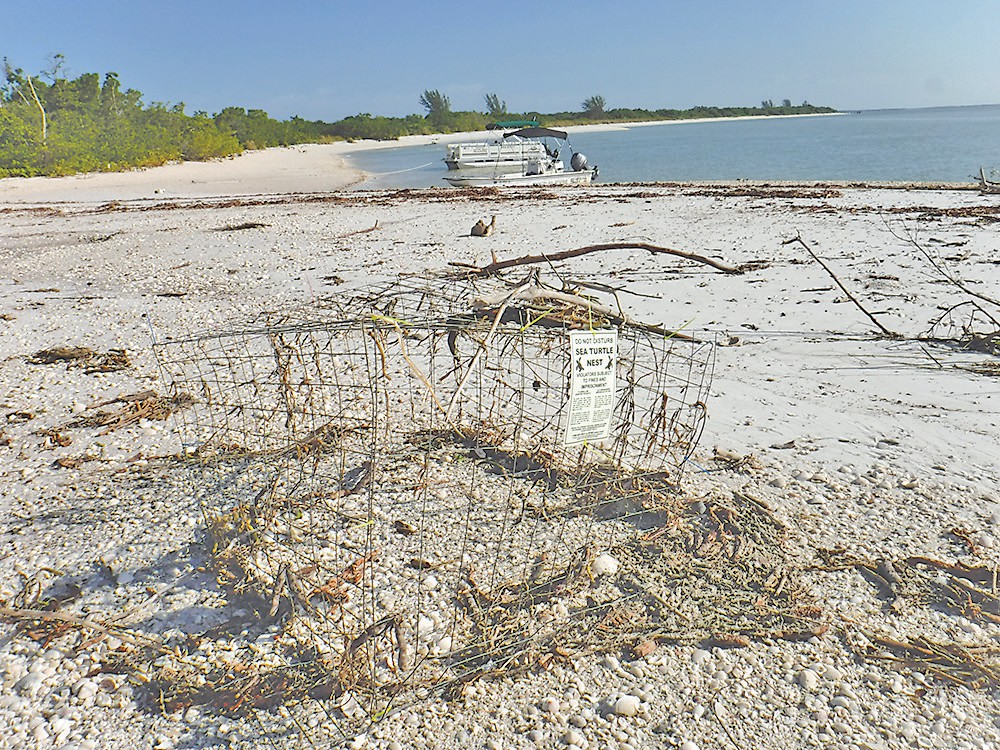 Research Reserve staff began placing wire cages over every nest possible. It is a labor-intensive effort that requires dedicated individuals to be at the beach every morning, rain or shine, to find the nests before predators do. They walk miles of beach in search of what appear to be tire tracks — a telltale sign that a turtle has emerged from the water — and follow the tracks to the nest site. Once the nest location is confirmed, they work to carefully erect a wire cage over the top. The bottom edge of the cage is buried six inches below the sand to prevent raccoons from digging underneath, and the mesh is large enough to allow hatchlings to escape 55 to 60 days later.

Since 2006, approximately 29,000 hatchlings have emerged from a total of

949 nests at the complex. Sarah Norris is a Bradenton native who joined the Research Reserve team in 2015, filling one of two internship spots established to manage this effort. While enrolled at Florida Gulf Coast University (FGCU), she had the opportunity to work with Dr. Phil Allman to conduct turtle nesting surveys in Ghana. She has also held sea turtle internships with

Mote Marine Laboratory and the

Conservancy of SW Florida. Sarah is currently working on her Master’s degree at FGCU and is now a part-time employee at the Research Reserve, responsible for overseeing two new interns and dozens of volunteers who work to protect turtles. 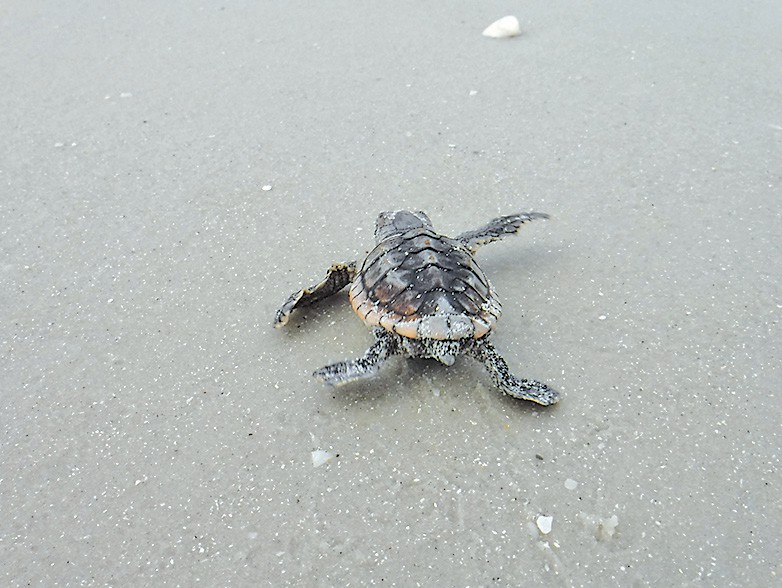 Conservation Commission and Collier County Parks & Recreation department, as well as many partners, to monitor and protect nests on the beaches within the 110,000-acre reserve, which encompasses roughly 40 percent of the Collier County shoreline. Nest monitoring on Keewaydin Island is managed by the Conservancy of Southwest Florida. Nest monitoring in the Ten Thousand Islands is managed cooperatively with Ten Thousand Islands National Wildlife Refuge. The newest partner on the scene is the Friends of Rookery Bay, the citizen support organization for the Research Reserve.

Friends of Rookery Bay started supporting the Reserve’s interns and helped purchase the necessary supplies through their Adopt-A-Nest program last year. Nest adoption costs $250 and includes the following: The supporter’s name on the cage’s

“turtle tag” A letter detailing the nest’s location with coordinates, date of expected hatching, etc. A second letter with the result of hatching An invitation to the annual Sea Turtle

Despite Tropical Storm Hermine, which washed away 58 nests around Labor Day, caging efforts in 2016 resulted in a record-number of nests protected: 5,530 hatchlings emerged from 207 nests at the complex. The Adopt-A-Nest program was crucial in ensuring the continued protection of these precious resources, with 27 of 207 nests supported. Learn more about this program and how you can help at www.rookerybay.org.