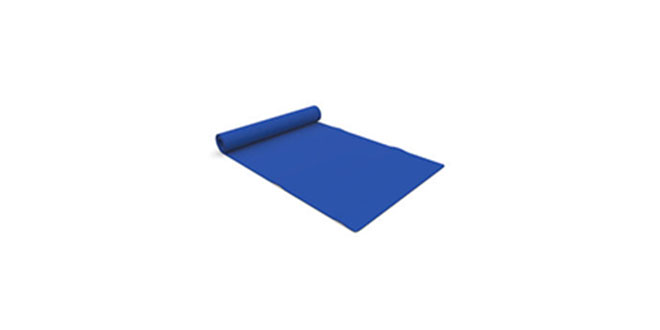 Marco Island has a lot of nifty amenities besides the beach and the periodic comedy routine at City Council meetings. One of those amenities is the $5 a session workout for “Over 55 Year Olds” at Mackle Park.

Although my wife clearly looks younger than 55, she managed to dupe the authorities into believing she qualified, and they cheerfully accepted her credentials and her five bucks. The first session went swimmingly or, rather, physically terrific. She returned home, tired, exuberant, and certainly thinner. The exercises include lifting some free weights and doing a lot of roly-poly stuff on floor mats. No, they have nothing to do with that hazardous material stuff (Hazmat); Yes, they have everything to do with possessing an exercise mat (Hasmat, Will Exercise).

Since the lessons began off-season the class was small and there were Mackle Mats available for all at no extra charge (another spectacular Marco amenity). Thus exercise became a steady routine, and her morale soared as her figure slimmed. She made all the necessary schedule adjustments to accommodate nails and hair-dos. In every respect she was approaching Nirvana. Life was good.

Then a few clouds appeared – sometimes known as “The Season”. The exercise class grew and grew. To glom onto a “Mackle Mat” she had to appear at the screech of dawn or risk having to roll around on the dark, dirty floor. The alarm kept going off earlier and earlier. She persevered and reconciled herself to getting herself to the door just as it opened while she looked ahead to more tranquil post-season days.

Unfortunately things deteriorated. The exercise room erupted into near open conflict or, at least chaos, as the demand of the over age 55 ladies (the estimate is that there are about 100 ladies but only one guy in the class) swamped the demand for mats. Finally the day arrived when my wife arrived home early, a bit disheveled, and somewhat perturbed. Meekly, I queried how things had gone. “I’m really annoyed” she replied. (Actually her language, while not too earthy, may not have been fit for a family newspaper). “May I help dear?” I asked sweetly. (This is my story so I can make myself as noble as I’d like). Then the whole story came out.

As usual my wife got to the arena early and latched onto a mat. She put down her towel and pocketbook and briefly left the scene to go to the ladies room or something equivalent. When she returned the mat was gone. Gone! That meant no floor exercises. Rather than gather the usual suspects, I suggested that we go all out and buy a new mat. “Good idea”, she said, temporarily stifling her anger. “But who sells exercise mats?” I was having an unusual brilliant streak and told her I would find the place. Voila – three minutes in the yellow pages and two phone calls later I was advised that Sports Authority had mats. Off we went. At the store we threaded through a bevy of very fit, very young people and found the mats department. There it was, waiting for us. A beauty! At least four inches of comfortable padding; easily foldable; lightweight; a nifty carrying handle and everything but old Cadillac tailfins. After looking at some inferior models we sprung for the $40 smackers and joyfully drove home. The first thing we did then was get out the trusty labelmaker and affix her name very carefully on the new mat. No, we did not buy the optional surveillance camera.

As expected the mat was a sensation. Numerous elderly ladies were recently seen racing across the Jolley Bridge on their way up to Sports Authority. Also, as expected, my wife is in trouble with some of her exercise mates. Sports Authority has sold out of exercise mats.