Have you ever video-taped your mind? 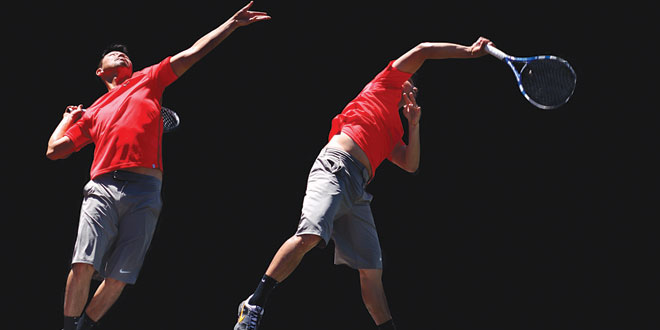 Due to Jak Beardworth’s efforts, we had at least 100 adults and juniors attending the mental toughness clinic and they were excited to learn from Dr. Jim Loehr. After all, Jim had been working with many leading pros on the ATP Tour and he gained a stellar reputation in the tennis industry. Jim came to the event well equipped: heart monitors, video cameras and target trainers. After a brief warm up, Jim instructed two juniors to play a few points. He had one of the volunteers set up the video. “Don’t film the action, wait for the point to end. Then video Danny as he prepares for the next point,” Dr. Loehr instructed.

As a 25 year-old pro, I was caught off guard with Jim’s tutoring. But, then Jim whispered to me, “Let’s see how Danny handles adversity. I will add a few twists and then we can go inside and analyze Danny’s emotions during the heat of battle,” Jim gleefully added. Then, without warning, Jim pulls Danny’s opponent aside and instructs him to make a bad call. What? Every USTA veteran competitor is keenly aware that cheating is a big part of tournament action. Whether we are discussing adults or juniors, players must know how to react when receiving a bad call.

“No way, that ball was in by three or four inches,” Danny screamed. “Let’s see if this becomes a huge meltdown. I don’t know this kid but he is teetering toward another blow up,” Jim explained to the audience near him. Two points later, Danny’s foe made another horrible line call and Danny went ballistic. “I’m not going to play if you are going to keep ‘hooking’ me. You are such a cheater. Come on,” Danny yelled. Jim immediately stopped the action and explained to the audience what he observed and offered numerous tips on how to handle this prickly situation.

“Danny, don’t tell me this was the first time you got hooked? It is clear that you are an excellent tennis player. One of your coaches told me that you have a solid Florida ranking and that you have played some Sectional tournaments. When you see the video tape, you will be stunned at your physical reactions to bad line calls. It is my hope that you will understand how destructive that type of behavior is when you are confronted with a cheating opponent. And there 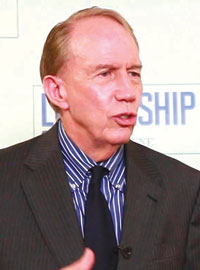 are so many different methods that we can explore to handle this situation in the future,” Jim explained.

For the record, Danny was appalled to see how he became unglued when he faced the bad line calls. “Please respect what a difficult challenge Danny faced earlier today. He is a solid player and an honest kid. He got rooked out of a point and he erupted. My first suggestion is to work on breathing. If we can just pause for a moment, we are less likely to over react. Furthermore, when we are upset, our opponent is gaining confidence. Danny should move up to the net and inquire about the line call. But, he cannot lose his cool; make your point and be prepared to move forward,” Jim offered in a cool voice.

Ironically, I received similar advice as a junior tennis player from my outstanding coaches at the Milwaukee Town Club. “Doug, you are going to a National Tournament in Chicago (River Forrest Junior Invitational) and I guarantee that you must learn to stick up for yourself. Particularly when you are receiving serve, it is crucial that you say the score out loud if he isn’t doing it.” (When the server is losing, it is commonplace to remain silent. This is a ploy so the receiver doesn’t keep track and may forget the exact score.) “Remember, Doug, the big city guys will try to take advantage,” Coach Tom Wright offered. During practice, coaches must adequately prepare their kids for tough competition or they will freeze under pressure.

Another amazing drill that Jim Loehr taught me was the “yes” drill. The purpose of the drill is twofold: One, it is imperative to breathe out when striking a tennis ball. (When players “choke” they hold in their air.) Two, implementing the “yes” when striking a ball is positive and energizing. As a coach, I’ve been using this “yes” technique for over 30 years and without a doubt, it has positively affected over 5000 tennis players. Having a positive frame of mind is essential on the tennis court and in life and the “yes” drill instills this over and over.