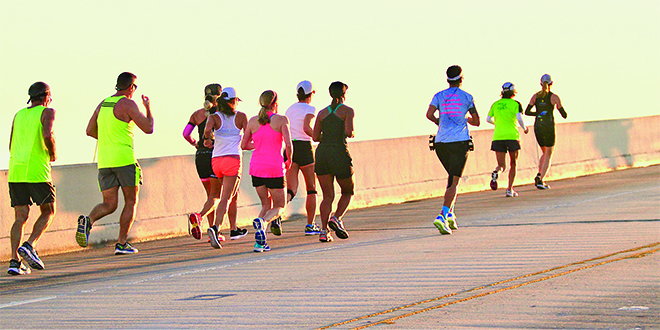 Entrants in the 2017 Marco Island Bridge Run Half Marathon could not have asked for better running conditions, with sunny skies and temperatures in the upper 50s as 167 entrants raced toward the Stan Gober Memorial Bridge at 7:30 AM on Sunday, March 19.

The overall winner, Greg Kaczka of Marco Island, a former track and cross country runner for the University of Miami, also won last year’s event. He covered the 13.1 mile course in 1:14:20, easily outdistancing runner-up Marty McCormick of Arlington, Virginia who finished at 1:18:56. Fort Myers’ Daniel Egan finished third overall with a time of 1:22:39.

The top female finisher was 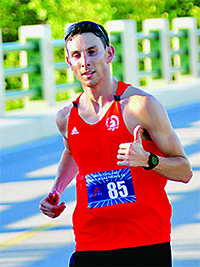 Greg Kaczka of Marco Island, who ran track and cross country at the University of Miami, won the Marco Island Bridge Run Half Marathon for the second year in a row.

Stephanie Bland of Oxford, Michigan with a time of 1:32:03. Alexis Lamb of Marco Island was the second female finisher at 1:35:23. Brittany Jerden of Bloomington, Indiana finished third among the ladies at 1:37:42.

The runners enjoyed the chilly temperatures early, by the temperatures rose quickly into the mid-60s—and a brisk head wind kicked up to make things a little more challenging as the racers made their way out of Key Marco. The Marco Island Bridge Run Half Marathon is a USATF sanctioned event.

Organizers are already pointing towards 2018, with a race date of Sunday, March 18. Full results, and information on next year’s race, can be found at marcoislandhalfmarathon.com.