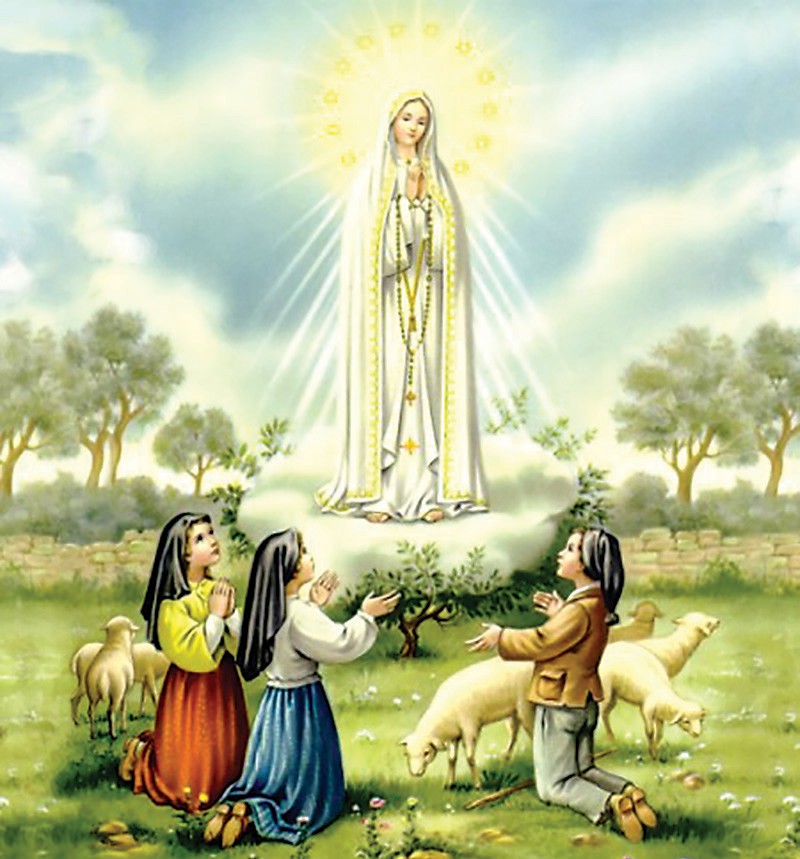 For Roman Catholics, during the month of May, it is a tradition to honor Mary, the mother of Jesus, by placing a crown of flowers on her statue. This devotional ceremony, known as the May Crowning, is celebrated in many Catholic parishes around the world. On Mother’s Day, this beautiful tradition was presented by the Council of Catholic Women (CCW) at San Marco Catholic Church.

CCW President Kathy Sullivan said “Traditionally, the San Marco Chapter of the Council of Catholic Women celebrates Mother’s Day honoring Mary, mother of Jesus, with this crowning ceremony by the children who recently made their First Communion.” Led by the Knights of Columbus and the CCW, the children walked in procession to the church at the beginning of Mass, the Catholic celebration of divine worship. Each child had been asked to bring one flower to be placed at the feet of Mary’s statue on the altar. The procession was accompanied by the angelic voice of San Marco parishioner and cantor, Ashley Johnson. Following the opening prayers, readings from 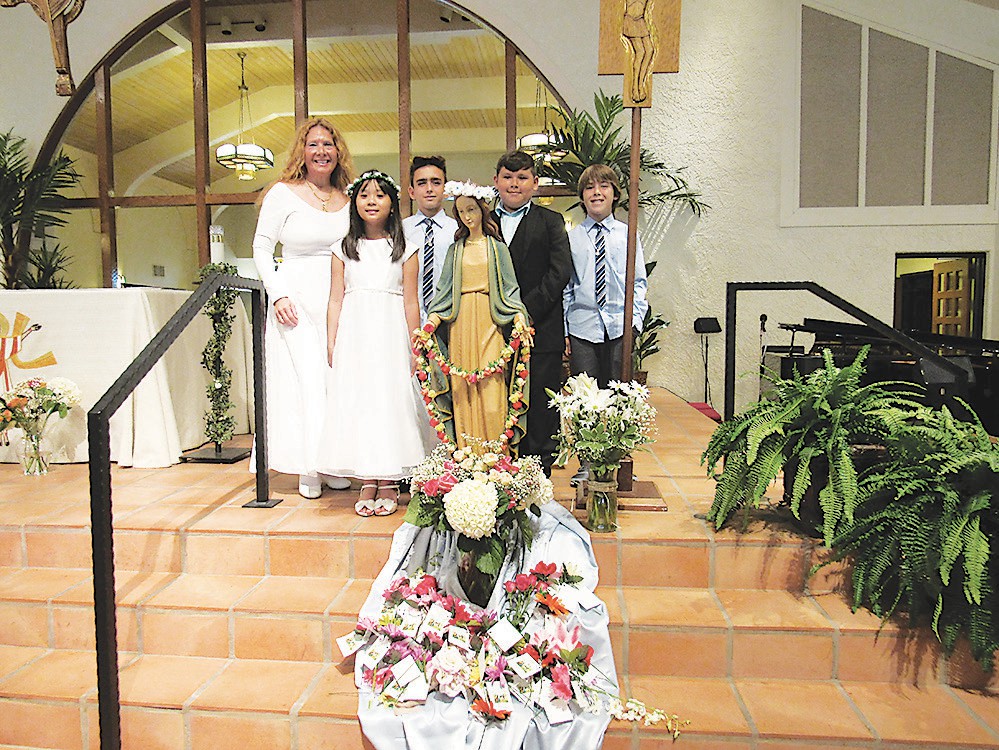 both the Old and New Testaments, and the Word of the Gospel, two children were called forward by San Marco Pastor Father Tim Navin and introduced by May Crowning coordinator Victoria Josberger, as they symbolically placed a crown of blossoms on the head of the statue of Mary, the Blessed Mother.

In Catholicism, the title of “queen” is given to Mary as she is seen as the virgin mother and perfect follower of Jesus. Catholics believe that Christ is the only Son of God. They believe that Jesus Christ is the Word Incarnate, begotten, not made; consubstantial with the Father. Catholics believe that Mary wears the crown of righteousness, the crown of glory and the crown of life. In the Catholic faith, these are gifts that are promised to the followers of Christ. The May Crowning is an occasion for children to give thanks to the most Blessed Mother for bringing the Savior into the world.

This year the beloved tradition of the May Crowning took on special meaning. On May 13, 1917, three 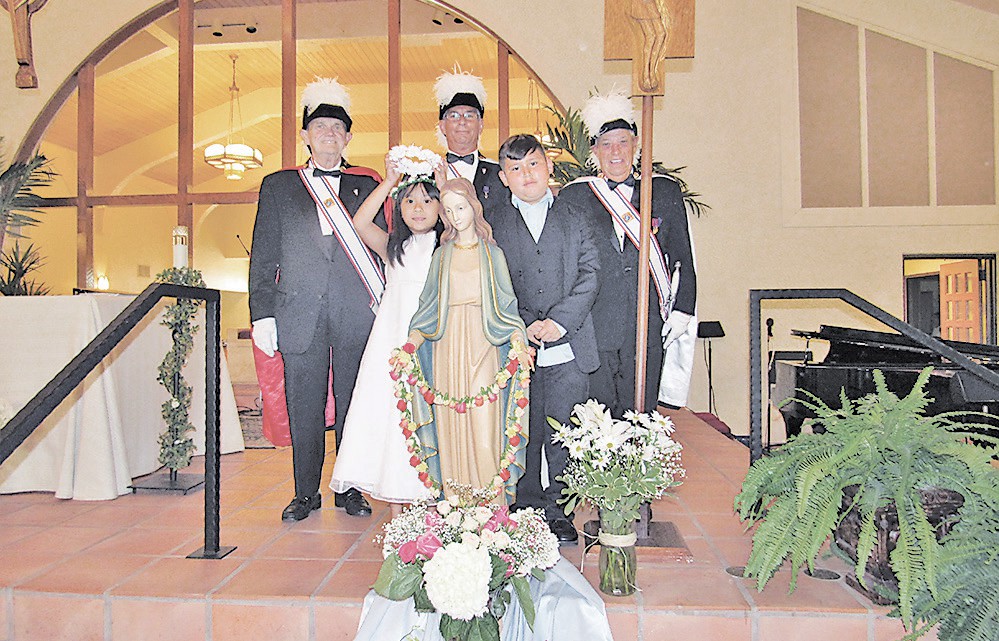 Crowning of the Blessed Mother.

children, Lucia, Jacinta and Francisco, claimed to behold an apparition of the Blessed Mother at Fatima, Portugal. The children maintained that the visions continued to occur at the same place for six consecutive months on the thirteenth day of each month. Along with the apparitions, the children claimed that Mary gave them spiritual guidance and three prophetic messages. The Church has interpreted those prophecies to include predictions of the end of World War I followed by the beginning of World War II, the rise and fall of Communism in Russia, and the assassination attempt on Pope John Paul II. The three children suffered as martyrs after their claims of these visions. Even Lucia’s mother was in disbelief. Yet the children maintained their convictions and stood by their faith. They accepted their fate as a form of duty to God. Sadly, Jacinta and Francisco died as children during a rampage of influenza throughout Europe. Lucia became a Carmelite nun, and steadfastly adhered to the truth of her divine witness at Fatima up to 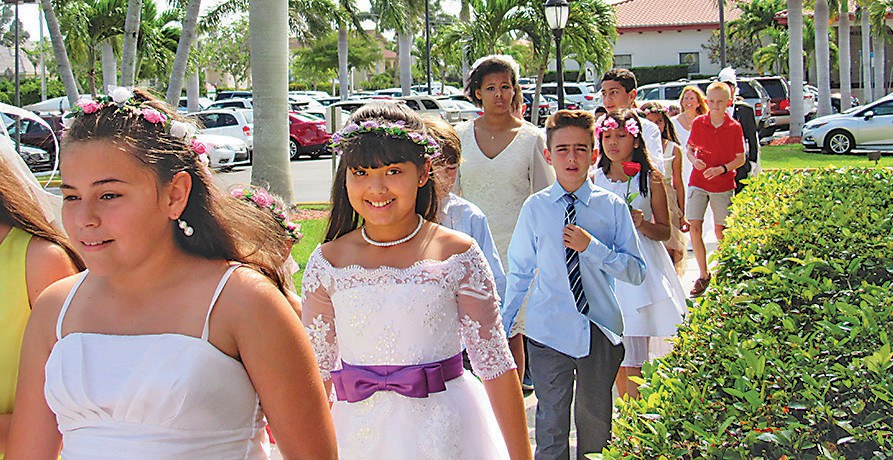 Children in procession to Mass.

Although controversy remains surrounding the correct interpretation of the prophecies at Fatima, it is deemed that the most valuable dimension of the event was not one of supernatural or preternatural phenomena. Rather, it was the message of hope that continues to fuel the spirits of Catholics today. Our Lady of Fatima requested Lucia, Jacinta, Francisco and all of mankind to live a life of prayer, sacrifice and adherence to God’s commandments. On the 100 year anniversary of Our Lady of Fatima, the Catholic Church celebrated the beatification of Jacinta and Francisco. Beatification is the first step on the journey to canonization and the declaration of sainthood.

One of the most remarkable features of Catholicism, making it unique from the Protestant faiths, is the devotion to the Blessed Mother. This reverence is often misunderstood. It is important to understand that Catholics do not worship Mary as God or as part of the Holy Trinity. Rather, the reverence of Mary is one of pure devotion with a 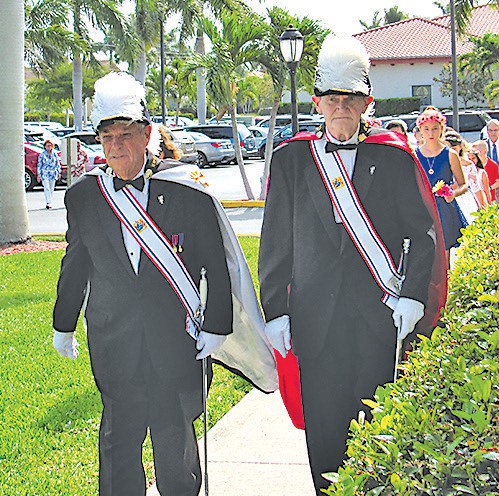 The Knights of Columbus lead the procession.

request for her intercession in prayer and guidance for mankind. Kathy Sullivan, on behalf of the CCW, explained it well by saying, “We have a special devotion to Mary and look to her to guide us in all our activities.”

On Mother’s Day, as the parishioners of San Marco Catholic Church faithfully received the Eucharist, the Blessed Sacrament of Communion of the body and blood of Christ, children sang the devotional hymn, Ave Maria. Translated, the hymn title means “Hail Mary,” as in the Catholic prayer that honors the mother of Jesus with the description, “full of grace.” The prayer, often recited in meditative repetition as part of the Catholic devotion of the Rosary, is a plea to the Blessed Mother to “Pray for us, now and at the hour of our death. Amen.” In universal words, transcending all faiths, it is the instinctive cry from a child to the mother, saying “Help me, be with me, stay by my side and guide me!”