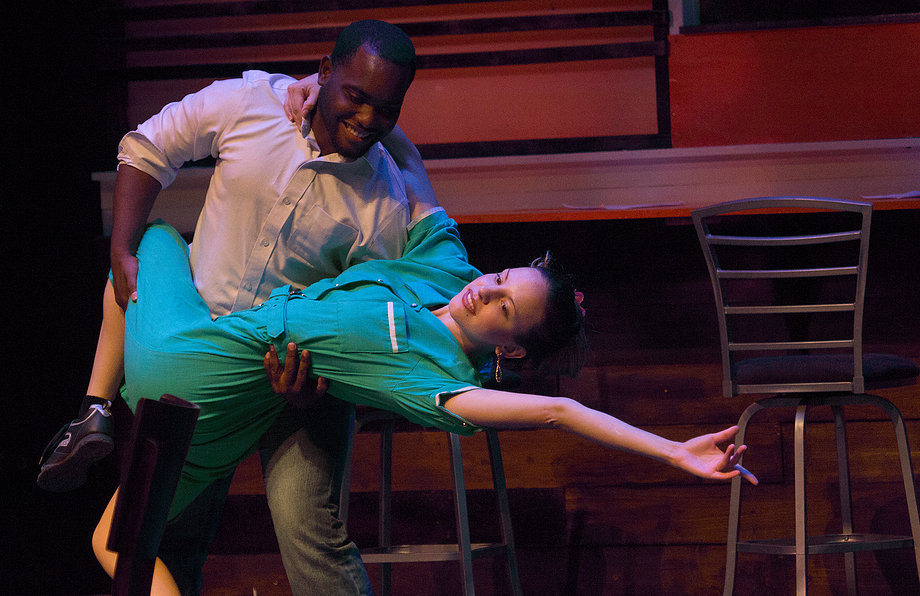 Gulfshore Opera is proud to present the Southwest Florida premiere of a new American music theatre piece, Speed Dating Tonight!. An immersive, interactive comedy in one act, this extraordinary work tells the story of ordinary people looking for love in a post-millennial world.

Set in a nightclub with jazz ensemble accompaniment, Speed Dating Tonight! provides a perfect fusion of opera, popular music and music theater as the intimate, character-driven show pulls back the curtain on dating in the 21st century.

Speed Dating Tonight! has received over fifty performances since its inception in 2013. Composer Michael Ching explains: “The music is crafted in a way to appeal to a broad audience with various musical styles that everyone can appreciate”.

According to Steffanie Pearce, General Director, “It is a part of Gulfshore Opera’s mission to have a strong community presence throughout Southwest Florida and appeal to a wider demographic. This show will attract a younger audience as well as a music theater audience that might not think of attending a traditional opera. Speed Dating Tonight! truly has something for everyone.”

[/caption] class=”m_-5446901469608923688m_9055612427279513670None”> The characters include a bartender, waitress, busboy and the coordinator in leading roles. They appear alongside a variety of “daters” who tell their life story in three-minute interviews. Gulfshore Opera’s Professional Artists in Residence take on the leading roles with regional singers selected from this fall’s “Gulfshore’s Got Talent” competition portraying the daters.

“Working will the professional and regional singers has been a real treat and I am impressed with the talent level here. The artists are willing to go above and beyond in terms of physicality for their characters—not to mention, they sing absolutely beautifully,” says Stage Director Vincent Connor.

The new Southwest Florida Performing Arts Center on Bonita Beach Road provides just the right ambience for a story that takes place in a nightclub.

Tickets from $28, dinner and drinks available for an additional charge

Where can I get tickets and more information: Call the Gulfshore Opera Box Office at (239)-529-3925or visit gulfshoreopera.org