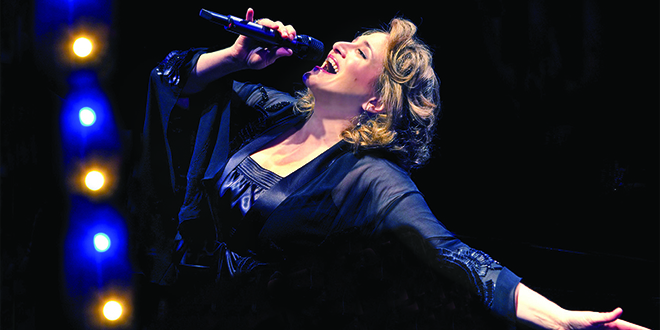 While there may not be a resident opera company on Marco Island, thanks to Gulfshore Opera’s General Director Steffanie Pearce, top-notch performances are available to all the communities alongside Southwest Florida’s gulf shore.

In fact, the company has brought their personal brand of musical magic to the Marco Island Center for the Arts for the past two years. It could easily be said that Gulfshore Opera is our resident opera company.

However, for those who ache for a more robust musical experience, make plans to take a trip across the bridge to hear some of the most brilliant music of all time. And the destination? The 2017 Gulfshore Opera Gala.

The best reason to attend this year’s Gala can be summed up in two words: Patricia Racette. The much-heralded international opera star will take the stage alongside Gulfshore Opera’s Artists in Residence on Sunday, January 22 at 3 PM at First Presbyterian Church of Bonita Springs.

Recognized as one of the great singing actresses of our time, soprano Patricia Racette continues to share her artistry with audiences around the world. She has performed in many of the world’s major opera houses and is a particular favorite at San Francisco Opera and The Metropolitan Opera.

According to the Huffington Post: “In this moment, Patricia Racette commands the stage with an authority that is reminiscent of Tebaldi and Callas… Racette suspends time and transports the witness to rare heights of lyrical enchantment.”

Of course, there are many audio and video recordings of opera greats; however, to Racette and Pearce, nothing replaces LIVE performances.

“The energy the passes between the audience and the performer is difficult to describe. It’s got an energy and momentum all unto itself,” explains Racette. “It’s not about trying to recreate expression—such as in a recording studio—it’s about creating an experience.”

Like most arts organizations, Gulfshore Opera depends on annual fundraisers to supplement their income. While other area events seem to come with rather high price tags, Pearce believes that quality can be presented at affordable prices.

She upholds a steadfast belief that “Opera is for everyone” and, in this case, she has put YOUR money where her mouth is. Tickets to the Gala are priced as low as $28—a small price to pay for the aforementioned “experience.”

For all premium plus ticket holders, there will be a reception with the artists and dinner at The Bonita Bay Club following the concert.

For this year’s Gala, Pearce has, once again, upped her game. Not only will attendees be treated to Racette’s signature Puccini arias, but the second half of the program features selections from Racette’s own DIVA ON DETOUR album featuring music by Cole Porter, Stephen Sondheim, George Gershwin, Edith Piaf and more—a “something for everyone” evening on a grand scale.

Plus, in a tip of the hat to her co-stars, Gulfshore Opera’s Professional Artists in Residence, Racette suggests: “There’s another Pavarotti out there; there’s another Maria Callas out there, and we’re not going to find him or her without providing platforms for our young artists to gain experience and grow. You learn so much about this art form ‘on your feet. Regional companies such as Gulfshore Opera provide these artists their chance to work and learn their craft.”

Above all, Racette has shined her light on Gulfshore Opera for all the right reasons. “Bring your love, bring your interest and bring your money,” she quips. “Help the art form live and exist.”

The Gulfshore Opera Gala featuring Patricia Racette will take place on January 22nd, 2017 at 3 PM at the First Presbyterian Church of Bonita Springs. Tickets: $28-$200. Marco Island residents interested in joining on a charter bus for the Gala Package (concert & dinner) should contact our Box Office. For more information, visit gulfshoreopera.org or call (239) 529-3925.

Gulfshore Opera will present “Grand Opera Scenes” at the Von Liebig Art Center in Naples on February 1. “Speed Dating Tonight,” an immersive, interactive comic opera in one act about ordinary people looking for love in a post-millennial world, will be produced in February, and Puccini’s classic “Madame Butterfly” takes the stage in March and April.