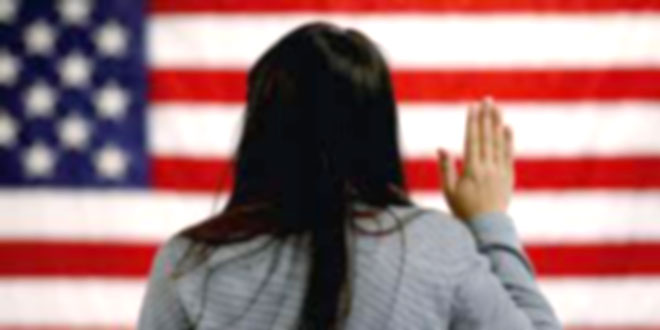 It’s been reported Silicon Valley interests are joining with strawberry growers and other agriculture corporations to lobby for “comprehensive immigration reform” because the country needs foreign workers to harvest crops and design software (San Francisco Chronicle 8/2/13). Most of the Catholic bishops tell their congregants they must welcome the stranger, contact their representatives to pass the Senate’s reform bill; it’s the way Jesus would vote, presumably (Catholic News Agency 5/23/13).

So why am I against “bringing people out of the shadows,” giving folks who’ve worked here for years, many of them, the opportunities I enjoy?

One of the defining features of a nation-state is controlling its borders, determining who enters, for how long and under what conditions. Other countries manage to do this, as American travelers know from experience. Try slipping into Mexico or Kenya or China, for example, and see if you can get a job, find housing or put your children in school. And imagine a government employee saying to himself, better not ask that European-looking guy to show proof of legal status, it could be taken for profiling. Other countries have walls and fences and armed guards as needed to protect their boundaries. Foreign nationals are routinely asked for documentation by police and other functionaries, and if they are present illegally, they are deported.

But, goes the argument, we’re better than those countries. Kinder, more welcoming. Why, the USA was built by immigrants. True enough, but surely it’s not kind to keep honest people on hold for years, people who respect our laws by filling out forms, paying fees and waiting until invited in, while we wink and smile at those who violate our laws by sneaking into our country or over-staying their visas. One solution – it’s the one the Senate bill would result in – is to combine de facto amnesty for people now in the country illegally with a much broader program for bringing in more foreign workers, students and immigrants.

Those in favor of the Senate bill or whatever version would emerge from the joint conference committee appear to see no real disadvantage to opening our doors wide for all the world. Don’t they see that legalization is a magnet for future illegal entry? It was after the last amnesty in 1986; it would be again. Increasing the number of visas for students and highly skilled technical workers would also increase the opportunity for overstaying those visas. Add the strictures of anti-profiling political correctness, and you’d get functionally open borders.

And let’s ask an obvious question of Big Agriculture, Big Hospitality and even Big Technology. Why do you need foreign workers? Why now, in a recession, with unemployment at high levels? Well, fruit and vegetable growers want a continuous supply of stoop labor at low wages. Pickers from Mexico and Central America learn English and move on to other places and better paying jobs, so the supply of the unskilled must be continuous. Of course, if the supply dried up, growers would have to pay higher wages or invest in specialized soft-crop harvesters (Robots, they’re not just for surgery any more!). In the hotel and resort industry, summer jobs for American students and entry level jobs for anybody are now filled by foreign nationals, presumably on valid temporary visas. The big tech firms are 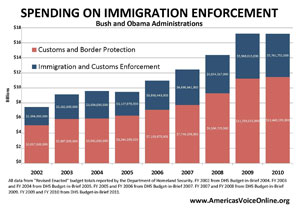 the same, just with larger pay numbers. Why hire an American university graduate when you can get a comparably trained person from abroad for less money?

But does it really matter who lives and works in this piece of geography called The United States of America? Aren’t we all citizens of the world now? The fact is, the United States is unique and uniquely good. Its culture and system of governance grew from Judaic-Christian principles modified by the secularism of the Enlightenment and the legal system of Great Britain, and transformed by the scientific and industrial revolutions. People from nations that had warred off and on for centuries live here as neighbors, business partners, married couples. Ordinary Americans for more than two hundred years have had a real and increasingly important say in how they are governed. Commercial slavery, an institution that stretched back to ancient times and had been accepted by virtually every human society, was destroyed by abolitionists in Britain and America. Today, even in hard economic times, most of those counted as poor have possessions and comforts and opportunities that make them the object of envy in many other parts of the world. And we Americans don’t just enjoy our wealth; we share it. We support religious and secular charities; and we are among the first to donate money and goods when natural disaster strikes here or abroad.

So there. It is worth preserving the culture of the United States of America. Certainly for ourselves and even for others as a model. But to preserve this culture, we must recognize that it can be smeared into polyglot, multicultural area not so different from that of the Austro-Hungarians or the Ottomans. As a practical matter, if we want to preserve what is special about the United States of America – the ideas and ideals that created the good things we enjoy, we just insist that our government start doing what other sovereign states do: actually controlling the borders and promptly deporting anyone who has no right to be here.

Simply enforcing the applicable laws would be effective. We have the ability to wall off and patrol the major crossing areas for illegal entrants (who include, by the way, not only laborers but also drug smugglers and other criminals). To the objection that we can’t possibly deport millions of people who have already sneaked in and are living among us, an obvious answer is that illegals need not be put out all at once, just whenever they are identified. After all, police and prosecutors enforce laws against theft, possession of unlawful substances, drunk driving and scores of other high-incidence offenses. And enforcing the laws against hiring illegals would remove the most important incentive for illegal entry or over-stay. There must be clear rules for work and student visas, rules that look first to the benefit of American workers. Immigration should be limited in number and restricted to people with education, skills and resources that would make them assets to our economy. Finally, citizenship should once again be the jewel that legal residents aspire to, something earned by good character, proficiency in English and proven knowledge of American history and culture.

My mother used to say, “Nothing good lasts forever.” There’s no guarantee that this historically unique nation will be here for future generations. If we want to preserve it, we have to protect it.