Guest Commentary: Will we ever have such Patriotism again? 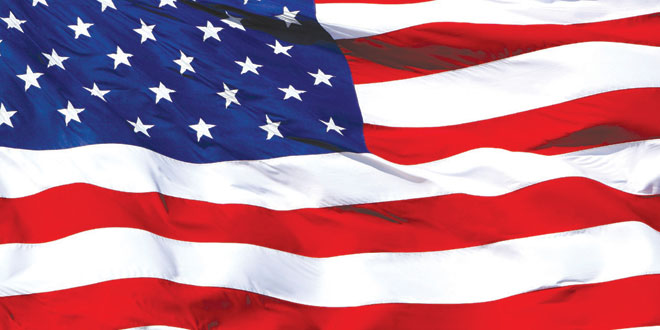 By Ben A. Wolfe

Recently while reading several articles in some old (very, very old) small town newspapers, my mind was bent on going back to earlier times. As I looked at pictures of servicemen and their families gathered for their final farewells before departing for some foreign soil, many of them never to return, my heart was touched again as it had been decades earlier. But wait, I am getting ahead of the story.

The years were 1942-43. World War II was in full swing on all fronts. America had been brutally attacked like never before and thousands of our loyal service men had been killed at Pearl Harbor. We had been shocked almost beyond belief at the bombing. History has since proven that our leadership slept comfortably with not only their heads on their pillows but also with their heads in the sand.

As a young boy not yet in my teens, I heard the grownups talk about not being prepared, futile negotiations going on in Washington, not enough recognition of the dangers in the Pacific. I was a kid sitting on the back step in tattered jeans and paste-on-soles on my shoes. I couldn’t quite comprehend the significance of something happening to us so far away. Remember, no television, no internet, no cell phones. Each phone call had to go through the local operator who was the best “gossip” informant on the planet.

We were lucky to have a small Philco radio in the living room and could listen to the nightly war reports by Gabriel Heatter and by Walter Winchell on weekends. Both reports could be likened to a modern day Rush Limbaugh or news reporters on Fox News. There was instilled in adults and kids alike, reverence, respect and dedication to a life-long commitment to our troops and our beloved country. We all, without exception, felt deep patriotism in our hearts. We even heard about patriotism in Sunday school class and everywhere people gathered in our town, in every town, talk was about helping to keep America safe. Sad that this coming together as one nation was never equaled again until September 11, 2001.

I remember well going down to our local stream to gather old tires and cans, for a promise of a free movie pass, if we brought in 500 flattened tin cans, all paper removed and lids in a separate container. Metal was required for the war effort and kids could help, too. We were told to gather milkweed pods, which could be used to make parachutes. (I always thought this might have been a little propaganda to convince us kids that the contents of milkweed pods could be utilized to fight the war.)

Husbands who had worked hard to support their families were suddenly gone and women found themselves alone with a house or farm, kids and animals to care for and bills piling up. Almost overnight women were in bib overalls working in factories, building tanks, planes, munitions, and contributing to the war effort in whatever manner possible when their long shifts were over. They went home, cooked, cleaned, helped with chores and homework, keeping the home fires burning while dads were away fighting the enemy.

America also prayed. (Prayer was a respected value, still very much a part of family and community life.) Families prayed against the dreaded day when a folded flag might be presented to them by an officer who came to the front door with awful news. In churches and schools, Americans of every race, religion and political persuasion prayed for an early resolve to the war, prayed for our soldiers in harm’s way, prayed for all who were suffering from the ravages of a terrible war.

When I was 9 or 10 my parents took me to Indiantown Gap, Pennsylvania to watch and honor the troops as they headed out after completing basic training. Hundreds of local folks lined the intersection of the road to Lebanon, Pennsylvania. We waited in respectful silence, almost reverently, as we looked down the road to Indiantown Gap. First we saw dark figures slowly appear in the distance, then, as they came nearer, we saw line after line of soldiers in perfect formation and cadence marching to the train station. Mothers held their little children closely, with tears flowing freely, sorrow for loved ones departing and pride in their courage and love for our country. Those departing soldiers kept their faces forward, not even glancing at wives, moms, dads or kids. Their entire focus was for the mission ahead, to protect our allies and stem the advance of the aggressors knowing that thousands would never return. What a life-long positive impression on a little kid in tattered overalls!

There are many faithful warriors living on Marco Island who some 70+ years later, remember their service and we remember, too. Hey guys, our hearts still skip a beat when we see you in a parade or at a ceremony honoring your service. We say a resounding thank you!! Long ago memories returned when I read of several young people ready to leave home and serve their country in their time. I said to my wife. “Oh, the system is taking some of our good guys and girls again.”

We are honored that young adults are still ready to fight a just cause and we pray their efforts will not be in vain and that their courage will be rewarded with brevity of service and safe return to their families. May we all pray as one, as we did so many years ago, for an end to war, an end to the need for such suffering and sacrifice. In some measure, we are still all family, when one is lost, we all grieve. God bless our men and women who served us in past wars and conflicts and those brave young people who are called upon to serve now.