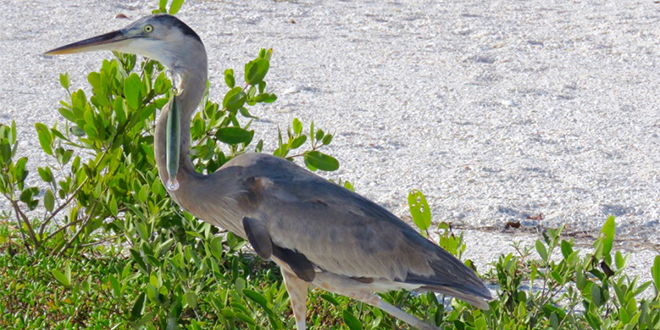 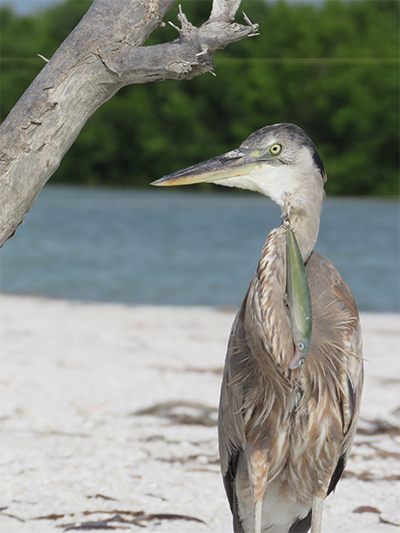 it.  The Conservancy of SW Florida has received numerous calls regarding the GBH on Tigertail lagoon. The GBH is not afraid of humans and will let them approach  within 6-10 feet.  Any closer it will take flight.  How did this happen?  It looks like our GBH is a victim of a fisherman trying to cast and the bird was in the way.  Another reason why it is very important to make sure not to cast out when wildlife is close by. This article is to let the public know that everything is being done to  capture the GBH and take it to the Conservancy of SW Florida Wildlife Clinic where we hope to remove the hook successfully.