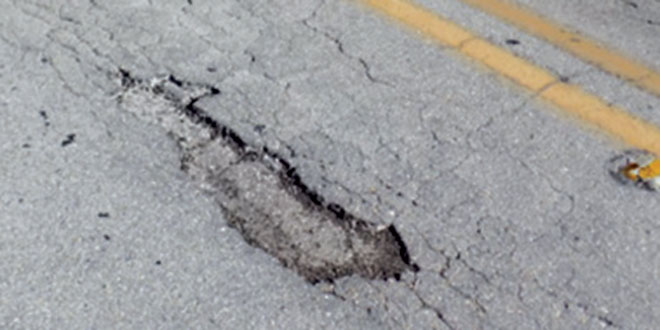 There is only one way in and one way out of Goodland. It is aptly named Goodland Road and designated CR 92A by Collier County. On good days, one need only dodge potholes, and endure a washboard drive over the crumbling roadway. On bad days, the waters of the Gulf of Mexico on one side, and the Marco River on the other, cover substantial portions of the road creating shifting one-lane travel and traffic backups. A refrain that I hear over and over is “Why doesn’t the County do something about this?” The short answer is that Collier County (“the County”) has been attempting to do a lot about this, but has no jurisdiction over this stretch of road. The City of Marco Island owns a portion of this stretch of road and has let it fall into disrepair. How did we get into this scrape?

On August 28, 1997, Marco Island became incorporated as the City of Marco Island (CMI). Its boundary was extended through the mangroves and down Goodland Road to Angler Drive Everything east of Angler Drive remained with the County. At the stroke of a pen, all roads on the island (except in Goodland) were then on city property rather than the County’s. In recognition of this, the County and CMI entered into an interlocal agreement effective October 1998, in which CMI agreed to immediately take over the maintenance of all roads within its boundaries, which included Goodland Road. Mike Barbush was president and Connie Fullmer, secretary of the 120-member Goodland Civic Association (GCA) at this time. Fullmer told me that the board was in favor of this arrangement, especially since, under the agreement, actual jurisdiction of Goodland Road was retained by the County. “The idea was to see how well CMI maintained Goodland Road before giving ownership to them,” said Fullmer, “This would give us 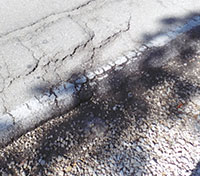 additional time to see if this was a good idea. It was a concession we got from the County and CMI.”

Two years later, effective October 1, 2002, the County, apparently believing that Goodland was happy with CMI, executed a second interlocal agreement. This one transferred full jurisdiction of Goodland Road to CMI. It also transferred San Marco Road, CR 92, to CMI. Now CMI had both maintenance responsibility and ownership of Goodland Road and San Marco Road. In consideration of the extra maintenance costs being incurred by CMI, the July 30 agreement provided for 15 annual payments of $1 million from the County to CMI. In addition to the above roads, payments could also be applied by CMI for maintenance of “all roadways within CMI.” All payments have been made except for 2016 and 2017.

Archives reflect that the GCA learned of this proposed second agreement only through a July 15, 2002 article in the Naples Daily News, and thereupon took vigorous action to keep Goodland Road under the County’s jurisdiction. “We had decided by this time that it was not in Goodland’s best interest to be without recourse to the County in maintaining Goodland Road,” Fullmer said. Barbush appealed to the CMI Council on July 15. The council had no objection to Goodland Road remaining under County jurisdiction. On July 26, 2002, the GCA fired off a letter to the County and CMI. It was signed by Mike Barbush as president, and Connie Fullmer as secretary. The letter requested that Goodland Road remain under County jurisdiction and advised that the GCA would be voicing their objections at the July 30, 2002 County Commissioners’ meeting. On July 30, 2002, Fullmer spoke before a meeting of the County Commissioners. A transcript of her presentation survives. Her remarks proved prescient and prophetic. They are quoted here in part:

“…As construction trucks begin to roll into the 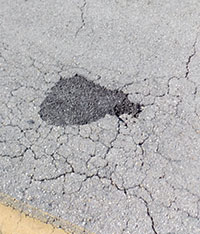 village along the winding road, the weight from the concrete trucks and delivery trucks will take its toll along that roadway. It will not be likely that Marco City will rush to do improvements because impact fees [for development in Goodland] are going to the County [not CMI], and we will be left with a damaged roadway. When Marco City Councilmen vote on where the road monies will be spent, their constituents are going to lobby for road work to be done on roads used by Marco City residents, not Goodland Village residents.” Notwithstanding Fullmer’s plea, the county commissioners approved and signed the second interlocal agreement turning over the whole ball of wax to CMI.

“Thereafter,” said Fullmer, “there was disagreement as to what should be done next and shortly after this, the entire board handed in their resignations to President Mike Barbush. After a new board was appointed, Barbush himself resigned and Tom Cowles was elected president.” This ushered in a dark era for the GCA, which effectively polarized Goodland – most in favor of the County’s retaining Goodland Road, and a few, led by Cowles, who wanted CMI to take over. Things got nasty, with GCA board members claiming Cowles had lied to them, and had been deciding things behind their backs. Linda Van Meter, who was on the board in the early 2000’s recalls improperly announced meetings. “I reported to board meetings which had obviously been underway long before I got there,” Van Meter told me. “It was no secret that Cowles was meeting with selected board members and with CMI Manager, Bill Moss,” said Fullmer.

In the face of a hostile GCA board president, but with the support of many in Goodland, Fullmer and Rich Pappy formed an opposition group, the Goodland Preservation Coalition (GPC). “We weren’t willing to give up the fight to prevent CMI from taking over Goodland 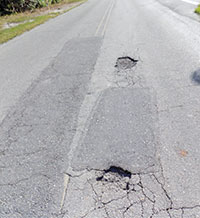 Road,” Fullmer explained, “We had a large base of support in Goodland, but Cowles, as GCA president, had everyone’s ear. He was being disingenuous with the GCA board.” Fullmer says that in 2002, the GPC actually succeeded in getting a concession of sorts from County Commissioner Donna Fiala, and County Manager Jim Mudd, who gave the GPC two years to come up with a solution. Thereafter Barbush attended CMI council meetings and met with CMI Manager, Bill Moss, encountering no CMI opposition. In the summer of 2004, Barbush also appeared before the County Commissioners and requested that the GPC petition [to keep the road in the County] be placed on a future agenda. Cowles, who was also there, followed up with a bombshell, a letter on GCA stationery to County Manager Mudd, which all but killed any efforts to keep Goodland Road in the County. Cowles told Mudd that the GCA Board had been telephonically polled, and had voted unanimously, 9 to 0, to “honor the agreement.” Cowles concluded, “We feel there should not be any amendments or restrictions.” Fullmer managed to talk to four GCA board members, who claimed they were not informed by Cowles that ownership of Goodland Road was at stake. “They thought they were voting only on whether maintenance of the road had been satisfactory,” Fullmer said. One board member actually sent an email to Jim Mudd saying that the GCA board had been misled by Cowles, and that she believed the majority of Goodland residents were actually opposed to CMI ownership of the Road. Grievously wounded, but not dead, the efforts languished on the back burner for a few years.

Next edition: How bad is it? What’s next?