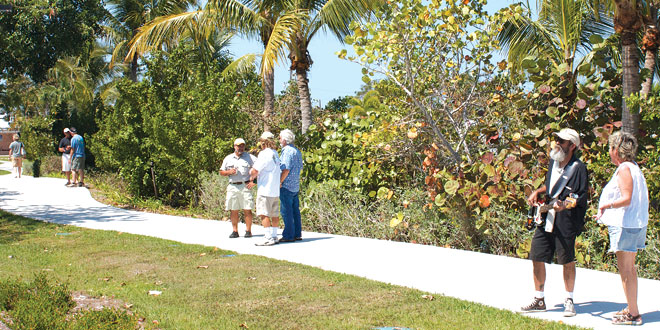 Writing about the village you live in can be very strange, but also quite amazing. Sometimes I have so much to say that I don’t know where to begin, and sometimes there is nothing to say so I don’t know how to begin. Sometimes I worry that what I’ve said is too much or that I share too much of myself. Sometimes I think what I wrote was total crap. And then there are the ones where I receive feedback. These are the best of all. It let’s me know what people in the village think about how I portray where we live or how we live. Luckily, most of the time it’s good, but every now and then, someone is NOT happy at all.

But let’s not start with the naysayers. Let’s start with the good stuff. In the last edition, my article was entitled, “Goodland Hoodlums?” I was so upset about recent events that had taken place and seemingly by some of our younger residents. Spray paint and a broken volleyball net at the park started the problem. Then it escalated when kids from out of town came in and assaulted one of our kids, attempting to steal his skateboard in the process.

I really thought people would be mad at me about this article because it didn’t portray Goodland in that fun, positive, happy-go-lucky spirit in which I usually write. But I found it to be just the opposite! I had more people come to me with comments regarding the article than just about any other piece I’ve ever written. I received “thank you’s” and “well done’s.” Apparently, others had noticed and were fed up, too.

What delighted me even more was that the kids even stepped up. A number of them came to me personally to talk about the situation. Some of them knew more than 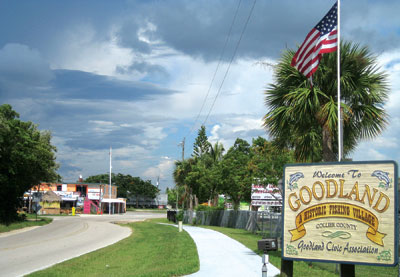 others, but all were just as interested in finding out who did what and why. They were not pleased either. A couple of the kids in town even want to try to fix the volleyball net because it was actually a Saturday afternoon activity for them.

I want to say thank you to the kids of Goodland for showing that you are responsible and respectful. I want to thank them for talking to me like young adults and for taking it seriously. And especially for reading the newspaper!

It’s as if that article made a real difference, and I’m grateful for that just as I’m grateful to live on this tiny little island where everyone knows your name and incidents like spray painting a bench are a really big deal.

I’m also grateful to live in a place where people brought me cards and flowers and stopped by to offer condolences after my dog passed in July. I wrote about that and half the town jokingly thanked me for making them cry as they read it. That one was probably bordering on the too personal side.

And then there was that one naysayer…

A long, long time ago I wrote an article about how our island is a golf cart friendly community. It was cute and innocent, highlighting how the golf carts came to be and how we joyfully ride around town. Now, the one thing I didn’t do was type out all the rules regarding golf cart usage as pertaining to the county ordinance. I had them, I just didn’t think it was necessary given the “direction” of my article.

Not long after the edition came out, I was hard at work at the Coastal Breeze News headquarters when a letter arrived in the mail addressed to me. It was the first piece of 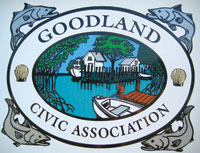 mail I had ever received at the office and I was excited. What could it be? A check? An offer I couldn’t refuse? A love letter?

I tore open the envelope that was typed with no return address. Inside was a number of pages with a typed letter with no signature at the bottom. The letter informed me of how I was in the wrong in so many ways for writing the article. For instance, they said, not once did you mention that children are not allowed to drive golf carts; they felt the need to highlight that section in the print out of the rules they sent me. Now, I never mentioned anything about kids on golf carts to begin with, so I couldn’t really see the connection. The only connection I could make was that a coward in my own village sent me a letter because they are anal and a few other choice words that I can’t print (Although if I were on Facebook, I would use them all day long. Just saying).

So there you have it, some people love my writing and some people don’t. I can’t please everyone and that’s ok. But if you want to send me a letter without your name on it, I bet you read this column on a regular basis and I have no problem publicly chastising you for being a coward.

But I’d rather be writing nice things about Goodland. So to sum it all up, I would like to thank everyone for their comments on my column. They help me grow with our village and also as a writer – whether they be good or bad. And just for good measure, I want to say one more time how proud I am of the kids who stood up regarding the last article, separating themselves from the troublemakers. I always knew Goodland raised good kids.