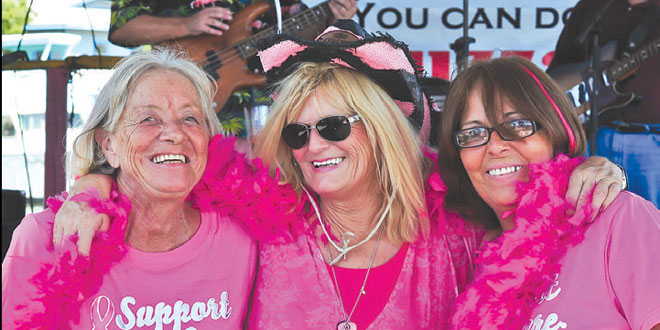 Pink ribbons were hung from the Goodland sign at the entrance of the curvy road. Dangling from the mangroves were more pink ribbons, leading right into the heart of downtown Goodland.

In honor of October’s Breast Cancer Awareness Month, Stan’s and Salon and Spa Botanica teamed up on Sunday, October 19 to raise money for the National Breast Cancer Foundation. After hearing the news, The Little Bar, The Old Marco Lodge and Marker 8.5 also joined in on the “Pink Party.” A heartfelt thank you goes out to all the restaurants from the staff at Salon 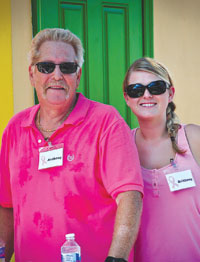 Twelve staff members from Salon and Spa Botanica set up stations throughout Goodland, happily adding pink hair extensions in anyone’s hair. For a mere $10, party-goers could rock a splash of pink, knowing all $10 would go to the Foundation.

The total combined money raised from the pink hair extensions, a 50/50 raffle, local restaurants and other contributors was over $2,000. This brings Salon and Spa Botanica’s grand total to nearly $3,000 to date. The salon also offered extensions at its Marco location.

The “Pink Party” down in Goodland was a fabulous success and all in the name of breasts!