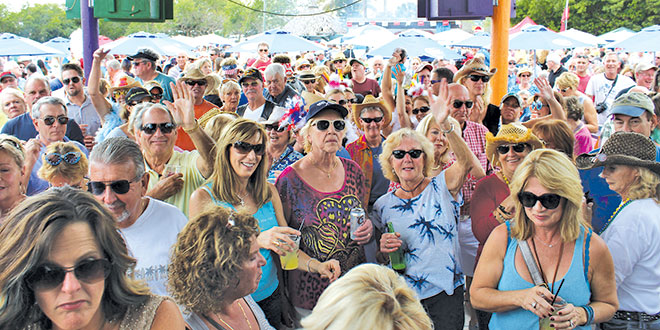 Another year and another Buzzard Lope Queen (and princess) has been crowned.

That’s right, Mullet Fest was back at Stan’s Idle Hour in Goodland for the 32nd year in a row. The three-day long event was comprised of live music, dancing, drinking—lots of drinking, fried mullet, Stan’s famous Buzzard Punch cocktail, and of course, the crowning of the Buzzard Lope Queen.

The Buzzard Lope Queen ceremony is a very serious matter. It takes dedication, coordination and most importantly, heart to win the coveted title. This year the

competition was fierce. Over thirty hopefuls were dressed to the nines in feathers, masks, beads and boas. They each performed the Buzzard Lope dance on stage, which is sort of like the chicken dance but a little more involved, to the best of their ability. Using a cheering rating system, it was up to the audience to determine this year’s winner. In the end it was Tami Kelley from Massachusetts who took home the title.

Five-year-old local, Addison Banta was the winner of the Buzzard Lope Princess competition 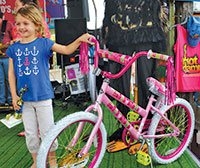 that took place on Saturday. She took home a brand new bicycle and some prize money to boot.

The Professional Firefighters of Marco Island (IAFF Local 2887) were also present for the fest. They had a booth set up where they sold hot dogs and t-shirts in order to raise money for new batting cages for the kids of the Marco Island Little League. Over the two days spent at Mullet Fest they were able to make $800.

Another successful Mullet Fest has come and gone, a new queen has been crowned, and Stan’s Idle Hour remains as spirited as ever.