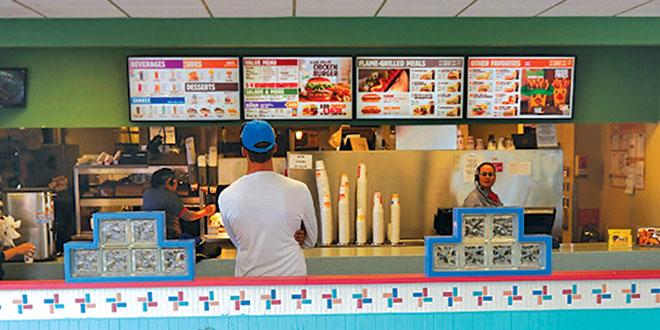 March 1, 2016 may have marked the end of an era for Marco Island with the closure of the island’s only Burger King. It is unclear if the closure is temporary, or permanent.

Burger King, on the corner of Barfield and San Marco Roads, has been a constant on Marco Island for 20 years. Coastal Breeze News spoke to Manager Javier Torres on February 29th, the day before the signs came down and the doors were locked. Javier explained that he and other employees did not know for certain if the company would be renovating, or closing the fast-food restaurant for good.

Marco’s Burger King, although not in disrepair, was sorely outdated in its design and décor. Renovations and upgrades would bring the location current with other Burger King restaurants. Javier anticipated that two to three 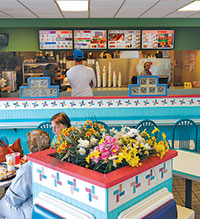 Renovations to outdated décor was given as a possible reason for the store’s closure. PHOTO BY JESSICA HERNSTADT

months would be required to complete renovations and reopen.

However, there was no indication that renovations to the restaurant were in progress. Calls to the City of Marco Island determined that no building permits had been pulled for any renovations at Burger King. And on March 1st, a sign reading, “Closed. Thank you for your patronage over the last 20 years,” did not bode well for BK’s many Marco Island fans.

On a positive note, Javier told us that no employees had lost their jobs. All Marco Island Burger King employees were offered new positions at other area Burger King restaurants, off the island.

For now, Marco Islanders will have to learn to live without the convenience of BK Whoppers and onion rings at their fingertips. Or drive over the bridge to any of Burger King’s eight locations in Naples when the urge hits.