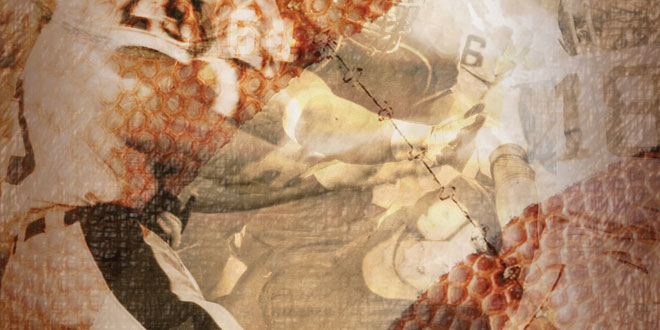 Some years ago a mad scientist discovered a long dormant virus that had been thought to have vanished with the collapse of the Roman Emperor. He or she apparently implanted the virus in American males, and it has spread rapidly, particularly since the 1940’s and 1950’s. The virus is now known as Romanus Footballus Terriblus. It emerges cyclically, much as the flu, and engulfs the nation in early Fall, continuing until late Spring. It appears that the virus was discovered in the Ivy League since it first became noticeable in schools such as Yale, Harvard and Princeton in the 1920’s, and engulfed the nation with the appearance of the National Football League in the 1930’s.

The resemblance to ancient Rome is startling. Every Sunday the worshippers gather before television screens and in arenas, or stadiums. The virus has not only mutated; it has engulfed other nights of the week, namely Mon day and Thursday. It is spreading to Europe with contests in London and elsewhere. The virus did not spread in Germany or Holland although it appeared briefly.

The arenas are huge. One is even known as the Coliseum! Another place is called “Death Valley”. The latter day gladiators appear, dressed in suits of armor, helmets and face cages, or masks. They gather and make strange noises, and even perform what seem to be tribal dances as they take the field. Among the performers are Lions, Bears, Jaguars, Bengals, Raiders, Panthers, Giants and Titans – just as in ancient Rome. As yet there are no elephants, although some gladiators look to be elephant sized. Inside the arenas groups of men wearing black and white striped shirts preside over the contests. They are known as “zebras” since they often appear to be running frantically away from the mayhem.

The crowd works itself into a frenzy, chanting such things as “Kill the quarterback” (a gladiator with special ability), “Dee-fense, Dee-fense,” seemingly intended to work up one side against the other. On October 13, 2013, rabid supporters in the province of Kansas City broke the Guinness record for outdoor noise by registering 136.5 decibels. Modern spectators don’t wear togas, but don shirts, known as jerseys, bearing the name and number of a favorite gladiator.

The gladiators smash each other violently to the approval of the adoring crowd. In almost every contest one or more gladiators are carried, or assisted, off the playing field for serious injuries. The crowd screams wildly and applauds the injured warrior as he is rushed to a hospital. Some never return to the action. Such terms as “smash mouth,” “spearing,” “destroying,” “battle in the trenches,” “spiking the ball” and “taking one for the team” are common.

By the way, next week Indianapolis takes on Denver. It should be a head-knocker. Don’t miss it.