Give the Ultimate Gift – Your Brain 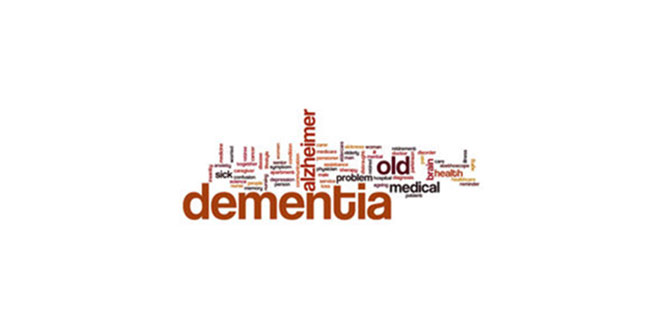 The giving of gifts is something many of us think about in December, whether we celebrate St. Nicholas Day, Hanukkah, or Christmas. We might make lists: jewelry for daughters, grand-daughters, wives, T-shirts or socks for our sons, grandsons, husbands, and books for parents, aunts, and uncles. For year-end giving to our favorite charity we might send cash, or an animal to someone in a developing country.

But what if you gave an even more unusual gift? What if you gave your brain? You might ask, how can one do that? There are no records of brain transplants being done. (Wouldn’t it be great though to get a sharper one when our brains begin to slow down or when dementia sets in  – someday, maybe.)

But there is a way now to gift your brain, and it is a brain donation. It’s a gift that doesn’t cost us anything and may benefit our children and grandchildren when a way is found to cure or prevent Alzheimer’s disease and other dementias.

The brains of those with dementias or any neurological brain disease are needed for research purposes. But so are brains that are aging normally, according to the staff at the University of Pittsburgh‘s Alzheimer’s Disease Research Center (ADRC). This is the center where my mother and husband were patients and where my mother’s brain autopsy was performed. The autopsy confirmed that she had Alzheimer’s disease and other dementias.

It is also where my sister and I have our annual visit as normal research subjects. In addition to the challenging brain tests, we see a physician’s assistant and a social worker. They encourage us each year to keep coming back and remind us of all the ways our information is used.

I received similar information about the importance of receiving healthy brain tissue when I called the Miami brain bank about possibly making a brain donation. This is where my husband’s brain was autopsied and results shared with the Pittsburgh ADRC.

From the Miami group’s literature, Finding Answers, Changing Lives, “An estimated 5.2 million aging Americans will be diagnosed with Dementia, Parkinson’s disease, Amyotrophic Lateral Sclerosis (ALS), Progressive Supranuclear Palsy and other disabling brain disorders that are on the rise worldwide…You can become an advocate for research and a cure.”

“Scientists are investigating how the interplay of genes and the environment contribute to the development of psychiatric and degenerative brain diseases. Donated tissue from healthy individuals is needed to understand why certain individuals age well and others are more at risk, even in the same family.”

The literature was compelling, but even though I’d had experiences with my family’s brain autopsies, I had to think about it. First of all, it requires facing up to our death. Most of us, I imagine, can find ways to avoid the subject or at least postpone these thoughts. I did for awhile. But then it would be time for another visit to the Pittsburgh ADRC, a gentle reminder.

Finally, three years after my husband’s death, I made the decision, called the Miami brain bank and filled out the necessary forms to donate my brain at my death. Because a baseline is needed for new donors, I received a call from research assistant Naomi Mascharak, who gave me a memory quiz. Some questions tested memory while others my emotional and mental wellbeing. The quiz takes about twenty minutes.

The Brain Endowment Bank, the official name, is connected to the University of Miami’s Miller School of Medicine. Their brochure calls a brain donation the most thoughtful of gifts. “A brain donation after death supports the health of the next generation. One brain can supply hundreds of qualified researchers in their quest to bring about cures, find new treatments or ways to prevent…the many disorders that affect the human brain.”

The University of Pittsburgh offers some answers to questions, in case you may consider such a gift:

A. Despite the ability 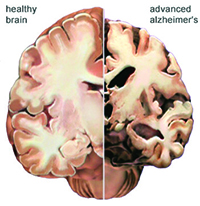 The Brain Endowment Bank, the official name, is connected to the University of Miami’s Miller School of Medicine. Their brochure calls a brain donation the most thoughtful of gifts.

to perform research studies in test tubes or in animals, certain types of research can only be performed in human autopsy tissue. In addition to the discovery of Alzheimer’s disease itself, human autopsy tissue was absolutely necessary for discoveries such as Lewy Body dementia and certain forms of Frontotemporal dementia. Brain autopsy tissue was used for the discovery of biochemical abnormalities in Alzheimer’s disease which led to the development of existing treatments for it and which have paved the way for future therapies currently in experimental trials. Finally, work pioneered at the University of Pittsburgh has used human autopsy tissue to develop brain imaging techniques to improve diagnosis and treatment.

Q. How will the brain donation benefit me and my family?

Q. Will the brain autopsy procedure disfigure the deceased?

A. No. An autopsy is performed very carefully so that it is not noticeable in any way, and does not prevent an open casket viewing or other desired funeral practice.

Q. Who can authorize a brain autopsy?

A. The participant’s legal next-of-kin must authorize the brain autopsy before it can be performed. (Anyone can also give permission for their own brain donation with forms filled out ahead of time. Including one’s wishes in a living will won’t suffice for a brain donation since the brain tissue must be harvested within 24 hours of the donor’s death, according to staff at the Miami Center.)

Q. Should I talk to my funeral director in advance?

A. Yes, we recommend that arrangements be made in advance with your funeral director. This can help avoid increased stress at a very difficult time after the death of your relative. This is particularly true with preferences and desires such as a brain autopsy.

Christina Romani is the donor and family services specialist at the Brain Endowment Bank in Miami. She spoke of the specific benefits of having donated tissue. For example, at their center, a neurobioportal online store sends tissue to researchers looking for donors with a particular profile. In addition to brains, other body parts can be donated. In Florida, Alzheimer’s patients donated eyes are being used to look for a type of eye fluid, which could be a biomarker for earlier detection of Alzheimer’s disease.

If you or a family member is considering a brain donation, please call 1-800 UM BRAIN, (800-862-7246), the Brain Endowment Bank at the University of Miami. This brain bank is a national Institutes of Health (NIH) NeuroBiobank, one of the largest in the United States. It distributes tissue to qualified researchers, following advanced research protocols and strict patient privacy policies, to support the investigative efforts of scientists from across the nation.

So, while you’re writing your end of year checks for charity, a goat to a family in Africa, medical supplies for refugees, think about another gift that will keep on giving long after your gone. Give your brain so that your grandkids and mine can have active lives with healthy brains.