Get to Know the Civil Air Patrol 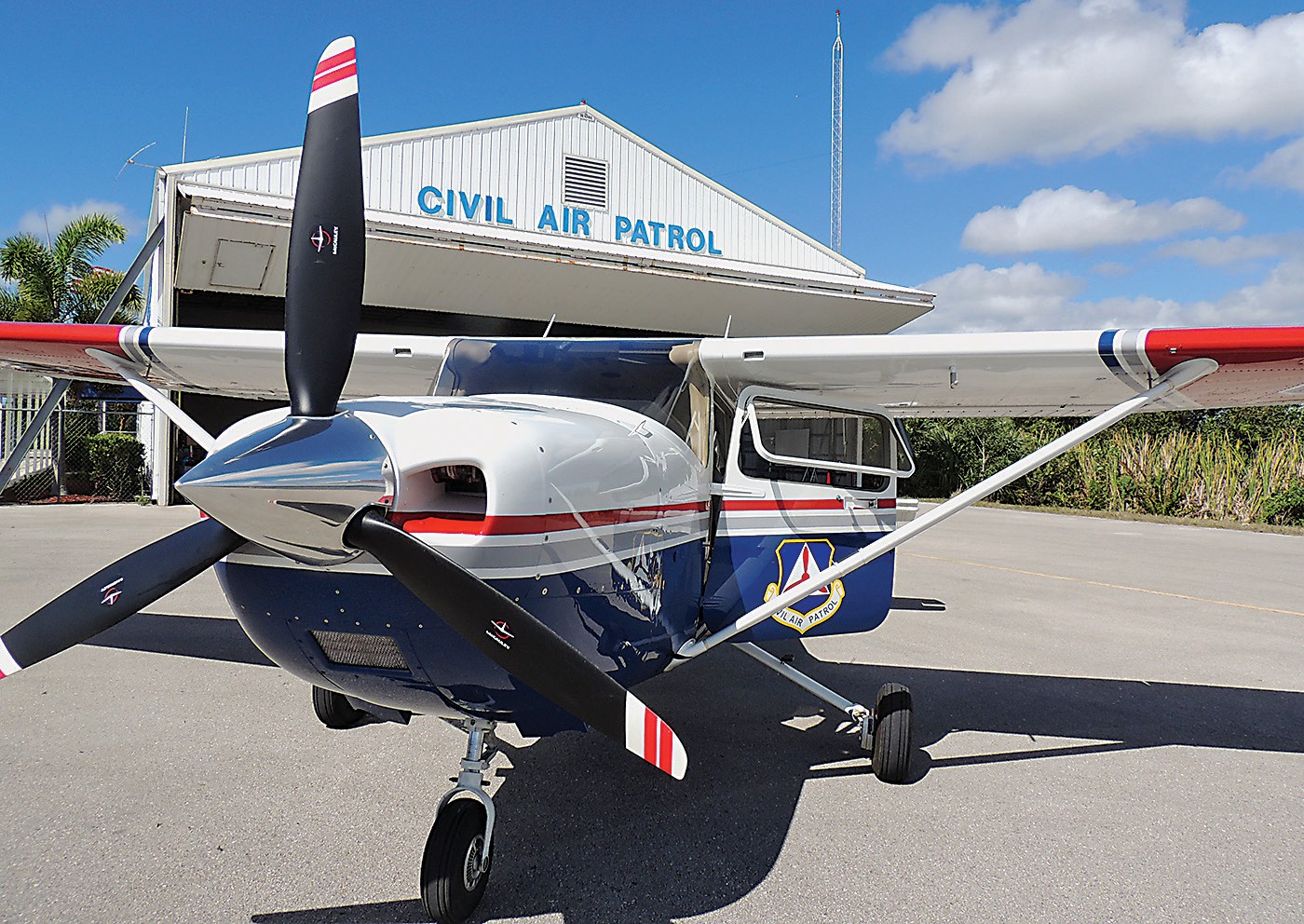 On Saturday, May 6th the greater Marco community is invited to attend an open house at the Marco Island Executive Airport for the U.S. Air Force Auxiliary’s Civil Air Patrol unit.

The men and women of the local squadron will be showing off their newest aircraft with all of the high tech equipment that allows them to assist local first responders and law enforcement in search and rescue activities up and down the coastline of Southwest Florida.

Since 1981 Marco Islanders have had guardian angels flying the skies around our shores and south of the island, while keeping an eye out for stranded boaters, downed aircraft and potential human and drug traffickers.

The squadron on Marco Island has just over 60 members, and 12 of those are skilled aviators. Each mission they fly has three members aboard the aircraft; the pilot in command, mission observer and mission scanner. Those three members are assisted by ground personnel who perform a number of duties to assist those in the aircraft.

The Open House will allow residents to meet the local men and women volunteers who provide these invaluable services to our nation and the community at large.

As part of the Open House visitors will be able to tour the new aircraft assigned to the Squadron as well as the hanger, communications center

and training area. They will be able to speak firsthand with those men and women who presently serve and learn about the potential for service as a member of the Squadron. They’ll be able to do all that in addition to enjoying a complimentary lunch with the members of Marco Island’s own Black Sheep Squadron.

“Our biggest misconception about the CAP is that all our members are aviators. Nothing can be further from the truth,” said Lee Henderson, a longtime member of the Squadron. “Every individual, whether flying or supporting the mission on the ground is an integral portion of the job we do,” said Henderson.

On the weekends the CAP will fly regular sunset coast patrols in an effort to keep an eye out for mariners in distress. They will also fly at least two missions a month to help support Air Force pilots in exercises to detect drug or human trafficking.

The Open House will run from 11 AM to 3 PM at the Civil Air Patrol Hanger at the Marco Island Executive Airport just off the island at the end of Mainsail Drive and is free to all interested individuals and their children.

This month was Aviation Appreciation month in the State of Florida. Read There’s More to the Story in this issue of Coastal Breeze News to learn more.