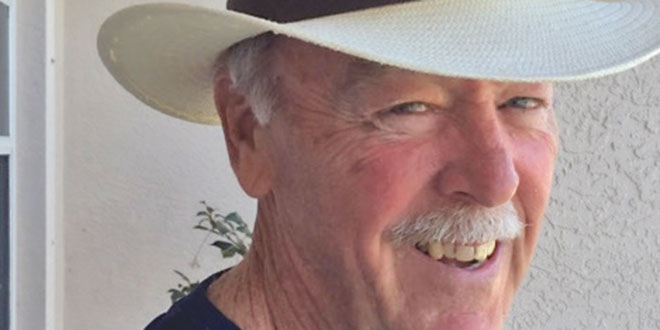 “To live is the rarest thing in the world. Most people just exist.” – Oscar Wilde

Kevin Bacon is a well-known Hollywood actor. His career began in the early 80s and he’s been in scores of films including “Footloose,” “Apollo 13,” “Mystic River” and “A Few Good Men.” He once commented that he had worked with every actor in Hollywood, or with someone who had worked with every other actor in Hollywood, and a phenomenon was born. It was called “The Six Degrees of Kevin Bacon” and was the creative brainchild of three college students in 1994. The story goes; the three college friends were watching TV during a snowstorm. They watched “Footloose,” followed by another of Bacon’s movies, and they began to wonder how many movies Kevin Bacon had been in and how many people he had worked with. From there it became a game; throw out a name, and see if you can connect that person to Kevin Bacon in six steps or less. It seems that Kevin Bacon is a well-connected man.

Locally, I know someone who is even more connected than Kevin Bacon. And while he’s not a film star, he is something of an “Entertainment Ambassador” on Marco Island. His name is George.

I met George six years ago when my husband and I were signing the deal on our first home here on the Island. He was “the guy in the hat” to us initially, but a margarita or two later, we were snug in the web of George’s hospitality and friendship.

George is a Marco Island original. He came to the Island in 1975 to work as the manager of the Marco Island Airport. At that time, the airport was a 400 X 50 foot landing strip located in the vicinity of what is now Edgewater Court. George was a pilot who had been working for the Deltona Corporation in Miami for several years. When the Marco Island Airport moved to its current location, just over the bridge, George moved with it. In addition to his duties as airport manager, George was also a relief pilot for Marco Island Airways, owned by the Mackle brothers. He and his co-pilot would fly to Tampa or Miami to pick up convention groups headed for the Marco Beach Hotel or the Voyager.

George retired from his job at the airport 20 years later and has spent the last two decades working in condo management. George has welcomed hundreds of people to Marco Island, and in doing so he has cast a net of good times and happy memories over the residents and visitors of this beautiful piece of paradise. Find a local Marco resident, and you’ll hear a story about George. And where is takes up to six steps to connect Hollywood actors to Kevin Bacon, most characters on the Island can make a connection to George in less than two. His many friends have designed t-shirts and bumper stickers, thrown parties and written books in attempts to honor the “King of Fun,” and George revels in the merriment.

I recently asked George what he would like his legacy to be. Knowing his affinity for hospitality, it was no surprise when he said he wanted to be known as the guy who likes to have fun, to dance, and to party. George is an instigator of enjoyment. And when you’re in his company, you’re going to be smiling. George doesn’t practice yoga, but he understands the idea of “living in the moment.” George probably doesn’t use the word, “authentic” very often, yet he is genuine and true to his own beliefs. And while George has probably never intentionally stood in a standing balance pose, he embodies a balanced life of friends and family; of bestowing joy and receiving love.