Gearing up for Relay 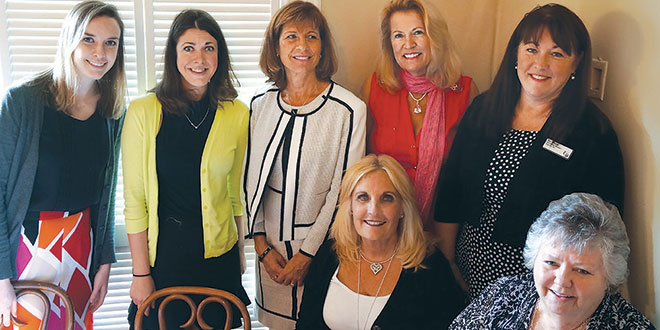 In the February 19th issue of Coastal Breeze News, we reported on the amazing efforts and unprecedented success of Hideaway’s recent golf and tennis fundraiser. Team Hideaway Cancer Committee is one of twenty teams that have registered for the 2016 Marco Island Relay for Life event on April 9 at Mackle Park. All the teams have been busy fundraising, many in creative and unique ways.

Some of the other special events in support of Relay for Life that took place in February:

with breakfast at the Twisted Spoke in Naples. The run included multiple stops throughout Marco Island, Goodland and Naples until the riders ultimately returned to the Twisted Spoke for a delicious pig roast. Guests were treated to music by DJ Steve Reynolds, and live music by the band Teakwood. A 50-50 raffle and silent auction helped the day’s fundraising efforts. All proceeds from the Poker Run and Pig Roast are donated to Relay for Life, Team BMO. 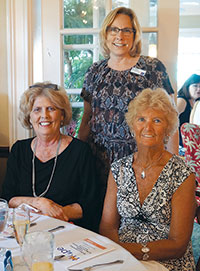 PHOTOS BY JESSICA HERNSTADTSandi Riedemann, Lisa Honig and Maryanne Kofer at the Fight Like a GirlFashion Show.

City of Hope- Karaoke for a Cause

The City of Marco Island team, the City of Hope, held a karaoke night and 50-50 raffle at CJ’s on the Bay on February 26. The event brought out a crowd, 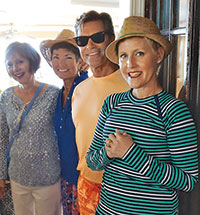 some bravely taking the mic and many more just happy to watch and cheer on the singers. For a suggested $5 per song donation, singers lined up for their chance to perform. Samantha Malloy, one of the event’s organizers, surprised (and thrilled) the crowd with her strong, beautiful voice. The evening ended with city employees singing “God Bless America.” All funds raised at Karaoke for a Cause by the City of Hope Team are donated to the American Cancer Society’s Marco Island Relay for Life.

Island Montessori students held their own mini-Relay for Life event in February, called the “Relay Recess.” The event was organized and run by 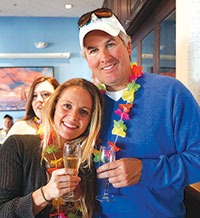 For two hours at CJ’s on the Bay, guests cheered as brave (and talented) karaoke singers entertained.

Marco Island Academy students Cassidy Carlson, Will Carlisle, Abi Neal, Caitlyn Schmidt and Cole Stretton. Students set up five stations with activities and games meant to educate the youngsters on healthy food choices and nutrition, important factors in cancer prevention. Two of the young students, 9-year-old Eliana Kut, and her friend Karina Baldwin, age 8, came up with the idea of selling flowers grown at the school to raise money. The girls have been selling flowers for 25-cents a bunch, or 50-cents a pot. The two have raise $104 so far for the American Cancer Society. Eliana says that they came up with the idea and stuck with it because the 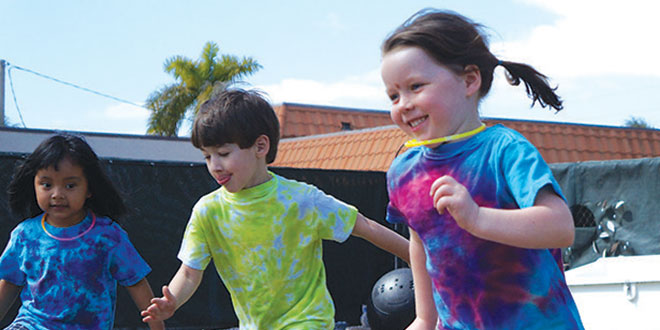 girls “want to help save people from cancer.” Out of the mouths of babes, the ultimate goal of Relay for Life, and every other fundraiser for the American Cancer Society.

It’s not too late to register for Relay for Life!

Want to start your own Relay for Life team? Registration is still open, online at www.relay.acsevents.org. Marco Island’s Relay for Life will take place on April 9, 2016 from 10 AM to 10 PM at Mackle Park, 1361 Andalusia Terrace, Marco Island. The entire Marco Island community is welcome to attend and celebrate, remember and fight back. Admission is free; Relay for Life Teams traditionally sell food and beverages, games, crafts, and assorted merchandise to help raise funds at the event.