Gearing Up For an Award Winning Gala 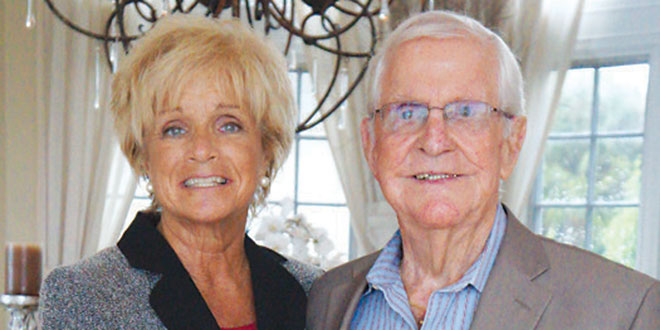 The American Cancer Society’s Imagination Ball 2016 is not until March, but preparations for the award-winning gala have been in progress since this summer.

On Saturday, March 5, 2016 the American Cancer Society will hold its annual gala- the Imagination Ball – at the Marco Island Marriott Beach Resort and Spa. ACS staff and volunteers are already hard at work planning for an event to top last year’s award-winning gala.

On November 1 and 2, the American Cancer Society (ACS) held a “Gala University” in Dallas, where volunteers and staff came together from all over the country to swap stories and share ideas on how to improve their events. Sue Olszak, Marco Island ACS special events specialist and Debra Shanahan, Imagination Ball co-chair, were selected to take part in a six-person panel, answering questions and sharing their advice for a successful gala. The pair was also presented with two national awards for the Imagination Ball in their tier: 2nd runner up for the highest percentage of revenue over goal, and 1st runner up for highest percentage increase year over year.

Sue explained how the ACS staff and volunteers “all work together as a team.” She credits the entire team for the gala’s success, saying that, “every effort is a team effort.”

The team works hard to make the event successful. Dick and Debra Shanahan, Imagination Ball co-chairs, and the 16 gala committee members have 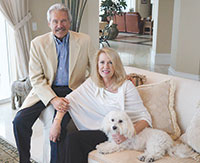 Bill and Karen Young, this year’s recipients of the Grado Award.

been meeting since June. The Shanahans have been the event co-chairs since 2013. We asked Debra why the ACS cause is so important, and she told us that, “cancer is something that affects everybody,” and adding that “you can’t walk away from it- it is here.”

For the third year, the gala committee has voted to honor someone with the Grado Award. This honor is bestowed on a person that has supported the American Cancer Society and its mission with “time, treasure, and talents,” according to Sue. The award is named after Corrie and John Grado, two of the founders of the Marco ACS office and the award’s first recipients. This year’s honorees, philanthropists Bill and Karen Young, are dedicated supporters of the American Cancer Society and members of its Laureate Society. They will be honored at the March 5th gala event with the Grado Award.

Although it’s hard work, Debra says she likes the challenge, “it is rewarding and gratifying to see the results of the event that our whole committee works hard for.”

This is the gala’s 34th year on Marco. “Wash Away Cancer” is this year’s theme, and the gala will appropriately take place at the Marriott’s Beach Pavilion. There will be live music and dancing, silent and live auctions, and an elegant dinner.

Tickets for the Imagination Ball are now on sale. Sponsorship opportunities are still available for businesses and individuals. In order to be recognized in the event program, sponsorship forms must be received by December 1, 2015. For tickets or sponsorship information go to www.acsimaginationball.com or call ACS at 239-642-8800.