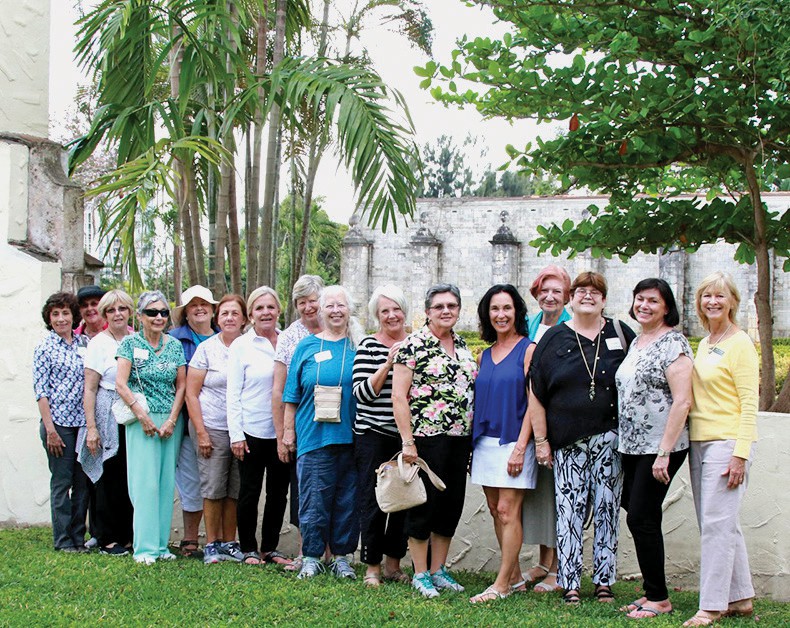 The Calusa Garden Club of Marco Island went on a field trip last month to visit Vizcaya Museum and Gardens as well a stop at the Ancient Spanish Monastery. There were forty-one who “got on the bus” for the drive to the Miami area.

It was a beautiful day for the docent tour of the gardens and museum. Vizcaya was built as a winter home by Mr. James Deering of Chicago circa 1914 and the gardens completed in 1922.

The next stop was The Ancient Spanish Monastery Museum and Gardens. The history of the Monastery and Cloisters of St Bernard de Clairvaus began in Spain the year 1133. In 1925, William Hearst purchased the remains of the cloisters and had it dismantled stone by stone and delivered to New York where they laid in storage until they were again purchased in 1952. The world’s biggest jigsaw puzzle was reassembled in North Miami. Today it is used by an active Episcopal congregation.