From Complacency to Passion: Fixing our Future 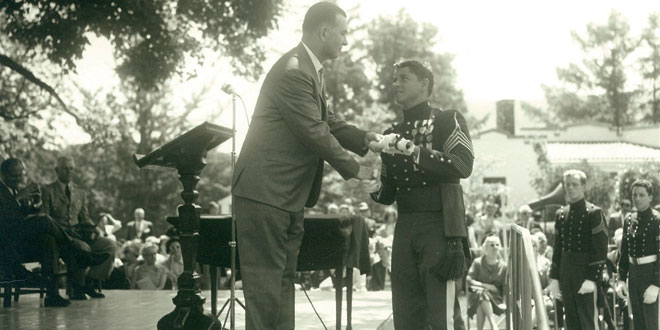 “What man actually needs is not a tensionless state but rather the striving and struggling for a worthwhile goal, a freely chosen task. What he needs is not the discharge of tension at any cost but the call of a potential meaning waiting to be fulfilled by him.” – Viktor Frankl, “Man’s Search for Meaning”

Some people have it, some people don’t. Some people spread it while others try to crush it. Some people rush through life with no time to even give it a second thought. Roy Eaton, a man of conviction and a man of his word, has it.

Passion, an overwhelming sensation to spread and share his ideas, beliefs and well thought out solutions – even if they are political.

Often a guest columnist in the Coastal Breeze News, Eaton’s article “A Note to Congress” spurred him on to write a number of other op-ed pieces based on reforming our government’s many inadequacies. Roy’s essay addressing a number of significant issues which affect our American way of life, published first in Coastal Breeze News as a series of articles, has been published in book form entitled, “Message to Congress: Nero Continues to Fiddle as Rome Burns,” Eaton isn’t afraid to say exactly how he feels regarding today’s government and the many difficulties that lie ahead for our country.

A man with no political affiliation, his view of Congress as a whole is “an inept, wavering Congress that has lost sight of its purpose and whom it is they truly represent.” Speaking directly to Congress in his editorial, “A Note to Congress” and also the first chapter of his book, he says, “What I fail to understand is how some of you have justified your willingness to compromise your integrity and oath of office by catering to special interests, yet have been unwilling to compromise to serve the best interests of the country you were elected to serve.”

But a wag of the finger is no solution to the numerous government programs many would agree are in need of an overhaul. Quoting former President Bill Clinton, Eaton ends “A Note to Congress” with hope. “We are not limited by what we have done, or what we have 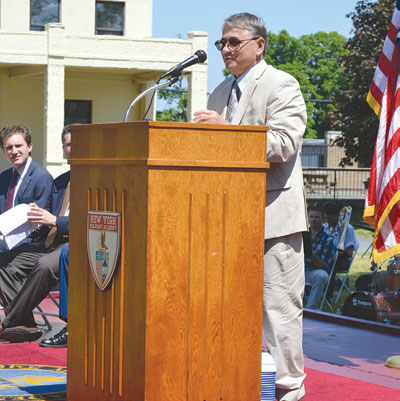 left undone. We are limited only by what we are willing to do.”

Eaton’s book emulates Clinton’s quote. The majority of Americans sit at home, watch the news and grumble about their disdain for American politics today. Not Eaton, he was willing to do more. His writings not only point out the troubling state of major programs and entitlements, but also recommendations for overhaul and revision of essential government services. His ideas based on rational, well thought out planning extend to tax reform, Social Security, Medicare, Medicaid, universal health insurance and immigration. Each subject is discussed in detail chapter by chapter. And not all of the solutions are that simple.

Earlier this year, Eaton was invited to address the graduating class at his alma mater, New York Military Academy. Unlike the first time he spoke at NYMA’s graduation, Eaton’s speech this time came from a different perspective. He wanted to share his passion for government reform. “I wanted to tell you your opportunities are limitless and the world is yours to conquer. I wanted to ensure you that further education, hard work and determination will guarantee your success,” he said. “As much as I’d like to say this to you, you and I know better.”

When Eaton graduated from NYMA, it was 1965. The world was much different, as he told the crowd. “Big companies didn’t run the government; people trusted the government. We were fiscally and monetarily more prudent and had honorable role models in congress, actors, sportsmen and our moms and dads. The office of the Presidency was respected; there was no terror; there was no global warming.

“America is a great nation, but we’ve lost our way,” he said.

Eaton blames his own generation – the baby boomers. Now adults, the baby boomers were given the world by their parents who suffered through two world wars and the Great Depression. Eaton went on to say that his generation, “collectively, slowly transformed from a humane, concerned, peace-seeking generation to one anxious to overachieve and overindulge. We lived far beyond our means and allowed our government to go unchecked. We have become insensitive to the hardships of our fellow man. 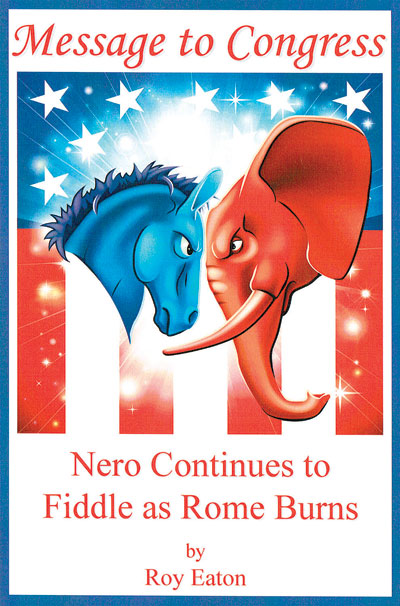 We preach equality abroad but are unwilling to follow our own standards at home.”

And so, it was a difficult task to tell his truths to the future generation on their day of celebration.

“Your generation will not only have to bear the consequences of current indulgence, complacency and indecisiveness. You’ll have to right the ship and select a course to strengthen the economy, fortify our defenses and unite a polarized nation… It will be your daunting task to make America, once again, the nation that all others admire and wish to emulate… And you’ll have to do this while dealing with global unrest, terror threats from abroad and within, escalating education costs and healthcare, a sparse and competitive job market and hostile nations governed by irrational tyrants who threaten our very existence. This is the world that awaits you and will look to you for leadership and guidance.”

Yet, Eaton has hope for the future and believes our country’s problems can one day be solved. He had hope for the graduating class that day, as well. “You are the future of America and your actions will determine if our country will become a footnote in time or if America is to remain the greatest and most admired nation on our planet.”

“I simply challenge each of you to change it with passion, honor and integrity, because without these you have nothing.”

His hope for the future generation is to right the wrongs of his own. His passion has led him to share his ideas and admissions through his news articles and his most recent book. The self-admitted baby boomer, Eaton has been anything but complacent or indifferent. Through any means possible, he hopes to spread his ideas on government reform, passion for a better future, and most of all, hope.

Eaton’s latest book “Message to Congress: Nero Continues to Fiddle as Rome Burns,” is available through Amazon.com He has published three other books also easily found on Amazon. Eaton has offered to give away the first 100 books to anyone who is willing to send them to his or her Congressman. Eaton has done this himself, also sending it to the President. For a free book to mail to your Representative, contact Eaton at CoachRoyEaton@gmail.com