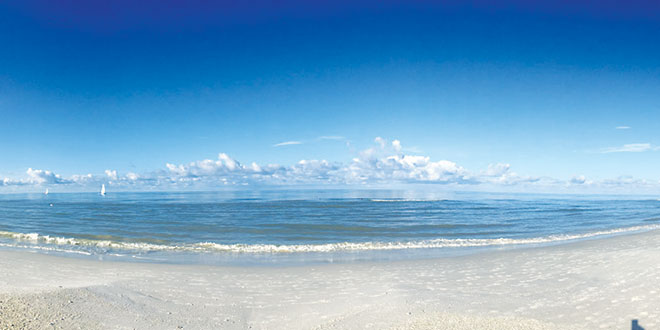 Keeping our beaches clean is vital. Friends of Tigertail helps keep the beach healthy and beautiful. SUBMITTED BY JASMINE PARCELLES

On September 19, Friends of Tigertail Beach (FOT) held their annual International Beach Cleanup event. The cleanup was held in conjunction with the International Coastal Cleanup that took place around the world.

Volunteers, with gloves and trash bags in hand, combed Tigertail in search of litter, debris and other harmful materials. Data cards were given to participants in order to document their findings. The results were then sent to the National Ocean Conservancy and were recorded.

Over 75 people showed up this year and 15 bags of trash, weighing in at a staggering 200 pounds, were

The Friends of Tigertail Beach Cleanup was held in conjunction with the International Coastal Cleanup that took place around the world.

Just a portion of the approximately 200 pounds of trash collected. SUBMITTED PHOTO

Friends of Tigertail is an independently run organization that holds beach cleanups quarterly. Besides cleanups, FOT is all about raising awareness. “We try and educate people about picking up garbage,” said President Linda Colombo. “Everybody seems to be getting the idea that juice straws are bad, beverage straws are bad, cigarette butts are bad. Those are the things that can be harmful to wildlife.” FOT also holds interactive presentations about local birds that come to Marco Island to nest, as well as shell talks and other special events aimed at 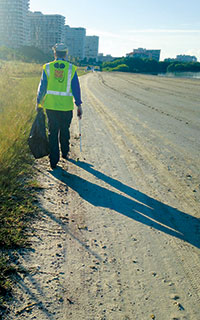 A member of the Truly Nolen team looks for litter on the way to the waterfront.

educating the public. FOT strongly believes that preserving our beaches is important, and something that should be taken seriously, especially in a community like Marco Island.

According to the Ocean Conservancy, “10 to 28 billion pounds of plastic enter our oceans annually.” While this number is large and rather intimidating, it’s the little things like beach cleanups that help combat issues of pollution. Awareness and action, above all else, can help make a better tomorrow, so why not start today?