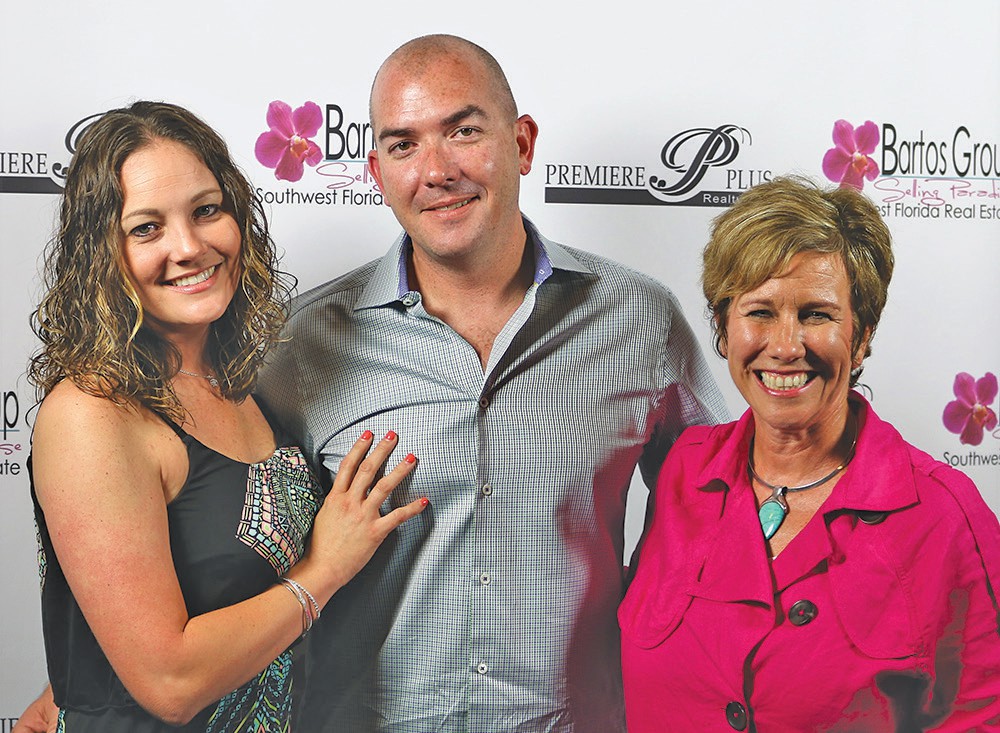 Lauren and Don Ross with their realtor, Mary Bartos. Photos by Jodi Pree

On Sunday, April 23, Lauren and Don Ross were surrounded by friends and family at their HGTV “Island Life” viewing party held at Mango’s Dockside Bistro. 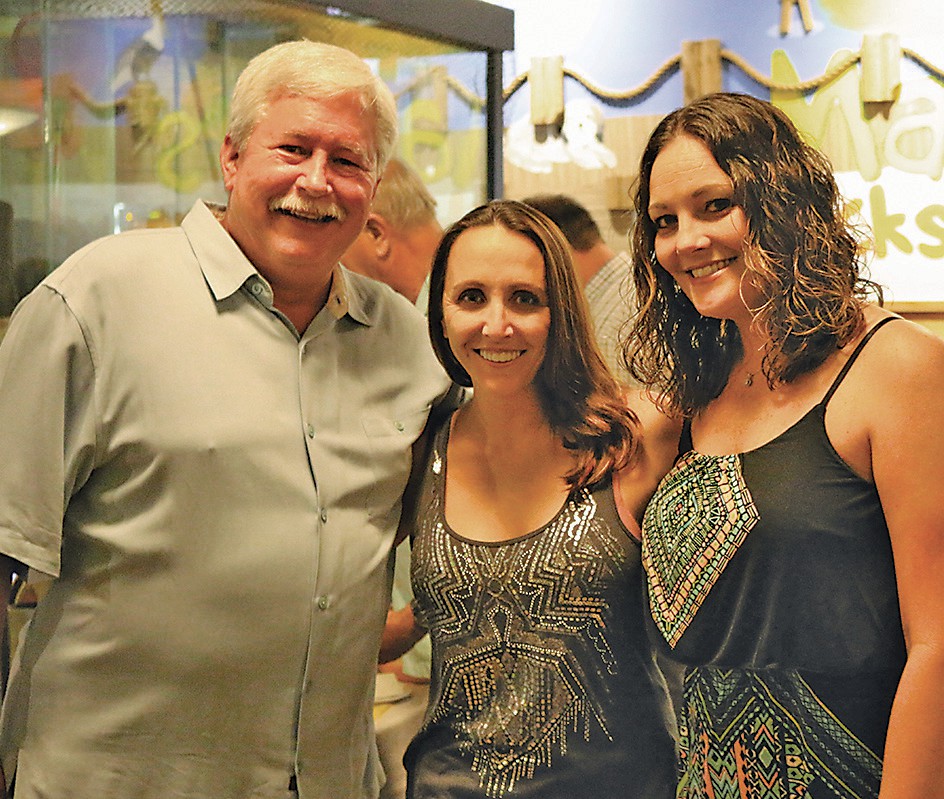 The viewing party began at 8:30 PM. The crowd feasted on a beautiful Mango’s buffet hosted by Mary Bartos and the Premier Plus Realtors… that is 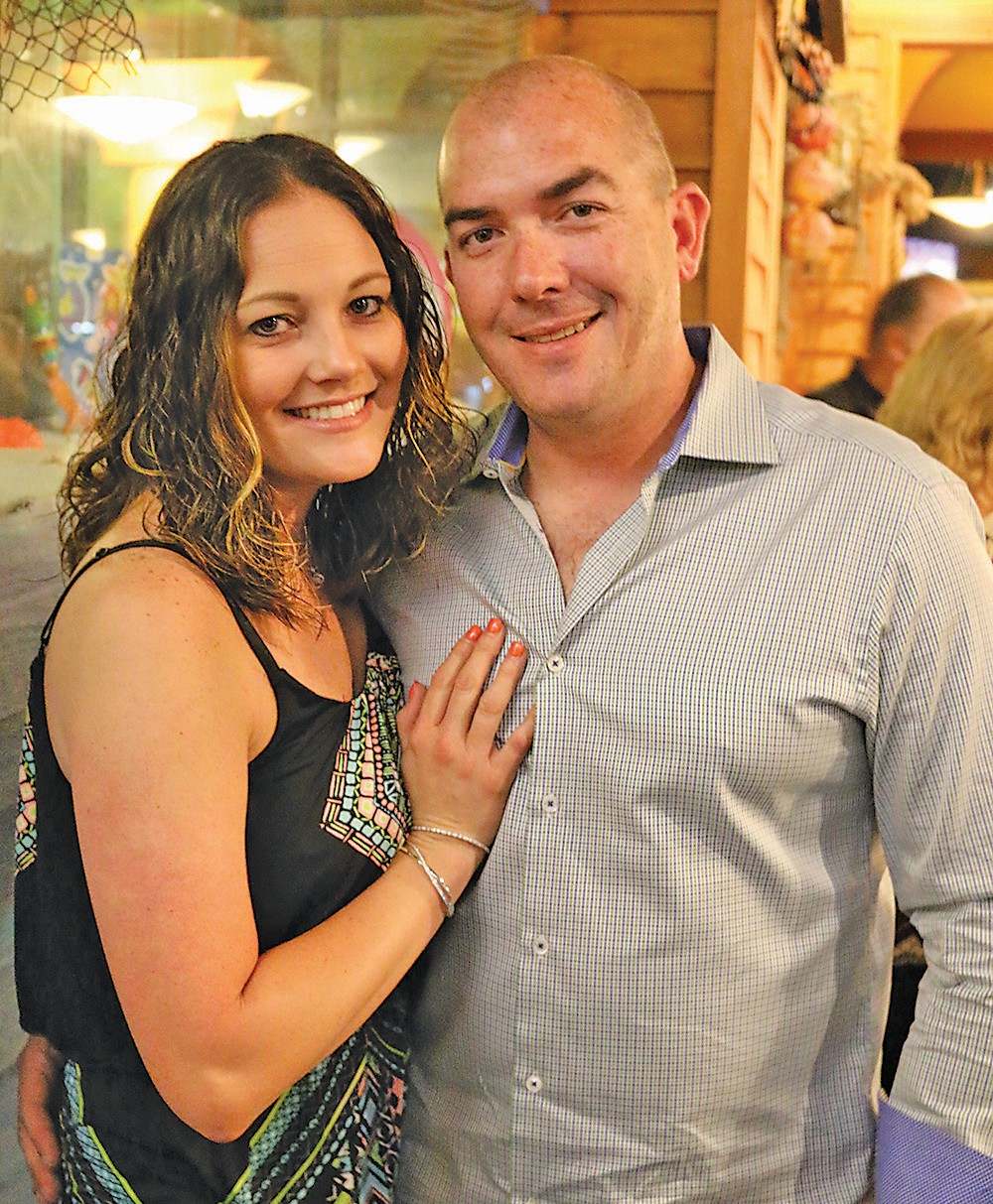 everyone feasted except for the anxious new homeowners.

“We are really nervous. They filmed over 30 hours, and we are curious what they will use for the 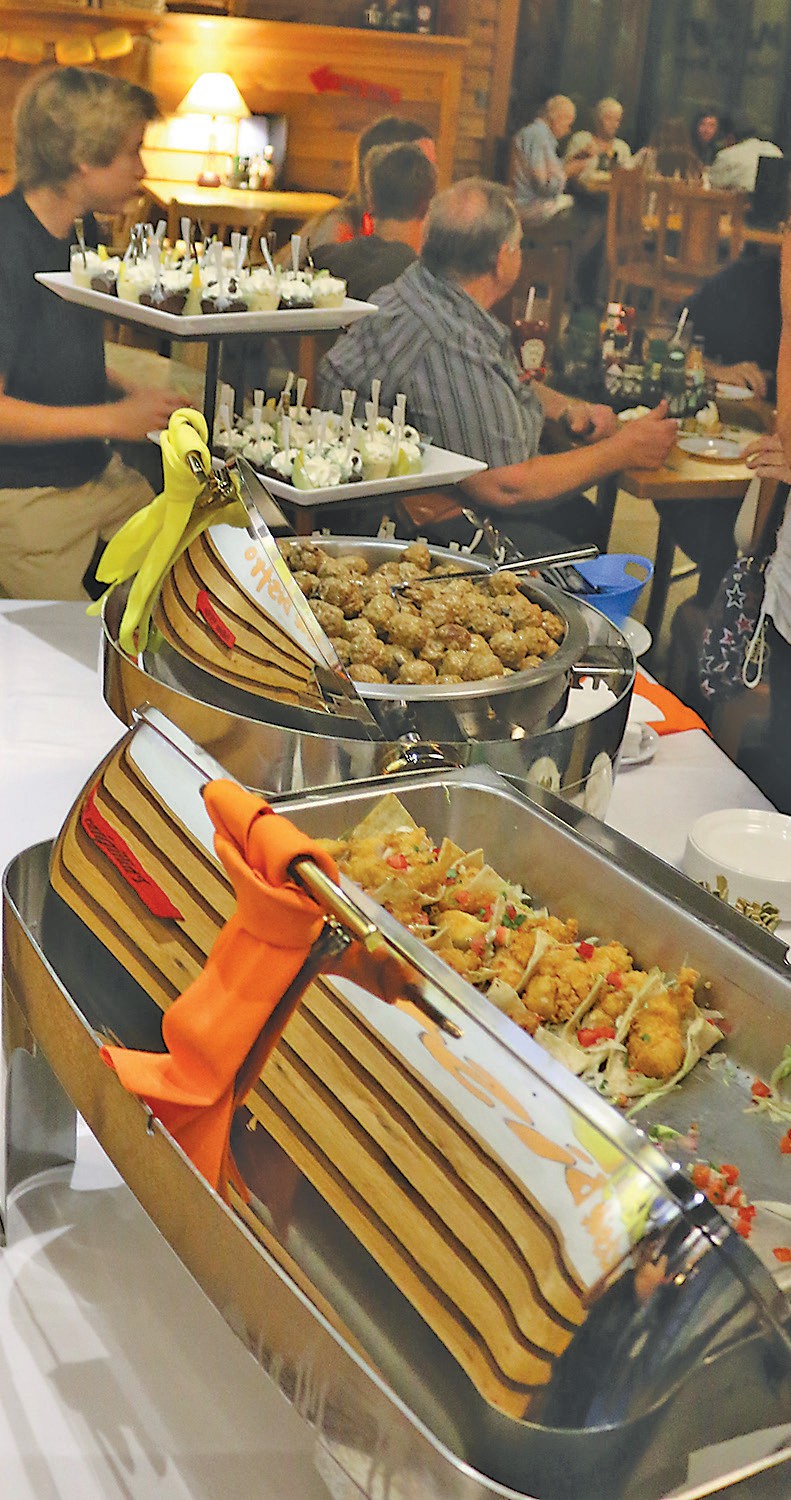 “They didn’t let us see anything beforehand, so this will be the first time we will see and hear ourselves on TV. 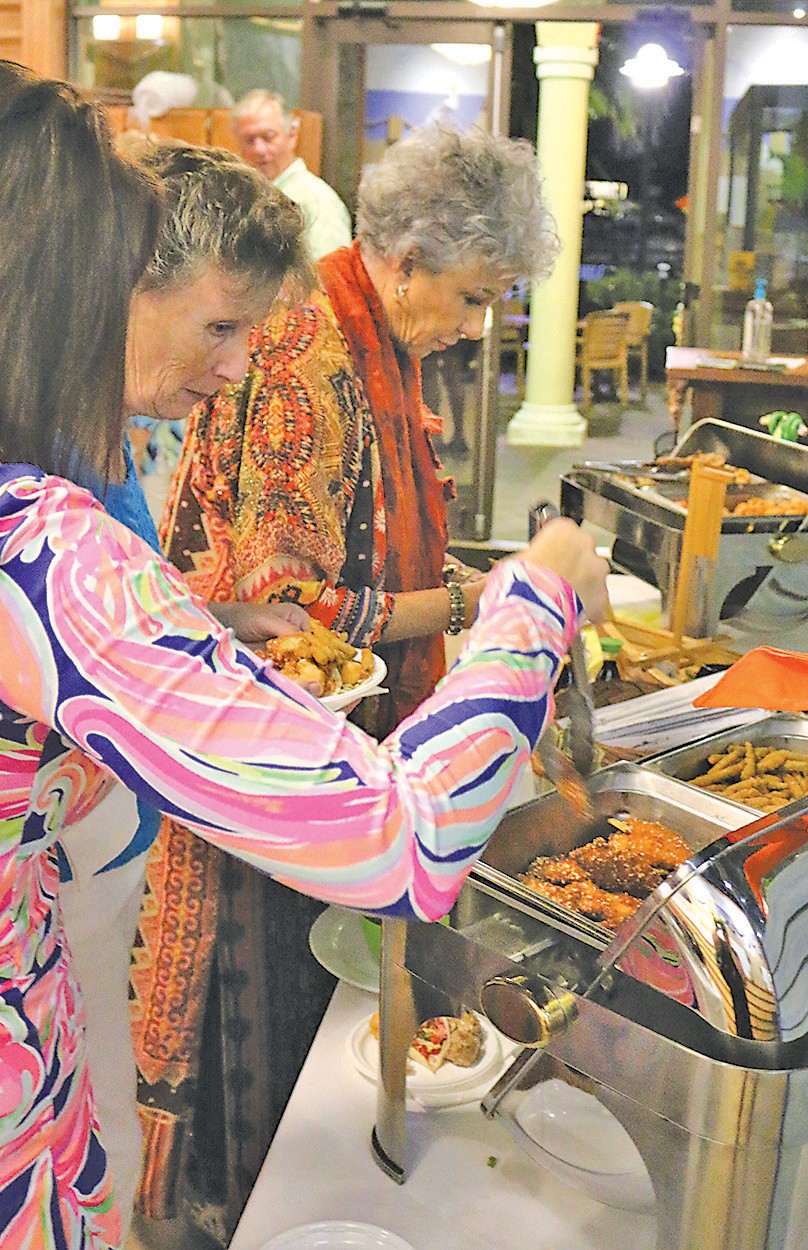 Everything except which house we picked will be a surprise to us,” continued Lauren Ross.

Promptly as the clock approached 9:30 PM the room was hushed. When 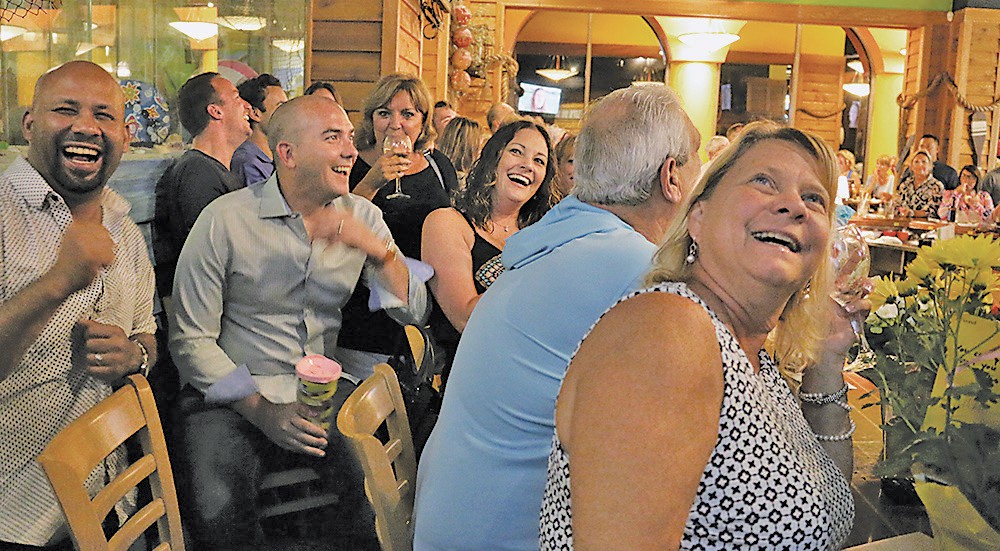 the young couple and their realtor appeared on the many TVs surrounding the Mango’s bar, the crowd couldn’t help but cheer wildly.

Throughout the episode laughs, cheers, 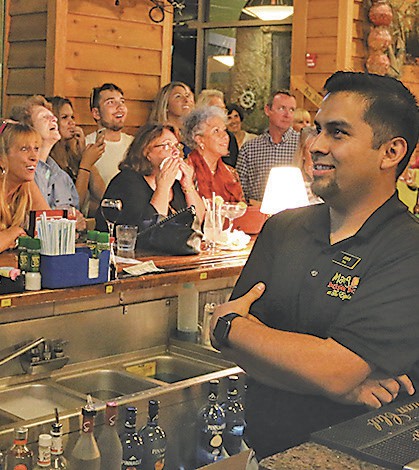 and applause could be heard. In fact, a hearty laugh erupted throughout the party when Don Ross said during the episode, “We don’t spend a lot 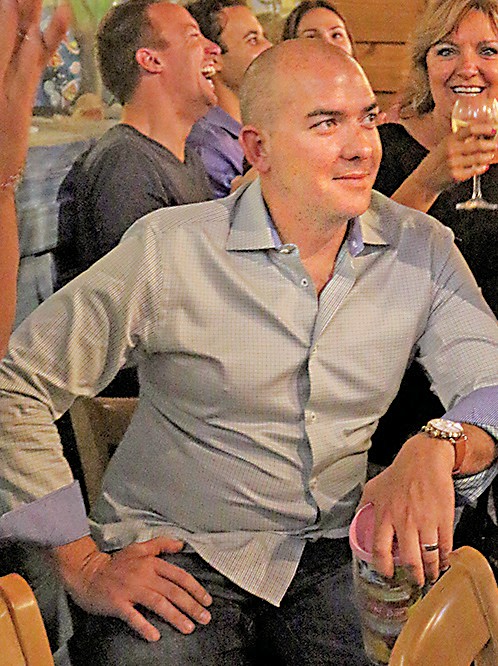 of time in there anyway,” referring to the small size of the master bedroom. “I don’t even remember saying that,” Don Ross said in his defense. 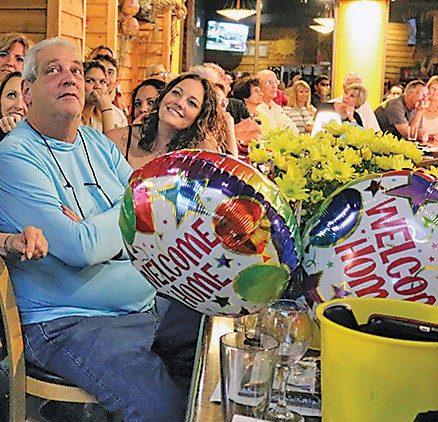 As the episode closed, the couple’s choice was revealed. Casa De Palmas was revealed as the winner, and they got it for below asking price at

“Well, that wasn’t so bad,” smiled Lauren Ross while letting out a sigh of relief. “Plus, we love being back on Marco, and our new home is awesome. We know we made the right choice.”