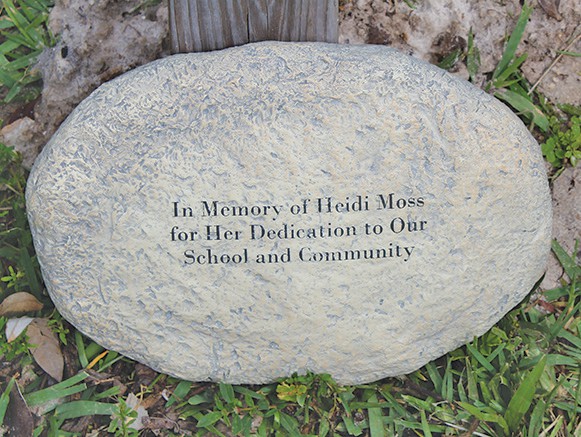 This stone plaque graces the base of the Yellow Trumpet tree. Photos by Don Manley

Heidi Lynn Moss gave much of her time and talent to the island she called home.

A longtime Marco resident, mortgage broker and mother of two, Heidi was a dedicated member of a variety of clubs and organizations, including the Noontime Rotary Club of Marco Island, the Lely Athletic Booster Club, the island’s American Cancer Society unit and the Marco Island Historical Society.

She also started the Goodland Easter Egg Hunt and over the years, organized hundreds of fundraisers for Tommie Barfield Elementary School, Lely High School and at Marco Island 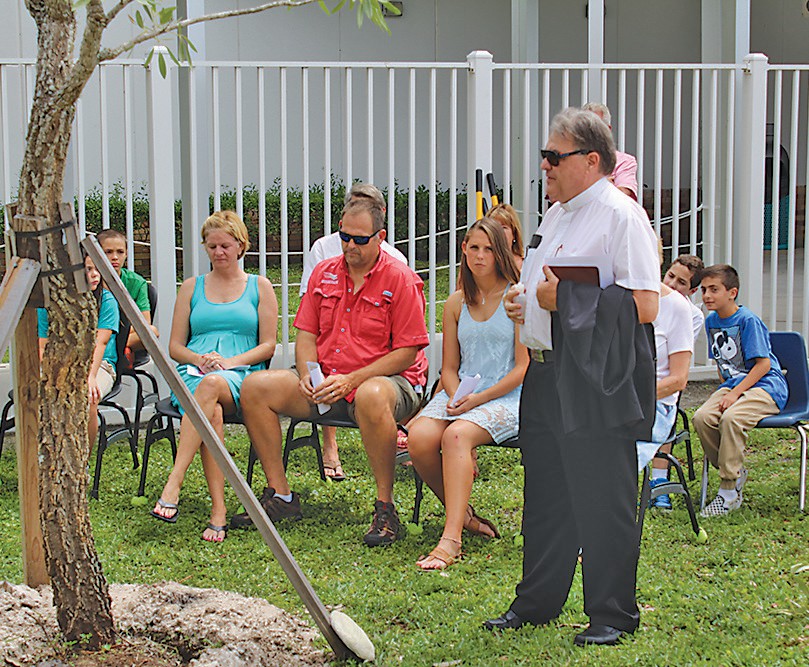 “Heidi organized all of the major fundraisers for the school,” said MICMS Principal George Abounader. “Through her efforts, a lot of people’s lives have been touched and that’s what we’re honoring today.”

Abounader offered his comments after the recent ceremony on MICMS grounds dedicating a yellow trumpet tree to the memory of Heidi, who passed away in November at age 46.

Known for its trumpet-shaped, bright yellow blossoms, the tree is located near the flagpole, near the school’s front entrance. Near the tree’s base rests a stone plaque 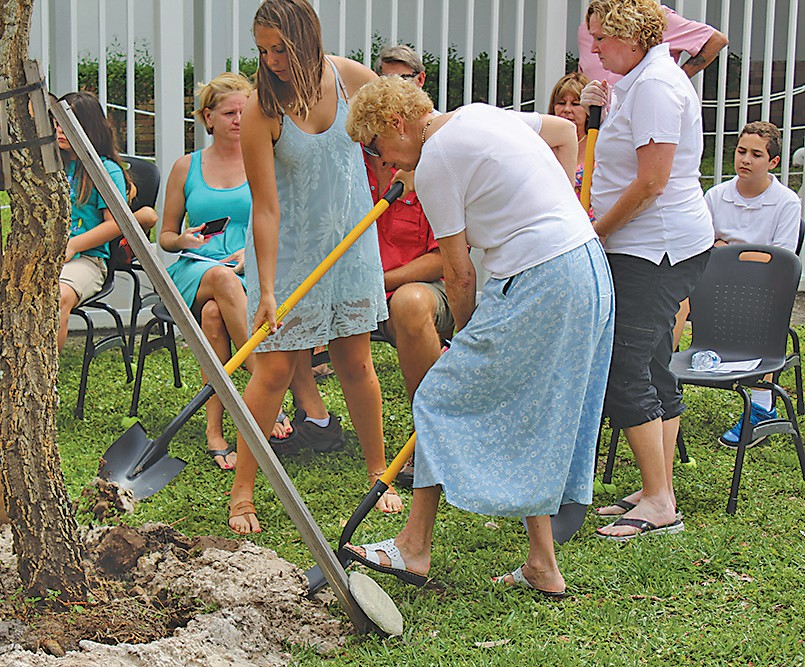 that reads: “In Memory of Heidi Moss for Her Dedication to Our School and Community.”

The brief ceremony was attended by members of Heidi’s family and a sizable number of friends, assembled in a semi-circle as they heard remarks from Abounader, a poem by Sarah Lucrecio, music from the MICMS Jazz Band and a blessing delivered by Father Tim Navin, pastor of San Marco Catholic Church.

“Lord our God, let your blessing come upon us as we plant this lovely tree,” said Father Navin. “May the shade and the cheer it 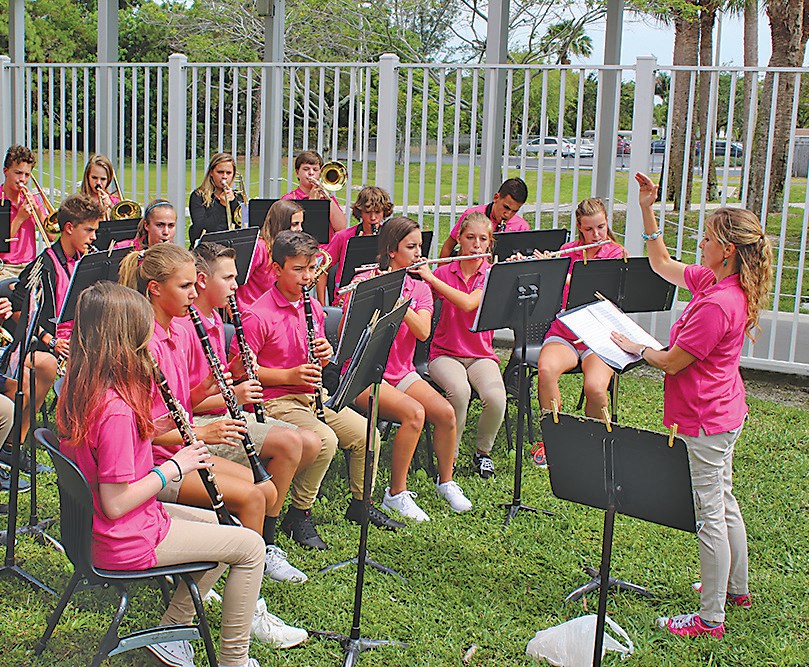 gives be a sign of the joy that fills our hearts.”

Following the blessing, several of Heidi’s family members and close friends took part in the ceremonial shoveling of dirt at the tree’s base.

Among them was Heidi’s daughter, Katie Moss, 18, who was pleased to see her mother memorialized in such a fashion.

“My mom believed a lot in community and family, just togetherness,” said Katie. “The fact that a tree is here, I think it represents life and what she was able to give the community. So I think it’s really nice. It’s beautiful.”