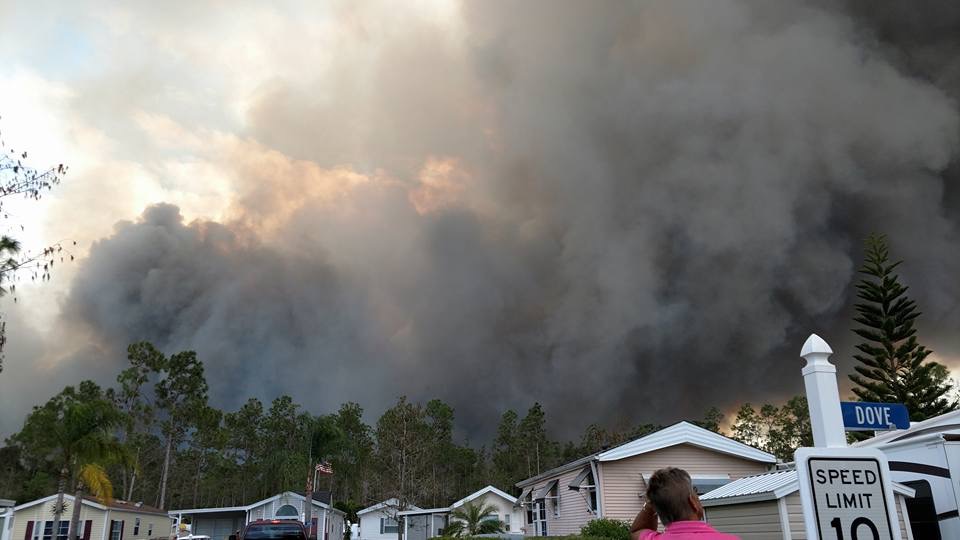 The fire is now 10% contained with over 6,000 acres affected. Road closure from Golden Gate Parkway to Rattlesnake Hammock. Mandatory evacuations are in place for the Naples Club RV, Panther Walk RV, Forest Glen and the horse stables in and along Newman Road. Collier Schools reported that Lely Elementary was closed due to smoke, and all students had been relocated safely to Calusa Park Elementary.

What started as brush fire has developed into a significant fire in Naples. Coastal Breeze News spoke with Marco Island Fire Chief Mike Murphy to get an update on the fire, now burning on Route 951/Collier Boulevard in Naples. Yesterday Chief Murphy advised that the wildfire had grown into “a major fire” affecting approximately 3,500 acres. This morning the estimates grew to over 4,000 acres affected and 40% contained.

The fire crossed Route 951/Collier Boulevard between Rattlesnake Hammock Road and Davis Boulevard. Collier County Emergency Management, via twitter, has been posting updates for the public.

Collier Boulevard between Rattlesnake Hammock Road and Davis Boulevard remains closed, and it is unclear when it will be reopened for traffic. Cedar Hammock Golf/Country guardhouse is closed, residents are advised to use the Davis Boulevard entrance and exit. Naples Lakes Country Club 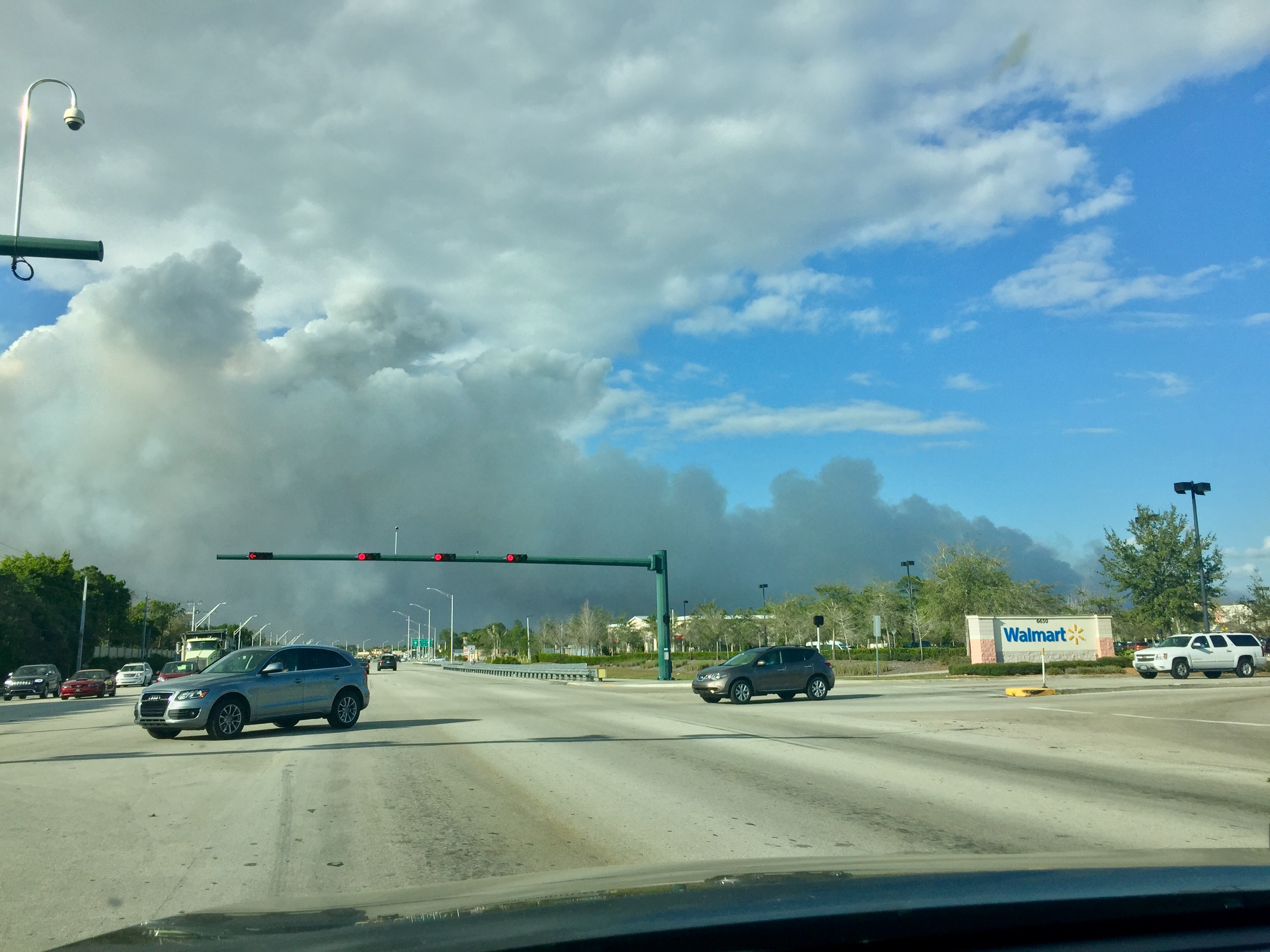 is closed on the Collier side.

Chief Murphy advised that fire rescue units protected homes on the west side of Collier Boulevard by using water streams. The Caloosahatchee Forestry Center reported that units worked through the night to try and contain the fire.

Under mutual aid agreements, over 11 engines from Sarasota County all the way down to Collier County have responded to the emergency, along with responders from Forestry Units and Marco Island Fire Rescue.

Many island employers, such as Condee Cooling and Electric, allowed their affected employees to leave early yesterday. Many Naples residents were stranded on Marco Island yesterday, forced to spend the night with friends or family. Today, the road remains closed and there are mandatory evacuation orders for Naples Club RV, Panther Walk RV, Forest Glen and the horse stables in and along Newman Road.Collier Schools reported that Lely Elementary was closed due to smoke, and all students had been relocated safely to Calusa Park Elementary.

A Reception Center has been set up at Golden Gate Community Center if needed, located at 4701 Golden Gate Parkway.

For more information follow Collier County Emergency Management on twitter, or call the twitter.com/CollierEM Hotline 239-252-8444. For further updates, go to coastalbreezenews.com or visit our Facebook page.