Fire at the Sea Watch Condominiums 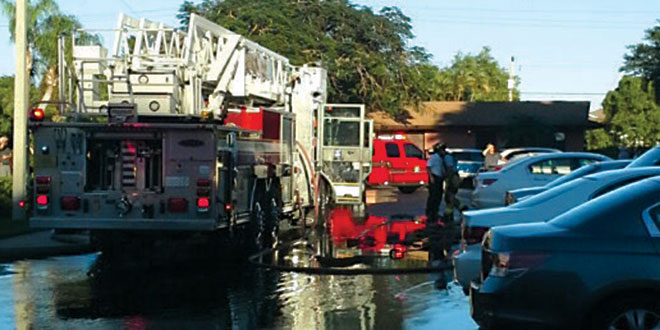 On Monday, January 4, 2016 at 4:09 PM, the Marco Island Fire Rescue Department received a call of smoke coming from the Sea Watch Apartments at 209 S. Collier Blvd. Fire units responded immediately, arriving at the scene in approximately three minutes. Smoke was coming from the front of the structure as well as the rear. The Marco Island Fire Rescue Department, Greater Naples Fire Rescue and Collier County EMS all responded to the scene. Marco Island police officers assisted in the evacuation of residents of the building.

The fire crews entered the structure and successfully extinguished the fire. The unit itself

is now unlivable due to damages. The unit directly above also sustained smoke damage.

The fire department made contact with the management on scene and were able to locate the unit’s owners who were not present at the time of the fire. Other surrounding units did receive some light smoke damage but were able to be turned back to the owners and the association.

Due to the extensive damage the cause of the fire remains indeterminate.

“We made contact with the owners of the affected units and the condo association,” said Fire Rescue Chief Mike Murphy. “We’ll do whatever we can to assist them during this time of need.”