Fire… a Necessary Function of Nature 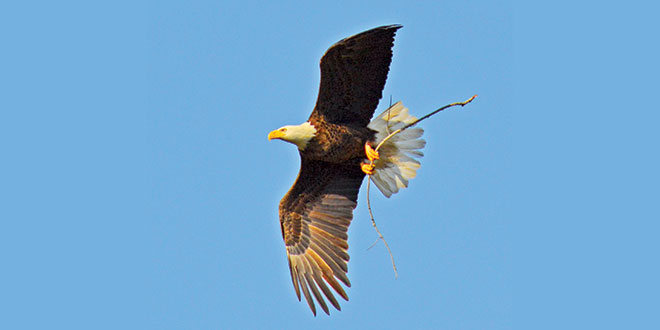 Mobile wildlife such as deer, bear and bobcat can flee a wildfire quickly. Nesting birds such as eagles, herons, egrets and storks could be more at risk. PHOTO BY BOB MCCONVILLE

As I watch the evening news, I see that another wildfire is burning out of control somewhere across the United States. Reports proclaim that it is 40% contained, and then 60% under control. Attention is drawn to the number of structures that are at risk, then saved, because of the quick action taken by mankind’s actions. It’s good that homes are spared Mother Nature’s wrath, but is this stoppage of a natural event what was intended overall?

Here in South Florida, throughout the past few weeks, I’ve left my home in the morning and I can smell smoke in the air. Big Cypress Swamp is burning. Adjacent to the Big Cypress is the Everglades. Is this a devastating event or just a means for nature to cleanse the land for regrowth?

It is estimated that the Everglades came to be what it is more than 5,000 years ago. Waters overflowing from the south banks of Lake Okeechobee created a slow and deliberate disbursement that irrigated the land. Winds would carry the condensation from these waters and create much needed rain over the region. But every once in a while a purge of the undergrowth is required, and the catalyst to do so is fire.

Fire is the “maintenance man” for the Everglades and surrounding areas. Florida has two seasons, wet and dry. The majority of fires are caused by lightning strikes during the wet season.

The sawgrass prairies have endured these strikes for thousands of years, and fire actually improves the passage of water through the shallows by burning grass that would eventually impede the water flow. Wildlife also benefits from prairie fires as food is created by the new growth of vegetation. A burn also keeps out larger bushes and small trees.

At a slightly higher elevation, but still in the same region, are the hammocks or what are known as “tree islands.” The prairie waters create a moat-like effect that protect these areas from harm. Additional moisture in the soil and higher humidity become fire deterrents. Animals may rely on this habitat for protection.

The driest land will produce pine trees. These communities require fire for maintenance as well. Flammable needles from the trees will cover the sand-based floor and, when ignited, help eliminate competition from low lying vegetation. Extreme heat here will also open the fallen pine cones to allow for germination.

Our misunderstanding of the role of fire played a huge part in the disappearance of many pinelands. As fires were extinguished, the pine areas were naturally replaced with smaller hardwoods and vegetation. The purge was disrupted. For example, pine forests covered more than 150,000 acres of the Miami-Dade County area prior to urban development. Today only about 22,000 acres remain.

The effects of fire are temporary. Some large, uncontrolled fires move fast and burn at higher temperatures, but they are also temporary. Vegetation recovers rapidly. Many wildlife species can use areas pretty quickly after burns. The high quality habitat is created after a burn.

One can conclude that fires are beneficial to purge the land. The new vegetation created may actually be vital for the wildlife population. Fire should not be considered as a killer in these areas, but should be seen as a creator, a generator to kick-start a new growth.

Some research indicates that regions of the Everglades actually burned for years, although this tendency seems to have abated in recent times. Now, when I leave my home in the morning, and I can smell the wood burning from a fire to the east, I’ll know that all is in order and that Mother Nature is just doing her job, as usual.

Bob is the owner of Stepping Stone Ecotours and a Naturalist for a local dolphin survey team. He is a member of the Florida Society for Ethical Ecotourism. Bob loves his wife very much!

Get Ready for Some Guests: Bird Migrations