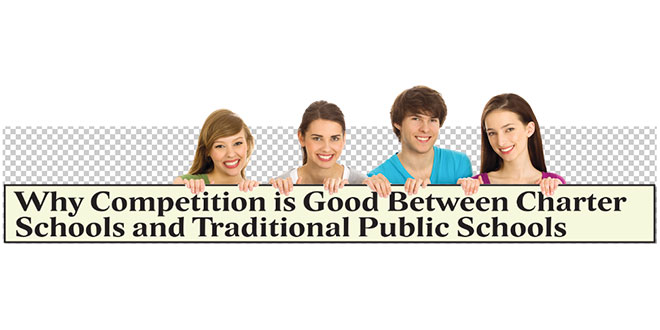 Over five years ago, I sat in the front row at a district school board meeting in Naples awaiting the news of our school’s fate. This meeting was my second time in front of the school board. The first time, only a month earlier, the superintendent did not recommend our charter school for approval. Today was a new day. Anything was possible. As the motion to approve our school came to a vote, I shut my eyes, held my breath and listened intently to the comments from the board members. Out of the five members, only one voted against our school. Her reason was what shocked me the most. She said, “Marco Island Academy had plenty of champions. I want to be a champion for the existing public high school instead.” Although, I was frustrated by her lack of support for school choice, I respected her support for the local high school. My only question was…why wasn’t she a champion for the local high school before I came along? It was at this moment that I realized why competition is so important in the public school system.

Many public school supporters complain about charter schools. The main concern is that charter schools take money away from traditional public schools. However, if they are offering a high quality education for their students, they won’t lose a dime. Just as the free enterprise system in the U.S. has proven successful throughout history, the competition created between traditional public and charter schools can drive all schools to perform better. I compare it to the evolutionary theory of “survival of the fittest.” Competition ensures that only the best survive. In the state of Florida, the money follows the student. Basically a school is funded based on the number of students enrolled in the school. If the school does not perform, then the administrators need to identify the problem and make the necessary changes to improve the school. If they are unable or unwilling to make the necessary changes, the school will lag behind.

Keep in mind there have been changes in the way the school grades are calculated over the years. In addition, MIA’s grade is been based on a completely different scale with fewer possible points, so it is difficult to make a direct comparison.

Regardless of the variations in the grading system, improvement has been seen across the board between the competing schools. The bottom line is that if you compare the performance at the local district high school and the Marco Island Academy has improved significantly over the past 4 years.

At MIA this year, one of our students was accepted on nearly a full scholarship to John’s Hopkins where he plans to study Neurology. Another student scored in the top 1% in the country on her ACT and was accepted to UCLA and NYU. My hope is that as our school continues to excel, so will the other schools throughout the district.

In the end, when competition between schools drives them to succeed, the parents and students are the beneficiaries. Parents can select the best school to meet their child’s needs regardless of whether it is a traditional, charter or private school. Students can find the right fit to thrive academically, socially, and personally. As a parent of three children in the public school system, I am thankful that I have a choice. As the founder of a charter school and advocate of high quality education, I am thrilled to see how competition has helped improve performance throughout the district. Ultimately kids are the winners. Isn’t that the way education should be?

Jane Watt is a mother of three children in the public school system. She is also the Founder and Chairperson for Marco Island Academy, a public charter high school. Recently she wrote the book, “Fighting For Kids: Battles To Create a Charter School.” Her mission is to help improve educational opportunities for children.