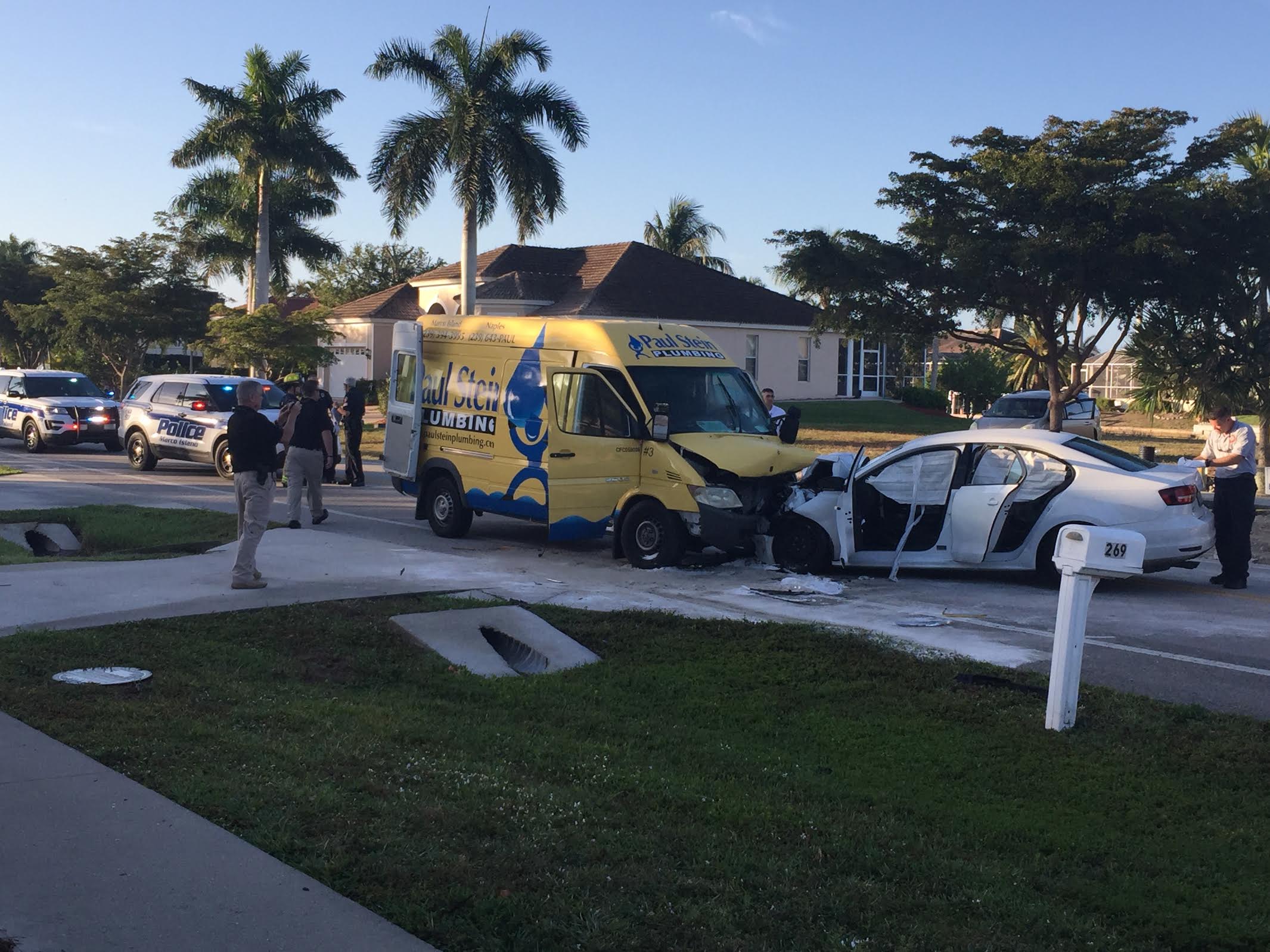 At 7:28am, the Marco Island Police Department responded to a vehicle crash in the area of 269 N Barfield Dr. MIPD patrol officers arriving on scene observed a two vehicle collision involving a 2005 Dodge panel van and a 2016 Volkswagen sedan.

The driver of the Dodge, Raul D. Gonzales, 44 of Marco Island, was transported to a Naples hospital via EMS.

Three passengers in the Volkswagen, females aged 5, 8 and 10 were also transported by EMS.  The 5 year old was transported by helicopter to Lee County, while the remaining 2 children by ground transport to a Naples hospital.

The driver of the Volkswagen, Catherine M. Jacobs, 61 of Naples, was transported by EMS to a Naples hospital, were she was pronounced deceased.

The Marco Island Police Department Traffic Homicide Investigation Team is investigating the cause of the vehicle crash.