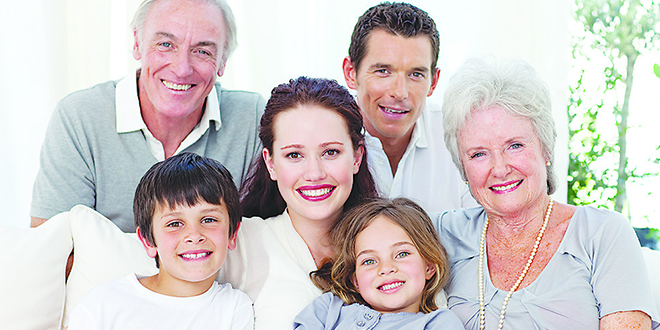 Perhaps you are part of a large family with siblings. You keep in touch: phone calls, emails, Facebook pictures, and maybe get together for family vacations or reunions. You enjoy each other’s company most of the time. They’re family. They are there for you when you need someone to talk with. They have your back.

Then imagine that one or two of your brothers or sisters start having symptoms of forgetfulness, confusion, or problems at work. You try to make light of it thinking they’re just having some senior moments or a bad day. Eventually, they go to a doctor who suspects dementia. More detailed tests confirm they have the gene that causes Alzheimer’s. You learn they have a 50-50 chance of developing early onset Alzheimer’s. Your siblings are young, in their 40s and 50s. You are tested and don’t have the gene. But your brothers and sisters do, the gene that may cause them to gradually decline, to being dependent on others for their care, to being dependent on you.

That is the situation of Karla DeMoe Hornstein, the only one of the six DeMoe children of Tioga, North Dakota, without a mutated gene for early onset Alzheimer’s. The disease claimed their grandmother, and father Galen, who was diagnosed with Alzheimer’s in the 1970s at the age of 41 after being demoted from his job in the oil fields and then fired. Galen died in 1989 at 58. Two of his siblings were also claimed by the disease. In the past few years, Karla’s brother died at 54 and a sister at 56 of causes related to Alzheimer’s. Another brother lives in a nursing home, and two others, ages 45 and 54, have the mutated gene but so far continue to work without signs of illness.

The DeMoe’s story, “How an Alzheimer’s Diagnosis Defined a Family” was written by Claire Ansberry for the March 1, 2017 issue of the Wall Street Journal. In it, Karla says, “I didn’t expect to be a caregiver,” and as a retired secretary, says she’s more comfortable with paperwork than nursing others. But, “I felt I was chosen.” Karla has power of attorney for her siblings who have Alzheimer’s. When her unmarried brothers who lived 300 miles away were making too many demands on their mother who lived nearby, Karla hired housekeepers for each of them. Later, at the appropriate time, with concerns about her brothers getting lost or driving the wrong way down the street, she had to take away their car keys. When they further declined Karla had to make the difficult decision to place them in a nursing home.

In addition to being a caregiver, Karla has also become an advocate, looking online for researchers and clinical trials with drugs that may slow and possibly arrest the development of Alzheimer’s. One room in her Fargo, North Dakota home is devoted to Alzheimer’s research.

The year Karla’s mother died she had to move her sister, Lori, from Laramie, Wyoming into a nursing home near her. Lori’s three daughters have been tested for the mutated gene. Two don’t carry it, one does. According to the WSJ article, Robin, 33, receives monthly injections at home as part of a clinical study or travels to Washington University in St. Louis where a clinical trial is being conducted to test whether drugs might stop or slow the type of Alzheimer’s disease in patients like the DeMoes, autosomal dominant Alzheimer’s.

About two dozen DeMoe family members participate in research in Pittsburgh, Pennsylvania, traveling once a year for several days of testing. Dr. William Klunk with the University of Pittsburgh’s Alzheimer’s Disease Research Center, said, “We can explore changes well before we could in the general population. Doctors can monitor to see whether drugs are eliminating or slowing the buildup of problem amyloid proteins years before symptoms begin using imaging compounds.” Dr. Klunk and a colleague developed one, Pittsburgh compound B, which when Injected into the arm, travels to the brain and illuminates where the problem amyloid protein clusters are forming.

The DeMoe family has a high incidence rate of this extremely rare form of Alzheimer’s caused by an inherited mutated gene, according to the article. Those with the gene mutation typically develop symptoms beginning in their 30s, 40s, and 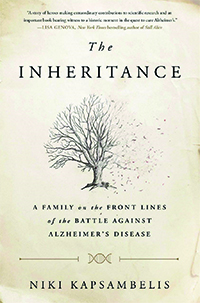 “Knowing who the disease will strike and when, offers a powerful basis for finding a treatment and determining if it is effective.”

50s. This form of the disease makes up less than 1% of all Alzheimer’s cases, information found in the 2016 Alzheimer’s Facts and Figures report. All types of early onset disease affect five percent of the U.S. population or around 200,000 people.

The DeMoe family story is similar to families in Medellin, Colombia, where a different gene is causing Alzheimer’s. At the Medellin University of Antioquia, Dr. Francisco Lopera has worked with the largest known family with inherited Alzheimer’s disease. Hundreds of individuals in this family are fated to get the disease and will develop symptoms, usually between 45 and 50 years of age. After working with the family for twenty five years, Dr. Lopera with Kenneth S. Kosik now say they know that the gene responsible for this family’s disease is called presenilin 1 (PSEN1). Kosik’s article from the online STAT News of April 12, 2016 states that knowing the gene mutation, we can predict which family members will get Alzheimer’s disease. Kosik says, “Knowing who the disease will strike and when, offers a powerful basis for finding a treatment and determining if it is effective.” The Colombian family is now part of a large prevention trial.

While most of the Colombian family members with the PSEN1 variant will develop Alzheimer’s disease before age 50, a few develop it later. Kosik says they’ve recently discovered that these individuals carry a different gene variant that provides some protection against the disease which can delay the onset of Alzheimer’s by as much as eight to ten years. It doesn’t provide complete protection since the researchers have seen no one with the PSEN1 mutation who escapes Alzheimer’s disease.

The Stat News article mentions another large Colombian family in a nearby village with yet a different genetic mutation that also causes Alzheimer’s at an early age. According to Kosik, this gives the research team an opportunity to put their findings of a modifier gene to the test in a different genetic setting.

These stories of people with different genes developing the disease help me understand why after over a century, scientists are still working to find a prevention or cure for Alzheimer’s disease. It’s the complexity of the disease itself. After all, it was as long ago as 1906 that Dr. Alois Alzheimer, a German physician described the haunting case of Auguste Deter, a patient who had profound memory loss, unfounded suspicions about her family, and other symptoms. She was the first patient whose brain at autopsy showed the abnormal deposits and tangles around the nerve cells. (For additional information, google Dr. Alois Alzheimer.)

If you want to read more about the DeMoe family starting with the 40-something matriarch Wanda, who began to act erratically, forgetting her kids in the car, leaving food on the stove, and died at age 54, check out “The Inheritance,” by Niki Kapsambelis. Just published in March 2017, the book gives details about this close-knit family. The book was mentioned in the earlier Wall Street Journal article and in a more recent one, the WSJ ‘s Bookshelf column of Tuesday, March 21, 2017.

The columnist quotes author Kapsambelis, saying as tragic as such mutations are, they may hold the key to preventing or at least delaying Alzheimer’s. By testing drugs in this sliver of the population, “researchers hope—and the rest of the world prays—that they will be able to translate a successful treatment to the rest of humanity before another generation is lost.” All of us impacted by the disease will say amen to that. A cure can’t come too soon.