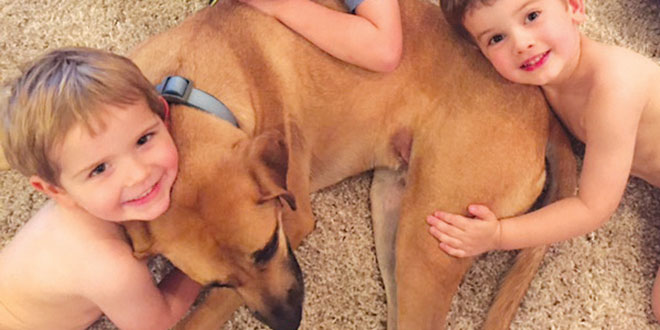 It happened again. Our whole family gathered together here for our holiday celebration. For four joyous nights we had 15 people and two dogs sleeping under the same roof. But for nearly three weeks they streamed in and out, in various combinations of individual families, at the mercy of work schedules and “paid time-off.” In 19 days I made no less than 19 trips to the grocery store. I washed bedding and towels in quantities that would rival Motel 6. I baked cookies, made pies, fried fish and tossed salads. I wiped milk off the floor, mashed potatoes off the lanai and boogers off the wall. And I can say with a straight face and fingers uncrossed…I loved it! There is no better way to get to know your grandchildren, or be reacquainted with your grown children than to spend some (limited) time living with them. Undoubtedly our family time was too short, and the days passed too quickly, but there were some memorable moments, and lessons learned in our 19 days of December, so here goes:

When you need to keep the peace, go for a walk:

Each morning the grandkids would wake before dawn. Let me rephrase that: each morning the noisiest grandkids would wake before dawn. Luckily I’m a pretty early riser myself, so when the little bodies started rolling out of bed I’d hand them each an individual packet of sugar coated cereal (Nana’s treat) and we’d go for a walk. I’d push the stroller, pull the wagon or run with the scooter. We’d take at least one of the dogs and we’d work off some early morning energy while the rest of the household enjoyed a peaceful awakening to the day. I got my exercise, the noisy ones got to make noise, and the quiet ones enjoyed their peace. Win, win and win!

Think before you speak, especially when beer is involved:

I made up a game to play while the kids were here. I called it “Family Trivia,” and we waited until dinner was over, the kids were in bed and adult beverages had been served, before we played. I wrote questions on paper cards and each couple took turns drawing one off the stack. The couple then had 20 seconds to come up with the right answer before it was open for someone else to chime in. Did I mention a cash reward for each correctly answered question? This game became very competitive.

The question to our oldest son and his wife was this: “In what state does your dad’s oldest brother live?” “Ha!” said our son. “I got this! I’m going to let a little time slip off the clock before I answer.” So he did. The timer clicked off another ten seconds, and he swaggered in his seat before he shouted “Seattle!” Needless to say, he didn’t get any green for his answer, and he will never, ever live that down. Who knew a couple of Coronas could jumble cities and states?

Make the most of Time Out:

After the rest of the family had returned to the Midwest, our daughter and her husband decided to take a little getaway to the Keys. I had the pleasure of taking care of their two boys for two days. About 13 minutes into Day 1, the boys got into a fight. I’m not sure what caused the fight, but I got involved when the spitting started. The six-year-old was sentenced to five minutes on the couch. The three-year-old sat on the floor in my office while I worked at my computer. His name is Boone and he’s the perfect combination of naughty and nice. I can say this because I don’t have to raise him. But sitting at my feet that morning, during his imposed “quiet time,” Boone began to sing softly. He has an impressive repertoire of Christmas songs, and he sang them all, medley-style. This made me smile to myself. But he ran out of Jingle Bells and Rudolph before his five minutes were up, so he started his next best recitation. Prayer. When I heard him begin with “God is great, God is good…” I turned to mush. “Time Out” came to an early end, and the little devil was a saint once again.

When you need a little love, ask for it:

We have another grandson who is three. His name is Penn and he’s a little man in a Baby Gap body. He uses words like “seriously” and “actually” and “excavate” and “understand.” But he’s still a little boy, and he likes to have his mommy and his daddy close by. Especially when it’s bedtime and he’s having trouble going to sleep. So one evening, as his parents sat outside with the rest of the adults, Penn began to call for his mommy. His calls turned to cries before we were able to hear him and his cries turned to vomit before his parents reached the top step. In the world of a three-year-old, minutes seem like hours, and when you need a bonus hug at bedtime, you pull out all the stops. That’s all it took. A moment of reassurance, and some warm soapy water.

Make time for yourself:

The chaos and noise and mess and confusion created when a group the size of our family infiltrates a confined space can be overwhelming. Especially if you’re a ten-year-old cock-a-poo used to having said space to yourself. Our dog, Mocha, is tolerant and loving. She rolls over for the grandchildren who are old enough to pet her softly and give her Lucky Charms under the table. But she runs from the toddlers who poke at her eyes and pull on her ears. She accepted our daughter’s 70 lb. “puppy” with canine disdain, while emulating for the timid rescue pup how to accept a leash and go on a walk.

But there were moments every day when Mocha would disappear. She would silently sneak off to her fleece mat in my closet. Under the hanging clothes, in the corner, she would curl up, undisturbed. No doubt Mocha needed a peaceful reprieve from the congestion. More than once, in my lassitude, I wished for enough space to crawl in next to her.

So, now it’s over. Everyone has returned to their own home; their own “normal.” Our home is quiet again. The refrigerator has open space and Frosted Flakes have been banished from the cupboard. Routine has risen up and chaos has retired until the next time we gather together. Meanwhile, we have memories to recall and lessons to share.

From the actions of kids and dogs: Think before you speak. Reach out for what you need. Find your quiet place. Sing softly. Say your prayers. Choose peace.