Facets of the Underground Railroad Come to Light

I recently wrote about the Capitol Building from my trip to Washington D.C. in March. We arrived when the cherry blossoms were at their peak and blooming throughout the area, not just in the Tidal Basin. There are hundreds of pink, flower-laden trees framing the water and monuments nearby including the Jefferson Memorial, Franklin Delano Roosevelt Memorial and the Martin Luther King, Jr. Memorial. It’s a sight that will be memorable forever.

Experiencing the beauty of spring was a light side to our visit, but there was also a dark side that we chose to explore – slavery and the Underground Railroad.

Our tour guide, Don, was a wealth of knowledge about the Railroad and all things “D.C.”, since he’d been a life-long resident. He gave a running commentary about the history of slavery in the area and took us visit to the oldest black churches in the D.C. area intertwined with the details of slaves and their escape through the east and Midwest, where they were given respite along the way. But, I’m getting ahead of myself.

We began with a visit to Frederick Douglass’ 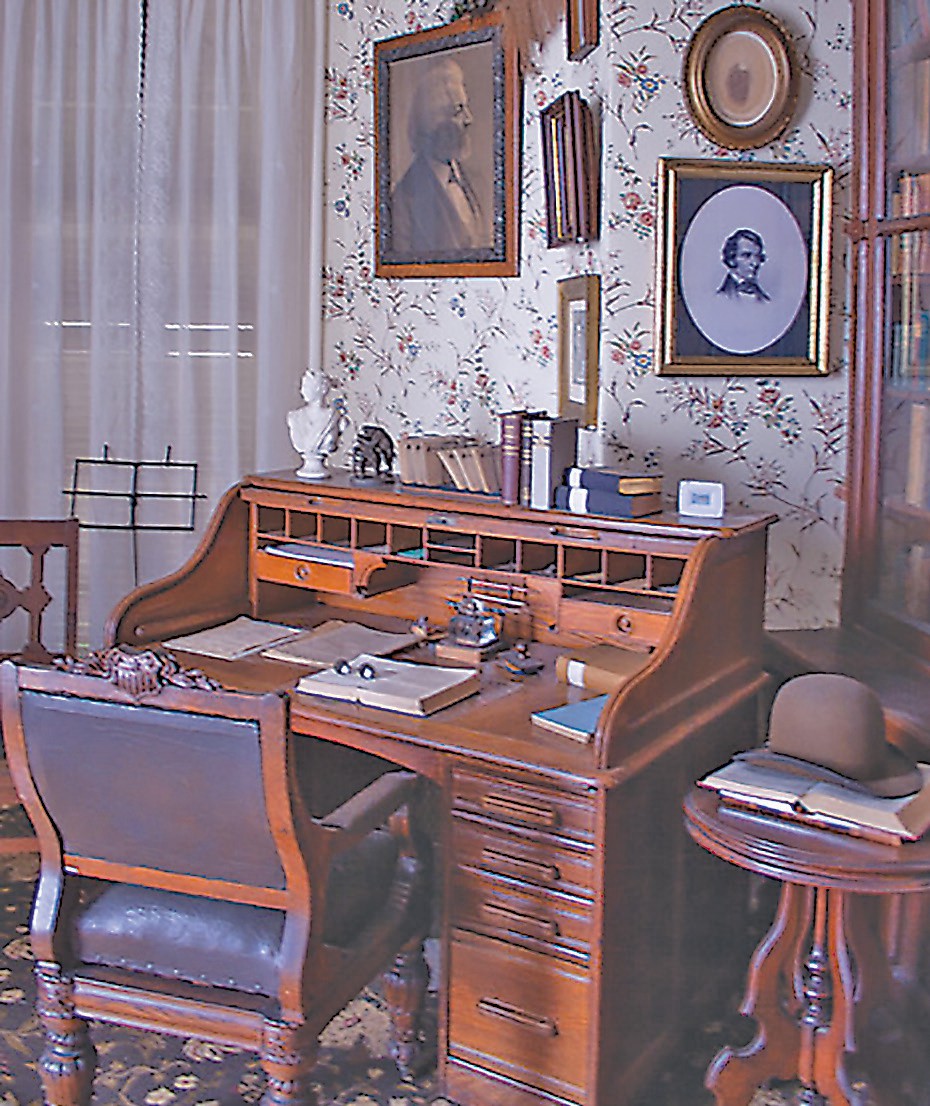 In high demand for his oratory, Frederick Douglass worked on his many speeches at this desk in his study. Photos by Jory Westberry

house in Anacostia, a neighborhood in southeast Washington D.C. The home and property is administered by the National Park Service and guided tours are conducted throughout the day. I happened to join a group of students and was fascinated by the information.

Why Frederick Douglass? He was a slave, who from an early age was in charge of the plantation owner’s child. He was whipped if he did something wrong or omitted something he should have done. He was sometimes sent to other plantations to work. Surprisingly, at one of these locations, he was taught to read by the plantation owner’s wife. Before her husband forbade her from teaching Frederick, he learned enough to know that becoming literate was very important.

Frederick Douglass knew what it was like to be property. Among other things, he was loaned out as a laborer and then a ship’s caulker. Along the way, he realized that there were free blacks and wondered why there was this difference. He wanted the same freedom. He obtained fake, free black papers and fled to the North where he lived in fear of being caught 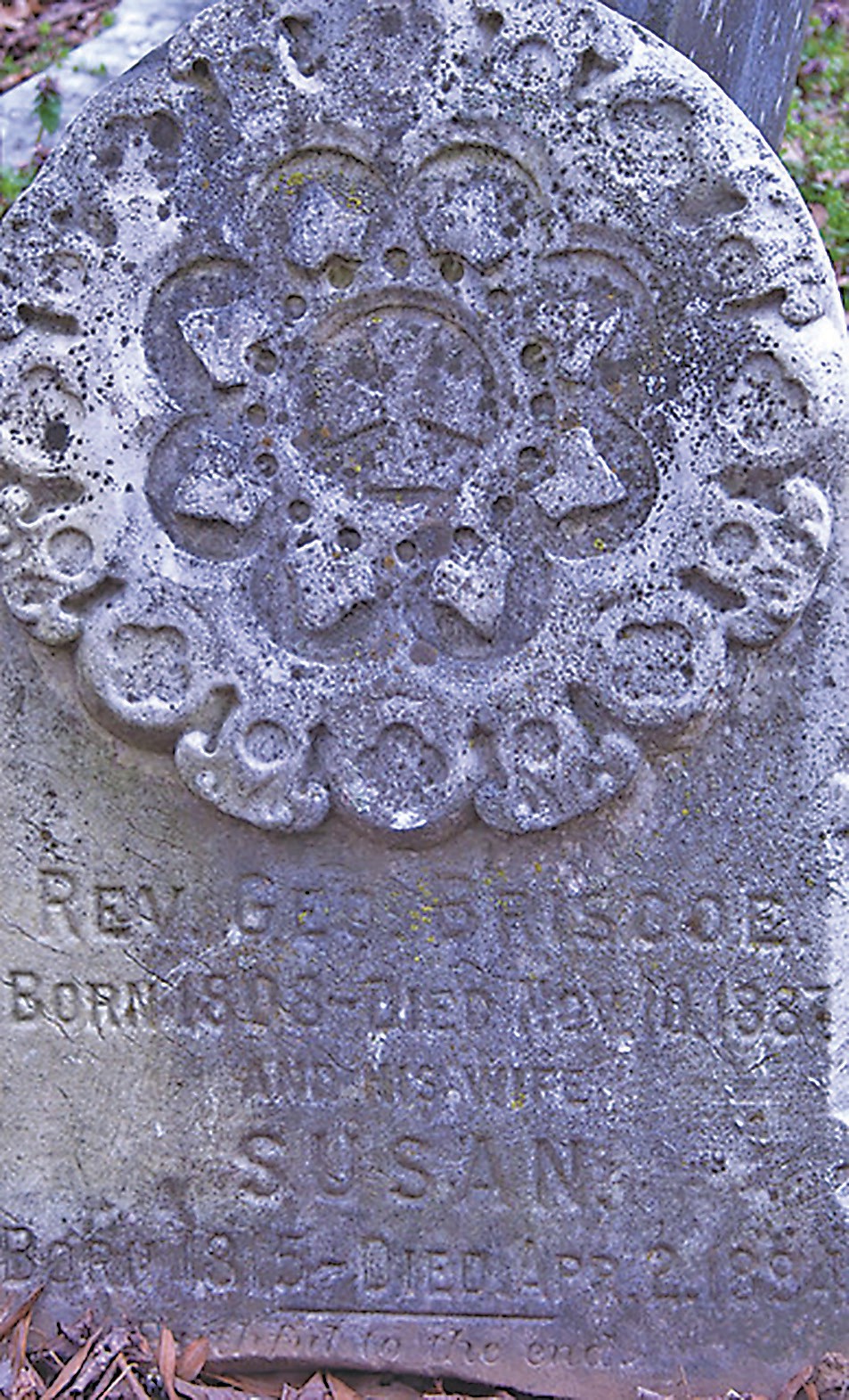 One of many graves dating back to the 1800s in the black cemetery in Washington D.C.

He met a free black woman named Anna Murray, married her and later met Henry Brown, a slave that actually mailed himself in a box to a free state. Douglass believed in equality for all people, regardless of their race, gender or country of origin.

He became an orator, author, staunch abolitionist and had influence with President Abraham Lincoln and the Emancipation Proclamation.

The abuses that drove slaves to leave their plantation owners have been welldocumented, as has the Underground Railroad. Harriet Tubman, who also escaped slavery, worked tirelessly to assist family and hundreds of other slaves from the South through the secret network of hiding places and to freedom in the North. There were strategic distances that people were moved by both black and white supporters of free dom, through caves, tunnels, secret rooms and, what we witnessed. This is the dark side I mentioned.

Don took us to a badly neglected cemetery for blacks, with tombstones tipped haphazardly, broken and covered by weeds and time. There were 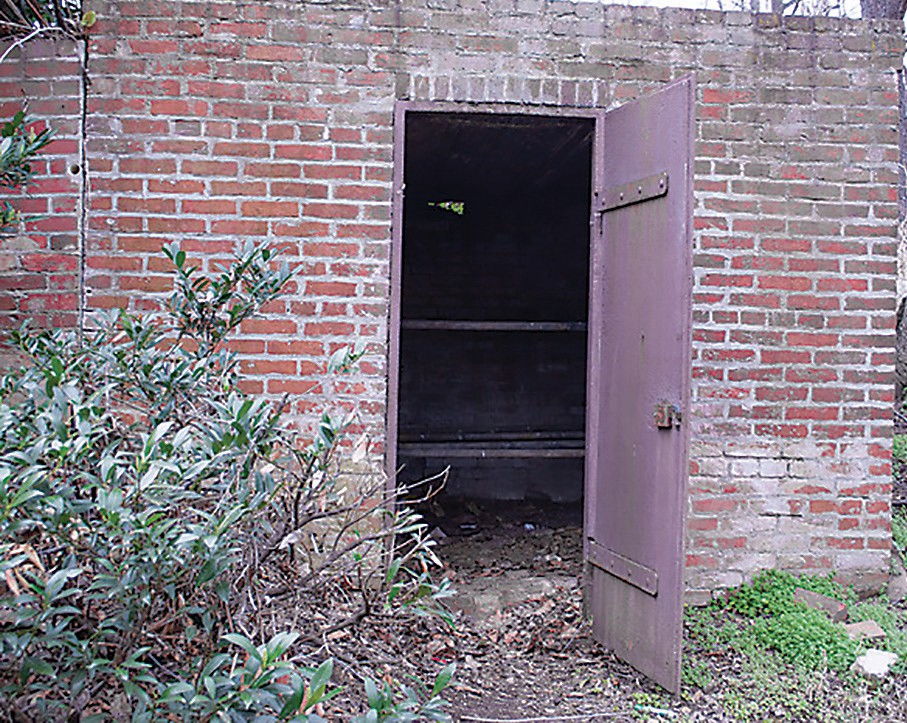 A heavy metal door could be closed and locked when the crematory was in use.

pink flowering trees in the cemetery, which lightened the mood a bit. The dates on the graves showed burials from the time of Frederick Douglass and Harriet Tubman. We picked our way carefully down a steep path to a small brick building built into the side of a hill and looked at a heavy rusty door. When opened, the inside revealed two shelves of sturdy round metal bars that stretched the length of the room.

We stood in the doorway and peered inside, perplexed. What in the world was this?

He explained that this small building was used in the Underground Railroad system. Slaves were brought here under cover of darkness and had to stay until the next phase of their escape was initiated. “Often there were bodies on the racks waiting to be cremated, but slaves had to stay inside and wait until it was safe to move again.”

Slave hunters were hired by plantation owners to find escaped slaves and bring them back to their owners. Anxious for their reward money, slave hunters took their jobs 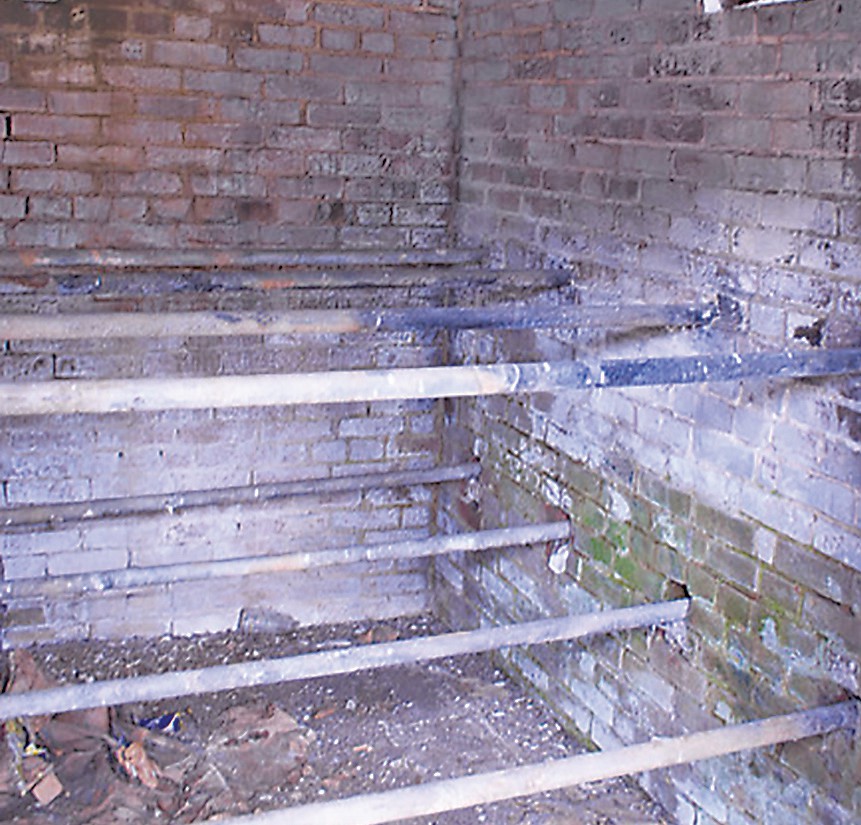 Slaves hid in this space with bodies laid across the poles waiting for cremation.

seriously, but Don explained that even some slave hunters shied away from going into black cemeteries, probably for their own safety. As a result, graveyards became one of the locations that became “safe” for moving slaves from one place to the other.

How safe would one feel sitting on cremated ashes for hours in pitch-black darkness with dead bodies nearby, all the time wondering if a noise outside meant capture or another step to freedom?

The fear that an escaping slave must have felt is beyond my comprehension. Not all slaves being shepherded through the Underground Railroad had to experience this crematorium, but I’m sure they endured other situations with danger and torturous hours of terror, before reaching free states or Canada. Being free meant everything to the escaping slaves. They put their lives in the hands of others and, eventually, left the dark and embraced freedom’s light.