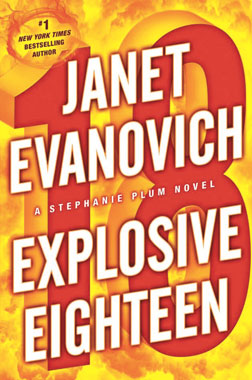 If you haven’t read a Janet Evanovich book you have missed a reading experience like no other. However, I must warn you, don’t even pick up the book if you aren’t prepared for some funky, quirky humor. If you are at the library you will find them in the mystery section, but I wouldn’t exactly call them mysteries. The author started out writing One for the Money and is now up to Explosive Eighteen with a book for each number in between. Her heroine, if you want to call her that, is Stephanie Plum. She works for her cousin Vinnie’s bail bonding company as a bounty hunter. But she is like no bounty hunter you have ever heard of before. Wikipedia describes her as a “spunky combination of Nancy Drew and Dirty Harry.” But I think they should have added, “on a bad day.”

To start with, most of the people she is looking for are at least partly nuts and she is both naïve and inept, so the combination makes for some interesting and humorous reading. And that is before you add in Lula, an African-American, size 16 body stuffed into size 10 spandex, ex-hooker, always hungry, always looking for sex, flashily dressed, but eager cohort in bounty hunting. Their problems are compounded by the fact that Stephanie seldom keeps her gun loaded, if she brings it at all, forgets to charge her stun gun, often runs out of pepper spray and uses hair spray in its place. USA Today likens them to the Lucy and Ethel of bounty hunting. But thankfully, for both their sakes, Stephanie’s two boyfriends, Ranger, an extremely viral Cuban with his own security company and Morelli, a cop, are nearby to rescue her…time and time again.

Thrown into the mix, just to make things more interesting, as if that were needed, is Grandma Mazur. She has lived with Stephanie’s parents ever since Grandpa Mazur “took the big escalator to the heavenly food court in the sky.” Grandma is well into 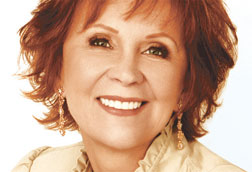 old age and still has high hopes and “the hots” for most any man who comes along and is not afraid to comment on their anatomical bright spots. Her favorite pastime is attending funerals, even for those she has never even met, as it gives her a chance to dress up, socialize and eat good food. In the movie made from Evanovich’s first book, One for the Money, which is to be released soon, Hollywood has Debbie Reynolds portraying Grandma Mazur but personally, I think the part should have gone to Betty White, hands down.

In Explosive Eighteen Stephanie is once again trying to round up several characters who have skipped bond and need to be brought in for “rescheduling of their court date.” Her office is currently a converted motor coach since the old office was burned down by a fire “of suspicious nature.” She has her choice of who to look for first. The worse the crime the more money she gets for retrieving them. She and Lula decide to pass on a domestic violence case and two armed robberies and try to find the person charged with credit card fraud by the name of Lahonka Goudge. The name alone tells you this is not going to be an easy catch. One of their other choices is Joyce Barnhardt, who was picked up for shoplifting a diamond necklace and who just happens to be an acquaintance of Stephanie’s. Joyce was the cause of her divorce when Joyce was discovered in a most compromising position with Stephanie’s ex-husband.

To further confuse the situation, Stephanie is being hunted by various thugs, some of whom are pretending to be F.B.I. agents, because they believe she has a photograph that they want badly. This photo was somehow slipped into her backpack while she was on a plane returning from Hawaii. Another character chasing after her for the same purpose, is “Raz”, who has no qualms about causing her severe bodily harm in his quest for this photograph. She has no idea why they want the picture and, in fact, threw it away when she found it in her luggage, not knowing how it got there.