Expectations for Florida’s housing sector in 2014 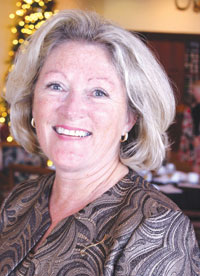 News from economists at the Florida Realtors 2014 Real Estate and Economic Summit in Orlando indicates that growth is expected to continue but at a slower rate than we experienced in 2013, according Florida Realtors Chief Economist John Tuccillo.

“The real estate market is going to grow, and we’ll probably see about a 10 percent increase in residential sales,” Tuccillo said. Home values will rise at roughly five percent a year, which is in line with historical trends. However, in the last 18 months, home values have gone up about 12 percent.” Average sale prices on Marco Island were up 14 percent year-over-year in November.

Some of the concerns raised about the potential for another housing bubble based on increasing home values seem to be overblown when one considers that home values dropped approximately 50 percent from 2006 to 2008. While we have certainly seen increases in these underlying values during the past year, they are nowhere close to the levels experienced at the peak in 2006.

There has also been an expectation that interest rates will begin to rise as a result of the Federal Reserve discussing the possibility of tapering its bond-buying program. In a televised news conference on Wednesday, Dec. 18, Federal Reserve Chairman Ben Bernanke did announce a tapering program. However, at the same time, he also indicated that interest rates were expected to remain low through 2014 and beyond. We believe that this will continue to spur economic growth, which can only help the Florida housing market as a whole including our local Marco Island market.

The most recent stats for the month of November 2013 from the Marco Island Area Association of Realtors show that closed sales have slowed to some degree when compared to last year, but pending sales were up, indicating that the market remains healthy. The Marco Island real estate market is certainly getting brighter as we enter the New Year.