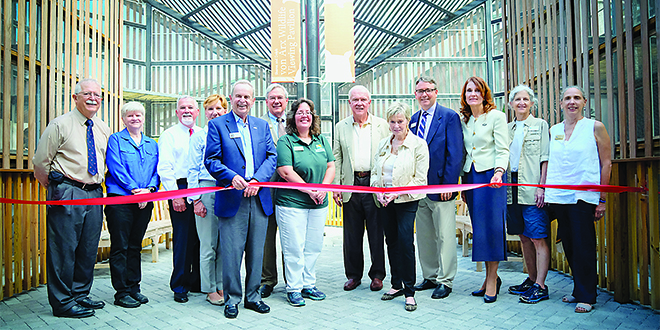 The new outdoor wildlife rehabilitation and guest education areas are now open at the von Arx Wildlife Hospital at the Conservancy of Southwest Florida in Naples. The expansion includes state-of-the-art wildlife recovery areas and new structures that allow the Conservancy staff and volunteers to best serve the growing number of sick, injured and orphaned native animals brought to the Conservancy for care.

“For many of our von Arx Wildlife Hospital patients, most of their recovery time takes place outside – in a more natural setting,” said Joanna Fitzgerald, director of the von Arx Wildlife Hospital at the Conservancy of Southwest Florida. “The new outdoor wildlife recovery areas provide the optimal environment for these animals to recuperate with the goal of giving them a chance to be free.”

• Two large outdoor rehabilitation structures to accommodate the increasing number of patients, including the ability to care for otters through the entire rehabilitation project

• Improvements to infrastructure including water, power and caregiver access 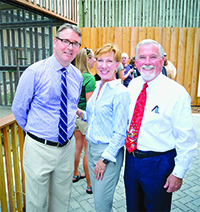 Due to permits, the vast majority of work at the von Arx Wildlife Hospital happens behind-the-scenes, away from public view. The new public exhibits provide guests with a variety of opportunities to learn about work that takes place inside the wildlife hospital and how to prevent injury to wildlife.

The new Sapakie Wildlife Exhibits are geared toward educating members and visitors on the reasons why animals are admitted to the von Arx Wildlife Hospital, the types of medical care they receive, and the ways the public can help prevent wildlife injuries. In addition, the exhibit has a kids’ play area, where children can transform into Junior Veterinarians and join Dr. Ollie Owl for hands-on activities emphasizing how the hospital cares for patients.

The new von Arx Wildlife Viewing Pavilion gives guests the opportunity to come face-to-beak with three wildlife ambassadors. These permanent residents are former hospital patients. Due to the severity of their injuries, they are unable to survive in the wild. Guests can meet a Red-tailed hawk, Bald eagle and 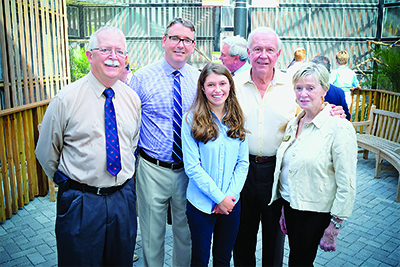 The $2.3 million expansion, built by Stevens Construction, began with a $500,000 leadership gift from Dolph and Sharon von Arx. The Conservancy earned a competitive grant from the State of Florida for another $500,000 for the expansion.

“The increase in the number of injured wildlife in our region created an urgent need for enhanced rehabilitation areas for these patients,” said Dolph von Arx, former Conservancy Board Chairman. “Sharon and I are pleased that we can continue to support the Conservancy’s mission to care for injured and orphaned wildlife.”

Prevention of Injury to
Wildlife Campaign

During the expansion celebration, the Conservancy announced a new public outreach campaign, Through their Eyes. The campaign intends for the public to see life through the eyes of Southwest Florida’s wildlife. The initiative’s call to action urges the community to protect wildlife and preserve their habitats. The campaign was inspired through a partnership between the Conservancy and advertising students at the University of Miami, School of Communication.

For more information regarding opportunities to support the von Arx Wildlife Hospital, please visit www.conservancy.org/wildlife/expansion or contact Paul Seifert at 239-403-4205 or PaulS@conservancy.org.